TOP > Article > A Lawyer Talks About How Startups Can Involve Stakeholders in Rulemaking.
SHARE
TO TOP 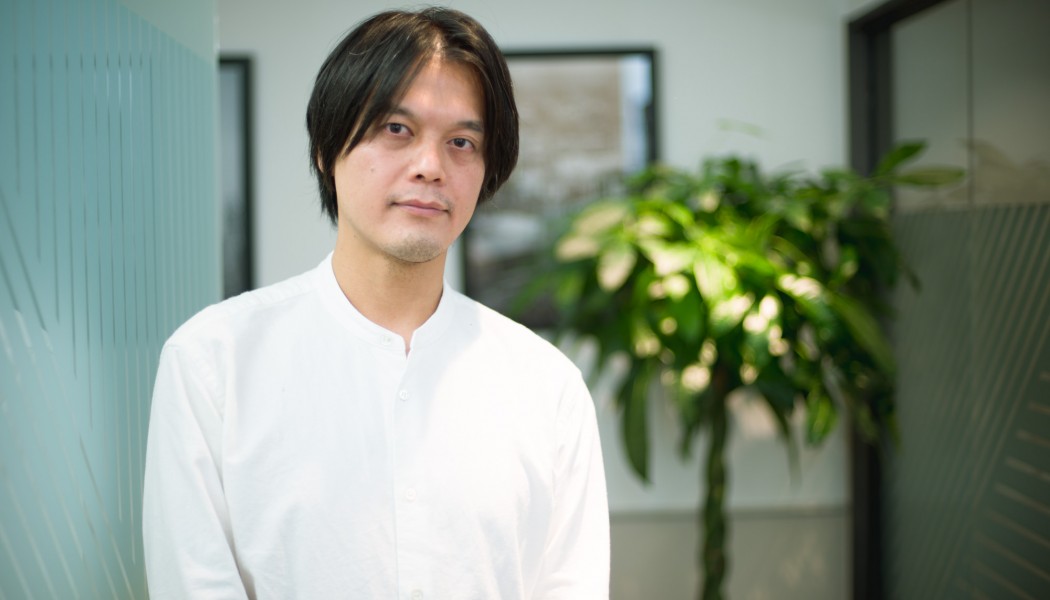 A Lawyer Talks About How Startups Can Involve Stakeholders in Rulemaking.

It is not uncommon for a new industry to be in conflict with existing rules. In a time when ’compliance’ has become a buzzword and we obsess over following the rules, this can be difficult for those in a new industry. Moreover, sometimes it is to formulate rules that are consistent with the times.

We asked Takahiro Saito, a lawyer specializing in strategic legal affairs of corporates and involved in crafting rules for the nighttime economy, about what to focus on when resolving conflicts with existing rules. His answer provided useful insights to anyone who is part of a new industry.

・When it comes to creating rules, a ‘rules are made to be changed’ mindset is important.
・Revising the law involves creating a larger agenda and involving stakeholders.
・Similar to overseas countries, Japan needs an ecosystem for governments and companies to comply with regulations.
・Rules that startups should create.
・Main points 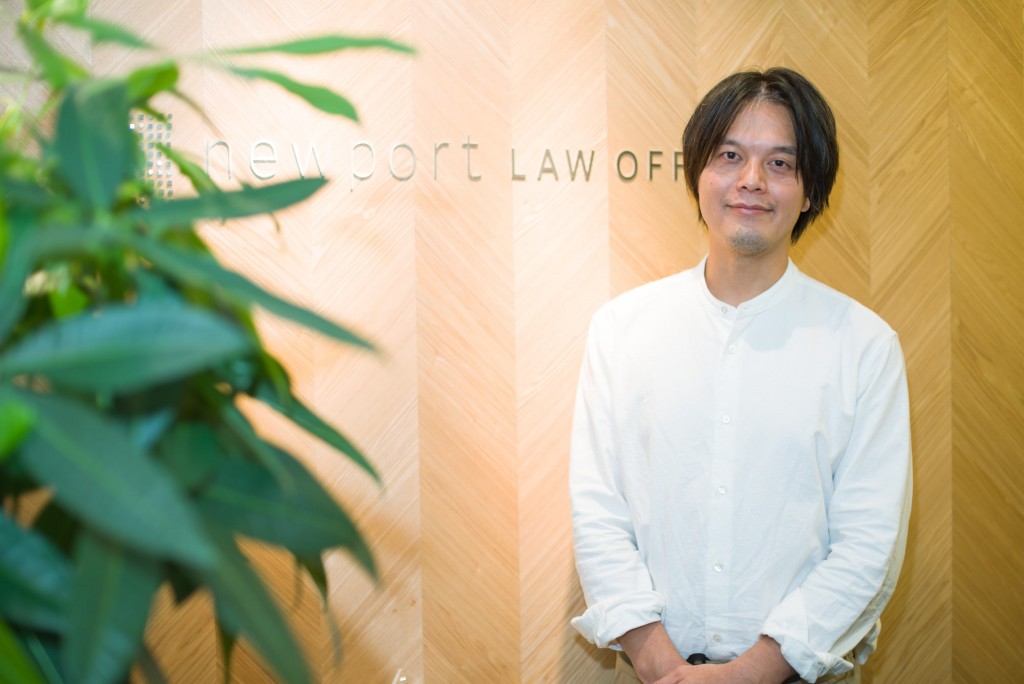 Takahiro Saito
Takashiro Saito graduated from Gakushuin University in 2002, passed the bar exam in 2004 and established Saito Law Office in 2013 as w ell as the Newport Law Office in 2016. He focuses on strategic legal affairs, including lobbying, and he has spearheaded revisions to the Law Regulating Adult Entertainment Businesses, which regulates nighttime entertainment.

When it comes to creating rules, a ‘rules are made to be changed’ mindset is important. 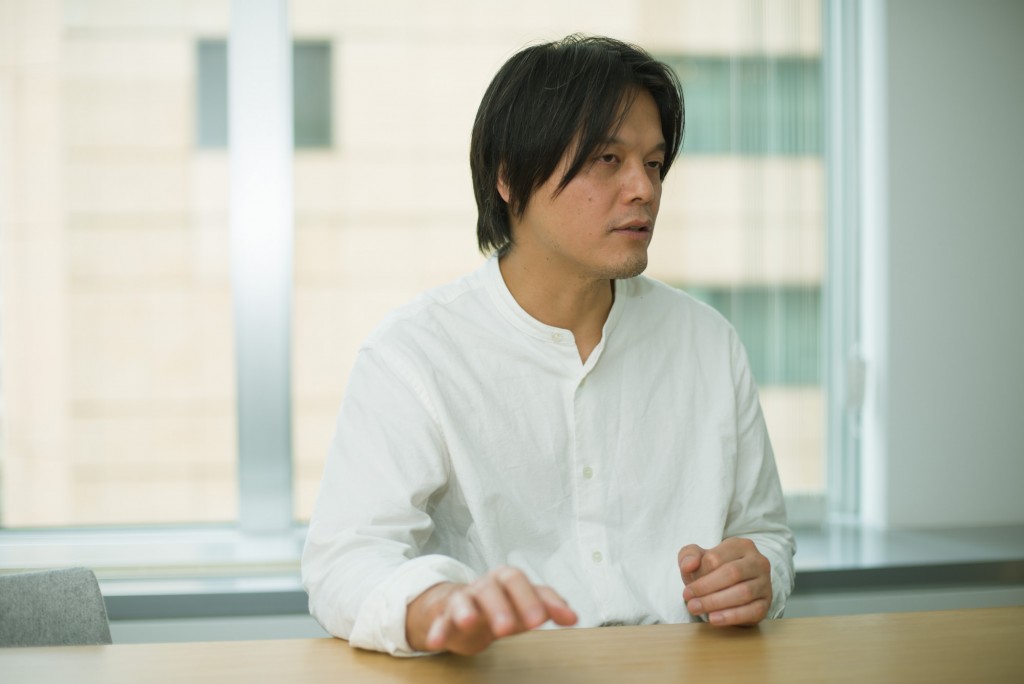 Laws are enacted out of need. As the world is in a continuous flux, laws should also be flexible. However in reality, this is typically not the case. Nonetheless, currently laws are not revised unless the problems arising from the differences between law and historical background becomes overly burdensome.

In particular, in the last decade new industries launched one after another and many would argue that existing laws have not been able to keep up. In response, the government has started to step in to support the new industries. However, Mr. Saito points out that the hardest thing about changing the rules is not dealing with the government or law enforcement but changing the mindset of the people who propose these rules.

Mr. Saito: “When it comes to the law and rulemaking, there is a persistent image of the government and related entities for creating bottlenecks but quite often public officials seem able to respond quite flexibly. Instead, the challenge is to change the perspective of those who propose new laws. At present, Japan is considered to be not good at compliance, and it is fixated on the best possible way to protect the framework provided by the government. First and foremost, it is important to create a mindset that rules are made to be changed. I have been working hard to build trust with stakeholders to change my mindset as well.

Quite often, startup operations are hampered by existing laws. However, it rarely occurs to people that perhaps the rules should be changed. Companies in Silicon Valley and China strictly comply with regulations, devoting almost as much in resources and debate to compliance as to developing their services. In Japan, it is rarely the case that a company devotes resources strictly to complying with regulations.” 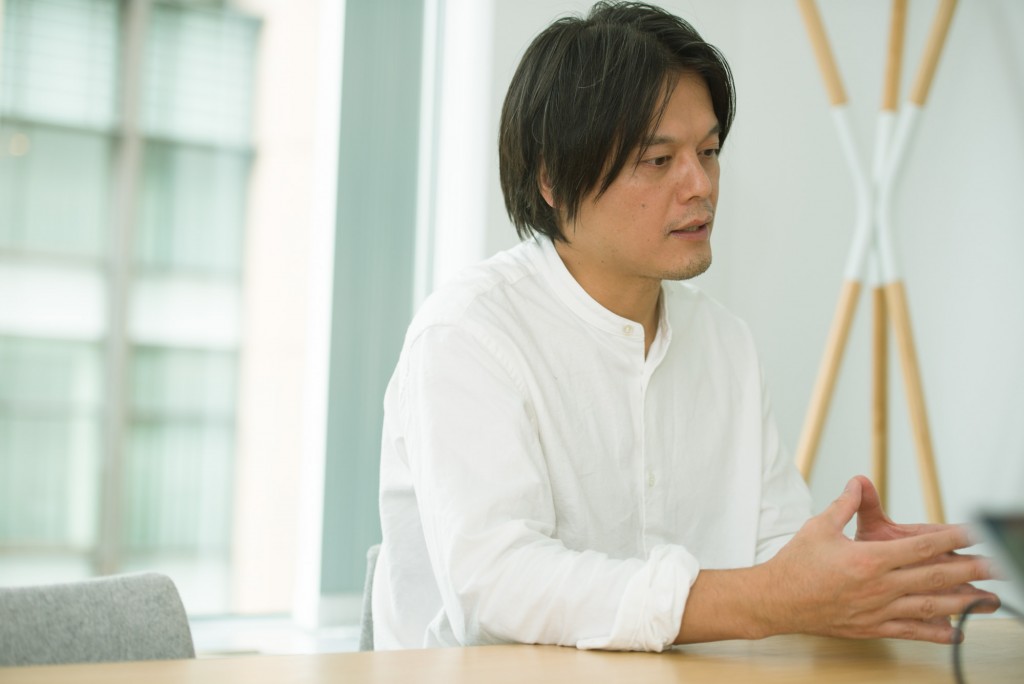 Along with having the proper mindset, it is also important to have “a big agenda.” This is something that Mr. Saito learned from experience. This experience which emphasized on corporate strategic affairs, was in creating rules for the “nighttime economy.”

Before working in the legal world, Mr. Saito was a musician. It was when a past acquaintance from his time as a musician sought out his advice his work on these rules began.

Talking about it Mr. Saito said, “An old musician friend of mine asked for some advice regarding the adult entertainment business, which covers categories such as live houses, nightclubs, game centers and similar businesses which are perceived to entice people to gamble. Under the Law Regulating Adult Entertainment Businesses, which governs nightclubs, in principle, these businesses are prohibited from operating after midnight, and operations before midnight requires permission from the police. In addition, to obtain a permit, restrictions were placed on building location and structure, presenting a considerable barrier. As a result, many businesses operated without permits.”

The impetus for change was the situation in America-Mura, Osaka around 2010. There was a lack of public order and club operators and residents were often at odds. With live houses and nightclubs constantly operating without permits, the police couldn’t simply overlook the situation. Club operators, the targets of these regulations, were frustrated but were unable to voice their concerns publicly. Ryuichi Sakamoto and other cultural icons were very active in the area. Concerns about a declining music culture led to a sudden increase in efforts on social media by artists forming groups to collect signatures for an appeal for revision of the laws.

Saito said, “With a mindset that ‘rules are made to be changed,’ artists, cultural figures, and club operators came together to appeal for changes to the law. But this was not enough to change the government’s mind. This is because the not many people go to live houses and clubs, and thus this group simply did not have much clout. Therefore, instead of just engaging in litigation and demanding that these clubs be protected, we decided to aim higher.

I got involved with real estate developers, people involved in inbound tourism, and individuals in the content field, such as Cool Japan. Even when the Law Regulating Adult Entertainment Businesses was being widely debated in the media, I believe these individuals did not see it as their problem, but thought of it as others’ concerns. I told them, ‘While the night economy is bustling overseas, in Japan, you are just being regulated out of business. The night scene of Japan is unique, making it an important urban experience for foreign tourists.’

When it came to revising the law, this effort involved the parties getting to know people from different walks of life with whom they previously had little contact with. Ultimately it was critical to get the government to change the law, but before we could do that, we needed to find allies in an effort to grow our agenda. To position this as an important national debate, we needed to increase the number of stakeholders.”

Similar to overseas countries, Japan needs an ecosystem for governments and companies to comply with regulations. 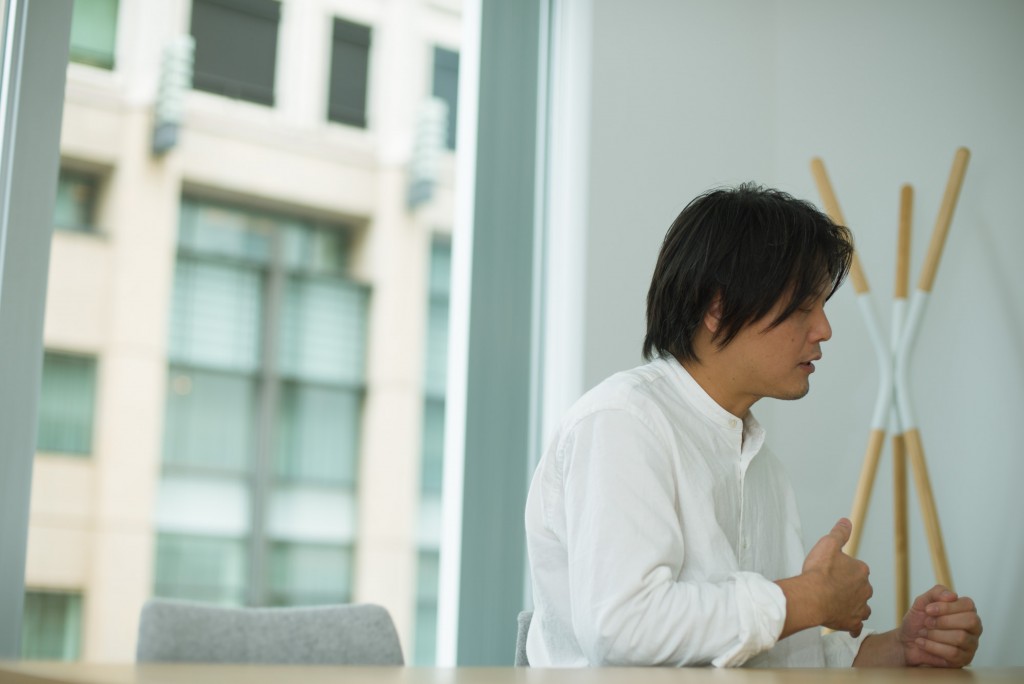 Overseas countries have frameworks for checking to see if an infrastructure for growing a specific industry – called framework conditions – is in place. In Europe, Night Mayors, i.e., persons who promote the nighttime economy, create these framework conditions, provide services and urban development with the government footing the bill.

While countries overseas have established such ecosystems for the government and companies to respond to regulations, Japan does not yet have such a system in place. However, Mr. Saito tells us, that Japan needs to get busy creating such an ecosystem and cites the Sharing Economy Association as a model organization in this regard.

Mr. Saito explains, “In the sharing economy, bureaucrats, startups, lawyers and other professionals come together to discuss regulatory compliance. While the government and law offices are indeed establishing points of contact for questions regarding regulatory compliance, not many individuals actually utilize these. Bearing this in mind, in the sharing economy, study sessions are held in each community, with key people from government and the like invited to take part and networks created. I believe we are now at the stage where we need to create such a community.

Run by millennials, the Sharing Economy Association has a young and fresh feel. If the sharing economy had been confined to a narrow range of esoteric activities such as private lodging and ride sharing, it may have attracted competitors, and things might have not happened so smoothly. Also, if the Law Regulating Adult Entertainment Businesses had only been revised for clubs, it probably would have been widely opposed. I believe that with the use of the term ‘nighttime economy’ allowed everyone to come together.

Creating rules also requires copywriting, PR and other skills, as it’s similar to creating a concept or copy to convey the appeal of a product. I believe new rules are necessary because it is important to create a framework and context so that stakeholders can take it from there.”

Rules that startups should create. 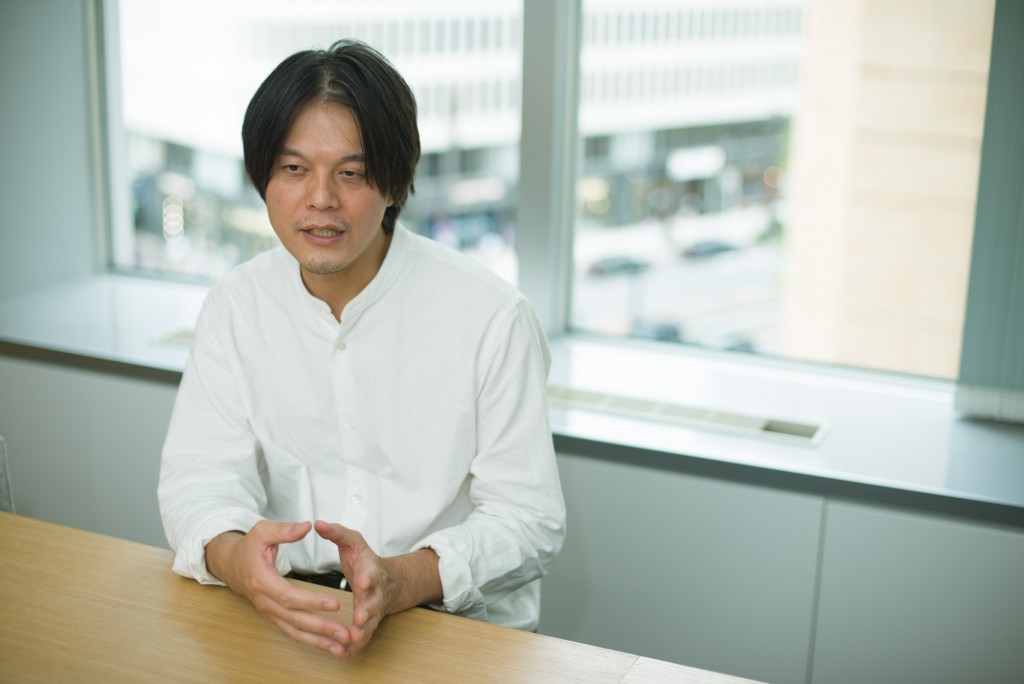 Mr. Saito says that modern Japan is in a transition period when it comes to rulemaking. With younger lawyers on board, attorneys’ offices no longer project an image of “providing advice only after trouble occurs.” as more and more offices are now willing to engage in consultations on rulemaking. Similar to their need to hunt down new talent, startups are also finding it necessary to find top-notch legal help.

Saito said, “Traditionally, lawyers were retained to deal with regulatory compliance. However, startups want to use their limited resources on service development, not corporate lawyers. However, if the service they provide is likely to violate existing regulations, then there are situations where it would be better for the startup to do some preliminary research. I believe it is also strategically important to allocate resources taking into account priority.
Moreover, I believe changing the law is rarely necessary; most issues can be handled by changing the interpretation of the law. However, if government does not properly grasp operational risks, it may try to interpret the law too narrowly, so it is important for businesses to have appropriate inputs and to build trust.
As the legal world changes, if companies act with the idea of ‘changing the rules,’ rulemaking in Japan will be further accelerated. However, the challenge is that there is no systematic know-how when it comes to rulemaking.

Saito said, “At present, people in their respective positions are working to resolve the issues at hand even as they start changing the rules. This is largely an individual pursuit and does not involve knowledge. If rulemaking is recognized as a profession, I believe that this will lead to more cases [of rulemaking] with a general-purpose framework established and knowledge firmly entrenched. On the other hand, rulemaking is different from normal client work. Due to high public interest, the emphasis on business only distorts the rule-making process. This balance is very difficult, but I think it is the most important part.

In a time when society is changing rapidly, things now occur that were unimaginable at the time existing legislation was enacted. The Law Regulating Adult Entertainment Businesses was enacted in 1948 so it should come as no surprise that it no longer works the way it was intended. With conflicts with existing legislation flaring up in various industries, it is safe to say that rulemaking will be a must for future startups.

・When it comes to changing rules, the ‘rules are made to be changed’ mindset is important.
・In order to position changes in rules as an important national debate, it is necessary to increase stakeholders by finding a common cause, as opposed to relying on litigation.
・For rulemaking, it is important to create a mechanism to create a narrative and context so that stakeholders can take action on their own.
・Similar to bringing new employees on board, startups need to seek out professional legal help when dealing with laws and regulations.

◆ SNS
It is not uncommon for new industries to be in conflict with existing rules. The question is what is needed to formulate rules for the present time to avoid conflict.
We interviewed Takahiro Saito, a lawyer who has involved stakeholders in efforts to revise the law.