TOP > Article > Personality first: Art and startups have something surprising in common
SHARE
TO TOP 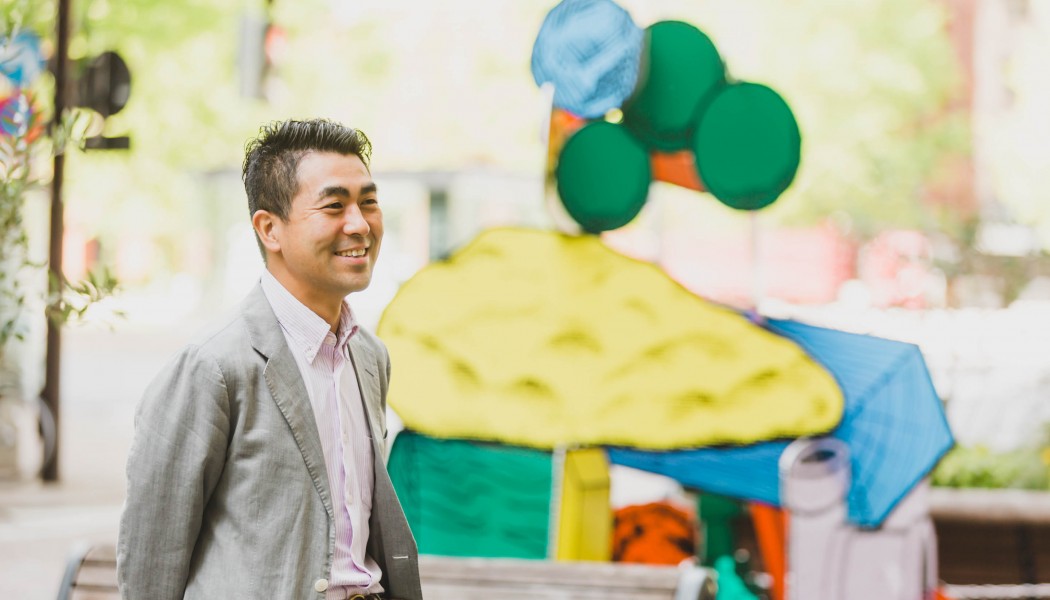 Personality first: Art and startups have something surprising in common

What image comes to mind when we hear the word “art?” Many people may think it is difficult to understand, or that art is understood only by a limited number of people.

On March 8, 2021, an organization was established with investments from four companies, including Mitsubishi Estate Co., Ltd. The organization is called MAGUS Co., Ltd. and focuses on media businesses in the art field, as well as consulting businesses that utilize art within business. It aims to expand the art market in Japan.

Contemporary art may be perceived as something inaccessible, but “art and startups are similar,” according to Mr. Okino of the Mitsubishi Estate Co-Creation Marketing Office, who oversaw the equity participation of MAGUS.
We asked him about the intention behind the creation of MAGUS and how Mitsubishi Estate views art from the perspective of urban development.

・Personality first: A surprising commonality between art and startups
・How to mature the art market in Japan
・Art as a means for reflection, creating a city with a solid core
・Key points 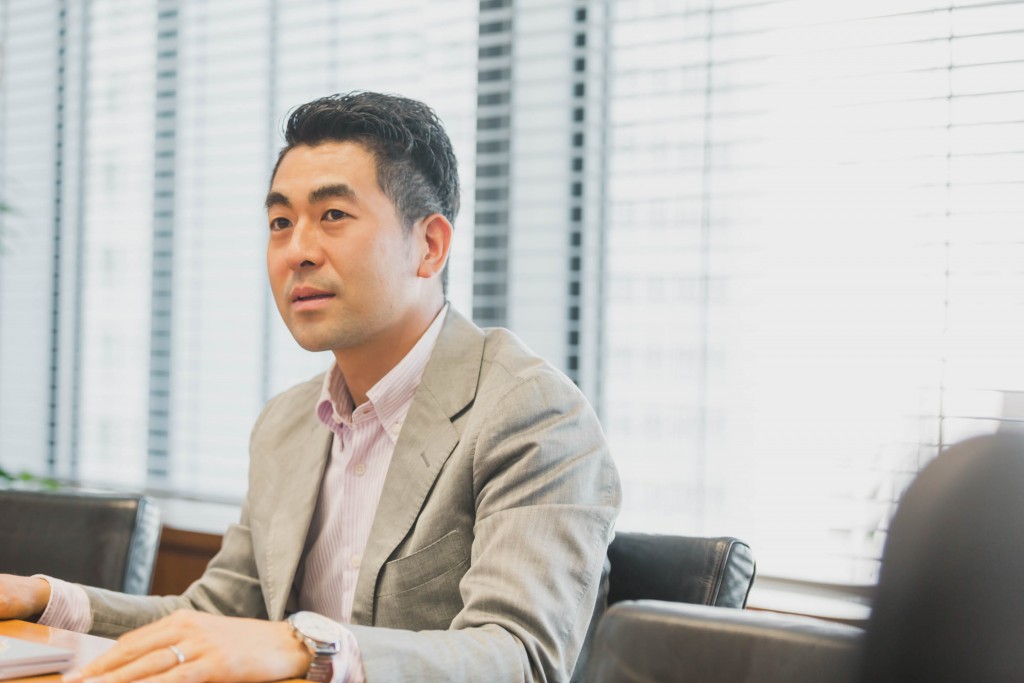 Shuichi Okino
Director of the Co-Creation Marketing Office, Sales Planning Department, Mitsubishi Estate Co.
Okino joined Mitsubishi Estate in 2008. After being transferred to the Mitsubishi Jisho Residence, which is engaged in large-scale mixed-use redevelopment projects, office building development projects, and residential projects, he joined the Co-Creation Marketing Office in 2019. In this capacity, he seeks to collaborate with various external players to increase the value of the Mitsubishi Estate Group’s existing businesses and to create new value based on “new services” and “new targets.”

Personality first: A surprising commonality between art and startups

Mr. Okino oversaw capital participation in MAGUS and has a deep knowledge of contemporary art. However, before his involvement with MAGUS, contemporary art was a bit of a distant experience for him.

Okino: “When I was a student, while I liked to draw pictures, in a state of not understanding anything about contemporary art, there were many things that made me wonder and ask, ‘What the heck is this?’”

However, he explained that when he stepped into the world of contemporary art with interest, he began to realize various things. What he found particularly interesting was the similarities between art and startups.

Okino: “When I stepped into the world of contemporary art and spoke with people in the art industry, I was blessed with the opportunity to talk with gallerists and curators. At that time, I took the liberty of asking them, ‘What is the key to identifying an up-and-coming artist from the standpoint of a gallerist?’ The answer I got was, ‘Personality.’
Rather than looking at the work itself, the gallerists were looking at why an artist chose to express themselves in such a way, and what they were thinking when they created the work. In other words, they were looking at the ‘human thoughts.’ It occurred to me then that art is an industry that looks at the artist and hopes for growth, just as VCs look at people and teams to decide which startups to invest in.
Another interesting similarity is that artists’ works have a context, such as a historical background. If you’re too far ahead of your time, you won’t be understood, and if you are late to the scene, you’ll become obsolete. This is also similar to the situation when a startup releases its own product, is it not?” 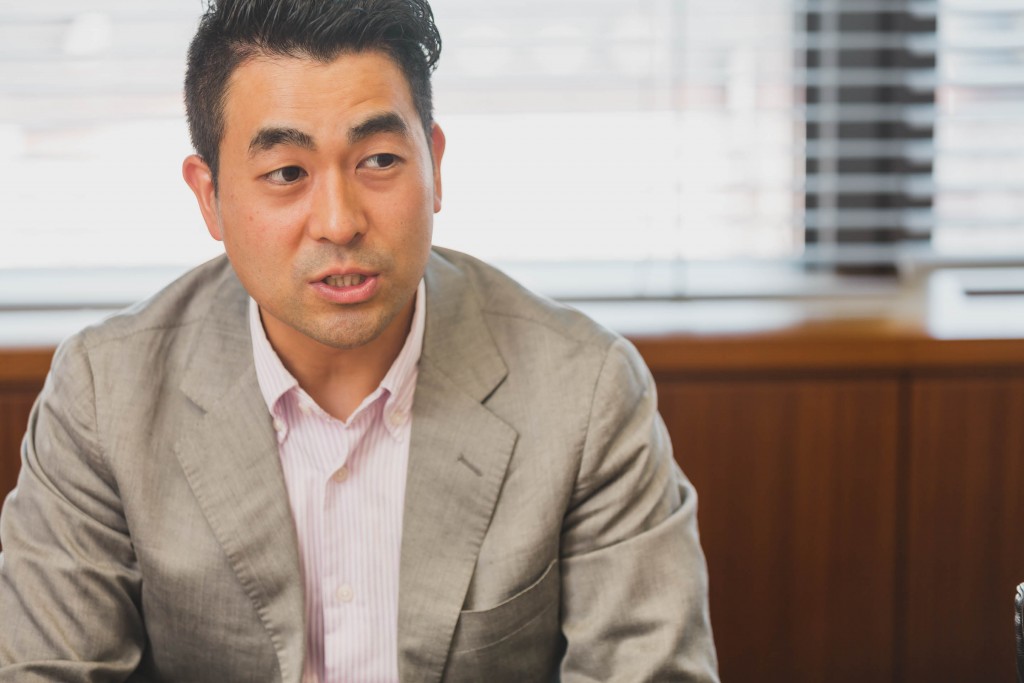 Since then, Okino has actively contacted artists and gallerists to listen to their stories. Because we are living in the same era, we can communicate with contemporary artists. More than anything, the current art industry needs to increase the number of willing artists and gallerists, and to develop its business.

Okino: “When we hear someone close to us say, ‘I’m going to earn my living as an artist,’ we tend to think, ‘Will they be okay?’ What gives rise to these thoughts is the immaturity of the ecosystem. It’s easy to understand if you compare it to the startup ecosystem. A long time ago, there were not as many startups, VCs, and investors as there are now. If a young person said, ‘I’m going to work at a startup,’ people would ask, ‘Is it safe to work for such a company?’ Now, there is hardly anyone who would object to working at a startup. That’s because the number of startups have expanded, the amount of money flowing into them has risen, the number of successful startups have increased, and there are more people who feel close to them. I believe that the art industry will eventually follow a similar path.”

How could we then create a movement to make art more accessible? Okino said the answer is to “utilize the hipster spirit.”

Okino : “I think that many Japanese people tend to be followers of trends. Not only are they sensitive to trends; it’s not unusual for a brand to become popular as soon as it is recognized as ‘a brand that the founder of a famous company is paying attention to’ or for a product to sell out after being photographed on Instagram. When you think about it like that, I think it’s something that will gradually spread when people who are known influencers begin to pay attention to art and start broadcasting it.” 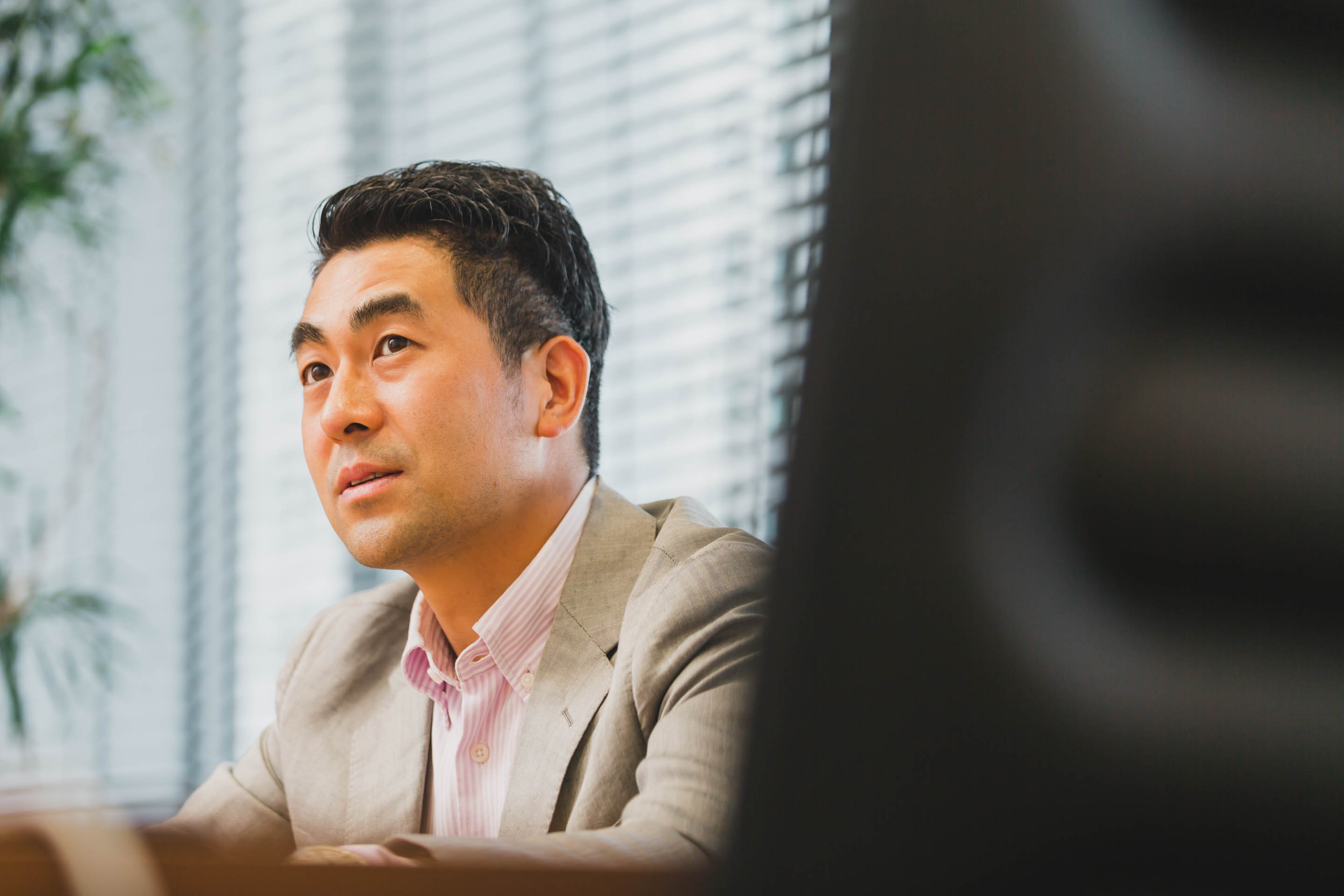 As more and more people come into contact with art in this way, art becomes a common language. In recent years, art has become a starting point for communication, as seen in communities that form when people come together in galleries to share their purchased art.

Some of the major companies hold art seminars for their management. The world of contemporary art is something that should be studied from a business perspective, as it is a field in which empathy toward others is crucial.

Okino: “We have seminars on the context of art, and we also have educational programs to make people feel more familiar with art within the company. The first thing we need is for art to become a common language for people, just as it is with sports and entertainment.”

How to mature the art market in Japan

Okino, who called for “art to become a common language” and stated that the Japanese art market is still in its infancy, and it is the mission of MUGAS to help it mature.

Okino: “In Japan, there are museums all over the country that are so large that they attract visitors from overseas and exhibit masterpieces. Whenever a famous painter or work of art makes a triumphant return to a special exhibition, there is always a line of people waiting to get in. However, the story changes when it comes to buying and selling art.
Compared to other countries, the amount of art traded in Japan is remarkably low. The number of people visiting art museums is high compared to other countries, and it remains the case year after year. But when it comes to buying and selling, only a few people are interested.
Considering Japan’s GDP, it is not that Japan does not have the financial strength to purchase artworks. I think the problem is that even though Japan is a strong nation, art has not become a part of our daily lives. There are a lot of people who visit events like special exhibitions as an extraordinary experience, but there are not many Japanese who are interested in owning artwork.” 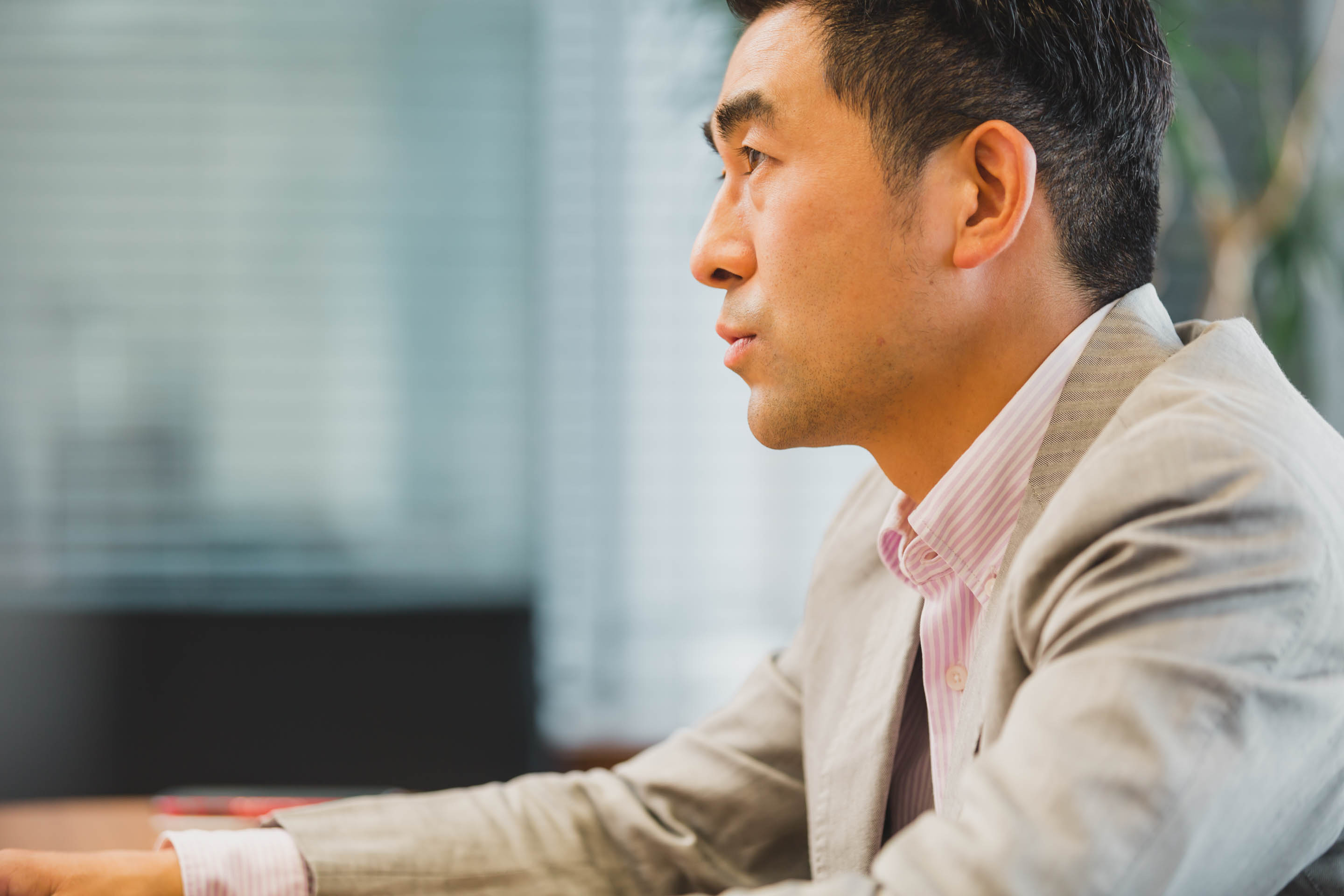 It is not uncommon for Japanese-born artists to relocate overseas as it is difficult for art to be bought and sold in Japan. So why isn’t the art market growing? One problem is that the circulation of information is lacking.

Okino: “I think one thing that a mature art market overseas has that Japan does not is ‘criticism.’ There are opportunities and culture to come into contact with art in Japan, but there are very few people and media that understand art from the perspective of criticism and that broadcast their criticism. I think that’s why no one is getting the information they need to make a purchase.
In the business that MAGUS will develop, we will transmit relevant information for purchasing art. In particular, we envision that, with a focus on contemporary art, prominent figures in various fields will act as art critics and MAGUS will distribute such criticism as content.”

Okino: “More and more high brands and manufacturers that are active worldwide are incorporating art as a way to enhance their corporate image. Our mission at MAGUS is to create a world where art and business are linked, as in the case of a company that increases the value of its products by featuring contemporary art.”

Art as a means for reflection, creating a city with a solid core 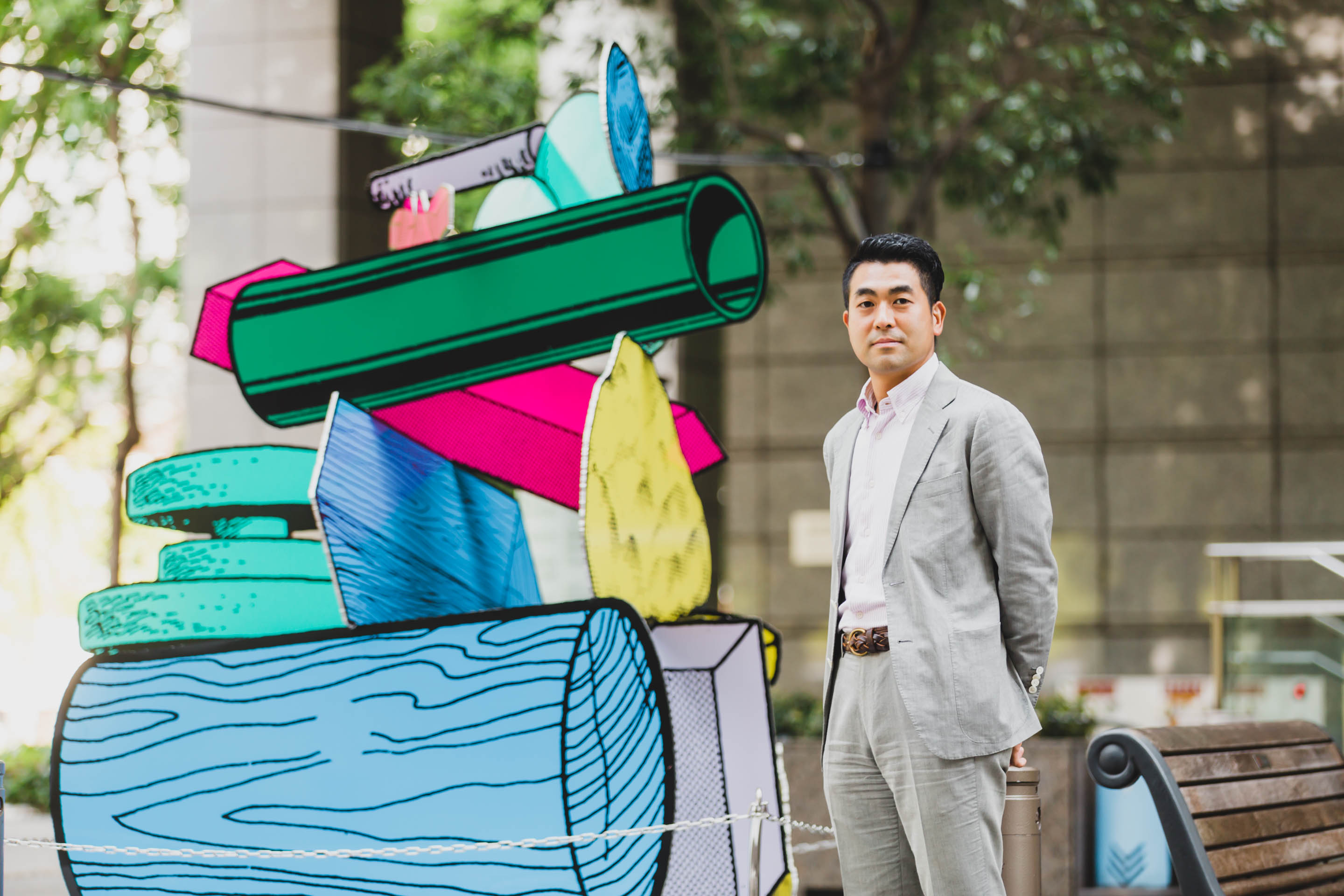 Mitsubishi Estate, which has been conducting business with a focus on urban growth, is now considering incorporating the context of art into urban growth. In the future, in cooperation with MAGUS, the company aims to create a unique town that utilizes art.

Okino: “Yurakucho is located in close proximity to Marunouchi, the heart of Mitsubishi Estate. It is close to Ginza and has a long history as a town that values cultural development. I hope that in the future, we can take advantage of this background and work to build Yurakucho as a town of culture and art.”

As Mitsubishi Estate was involved in urban development for a long time, they felt that the attitude necessary for urban development was “to have a solid core.” This stance is also one of the common points with art.

Okino: “The town does not need to be a town where 100 out of 100 people say it is good; rather, there should be at least a few people who love the town. That’s what’s necessary for urban development. Because we are building towns with different histories and characteristics, each town needs to have its own unique features.
It is very important to think about how you can create a town with a solid core. Mitsubishi Estate’s raison d’etre is to create towns with new perspectives and intentions that do not exist in current towns. This is the raison d’etre of Mitsubishi Estate.”

MAGUS has a wide range of roles to play, including the expansion of an economic zone based on art, the creation of culture, and the revitalization of the city; these have great potential to change the future.

Okino: “Ultimately, I want to create a toC paid membership platform and an economic sphere where people with art as their common denominator gather. We need a market where artists can choose their stage, whether it’s Japan or the world, rather than abandoning the option of working in Japan.
I am aware of the interest and need for cultural development as a country. The other day, I had a chance to talk with some government officials, and I felt their strong will to foster culture. MAGUS will work to bridge the gap between artists, consumers, corporations, and the government, while exploring the possibilities of art.”

・MAGUS is an art business company established on March 8, 2021 with investments from four companies.
・Hints for the formation of an art market can be found in the growth trajectories of startups.
・More action is needed to bring art closer to people through companies and celebrities.
・Mitsubishi Estate also sees the potential for urban development using art.