TOP > Article > Rules and laws should be updated with flexibly. Complete rulemaking for the public and private sectors that can be used for creating ecosystems
SHARE
TO TOP 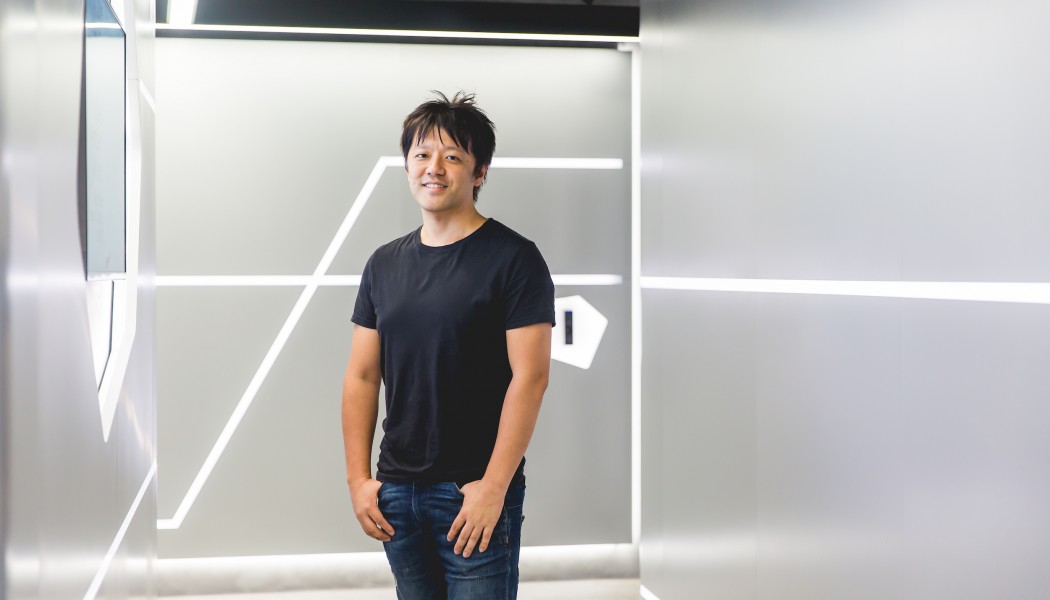 Rules and laws should be updated with flexibly. Complete rulemaking for the public and private sectors that can be used for creating ecosystems

Takeshi Kito asserts that “rules are made” on the basis that “laws and regulations should be updated flexibly.”(*1) Mr. Kito, CEO of Cloud Realty, which operates a P2P-type equity finance platform specializing in real estate, and director of the FinTech Association of Japan, is involved in rulemaking both domestically and overseas for the creation of new industries regardless of their size. What are the elements necessary for “creating new rules” related to industry and social infrastructure, beyond the one in which the business is involved? We asked about his perspective as a rule-maker and director of the association.

*1 In terms of speed and agility, we used a short feedback cycle process known as iteration, which is one of the development methods used to minimize risk. 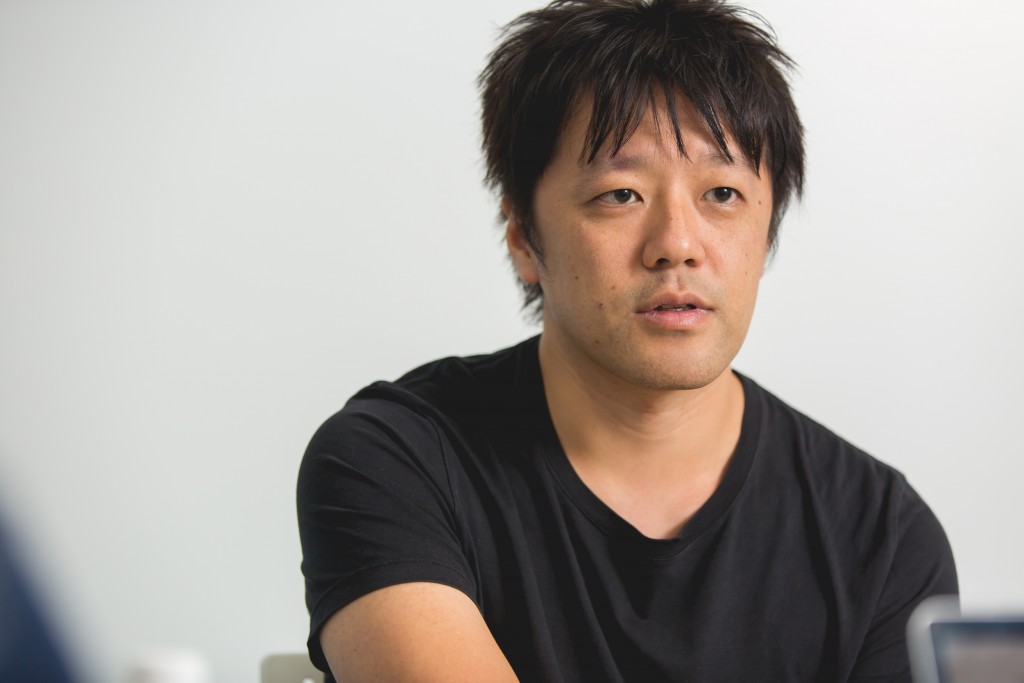 Takeshi Kito
Founder and CEO of Cloud Realty Co., Ltd.
Director of the FinTech Association of Japan
Member of Advisory Committee for the Government of Japan’s Regulatory Sandbox
Advisor ad interim to the Minister’s Secretariat, Ministry of Economy, Trade and Industry
Graduated from the Department of Architecture at the University of Tokyo with a master’s degree in architecture. After working for Boston Consulting Group, he was involved in and executed various projects, such as the lead banking operations for IPOs and public offerings in the investment banking division of Merrill Lynch Japan Securities Co Ltd., and advisory services related to real estate securitization. In 2014, he established Cloud Realty Co., Ltd. and assumed the position of CEO. 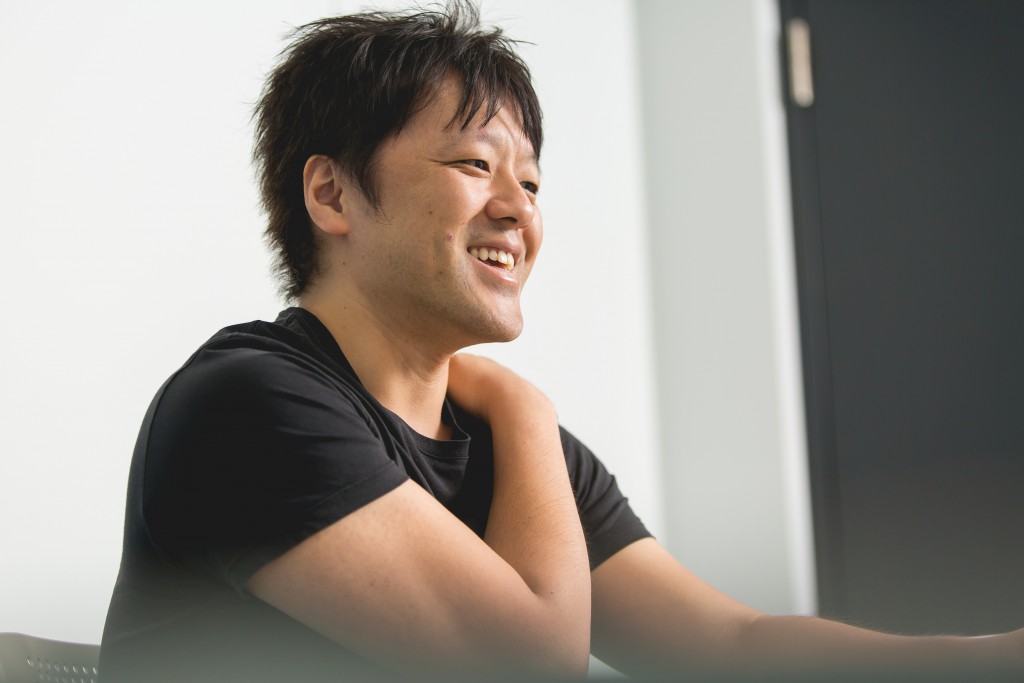 Kito: Government offices observe rules, and startups break them. This kind of conflicting structure is already old news. Now is the time when each player should consider offense and defense together, and I think it’s an extremely interesting time. For example, the Financial Services Agency, which is closely related to the FinTech Association, was once called the Regulatory Agency due to the strict nature of its regulations. To overturn this reputation, it is now taking various measures to promote innovation as the Financial Development Agency.
Other ministries besides them are also discussing radical changes by way of the introduction of new systems, policy-making, and new governance models through collaboration with multi-stakeholders. Similarly, startups are not only creating products and services, they are also responsible for creating the various elements that constitute society to fit major changes in the structure of that society, also known as the Fourth Industrial Revolution (Society 5.0). Fintech notwithstanding, if one wishes to create a properly-realized society, regulations for governance are naturally necessary, and information campaigns for many people about these will also be indispensable.

The FinTech Association, where Mr. Kito serves as a director, is a non-profit organization that brings together largely companies and start-ups broadly related to finance. Approximately 120 startups and 270 corporate members belong to the association, and there are a wide range of activities, such as sharing the latest industry information through conferences and meet-ups, compiling public comments, policy recommendations, research and international standardization initiatives, and negotiations with overseas stakeholders. In addition to such work, he also plays an important role in working publicly with the Financial Services Agency, which is a major stakeholder for the industry.

Kito: The reason this isn’t just an association in name is that each director has taken up a key governmental position, established a strong international position, and is committed to the medium to long-term development of the ecosystem. During this year’s G20, I participated in the Ministry of Finance Central Bank Governors’ Meeting and was invited to international discussions, including APEC and the Arab Monetary Fund. Conversely, I planned a round-table discussion with the government, setting up some diplomatic efforts from the private sector. Policymaking is a frequent topic at such discussions. As there are various preconditions and issues in each region, there are various ways to proceed, whether that is to have bilateral discussions or build multilateral partnerships over a large area.
Fintech is a theme that must be conceived from a long-term and international perspective, and because it cannot be managed by the work of the association alone, at the end of the day, it is necessary to work closely with the relevant ministries and agencies in each country. 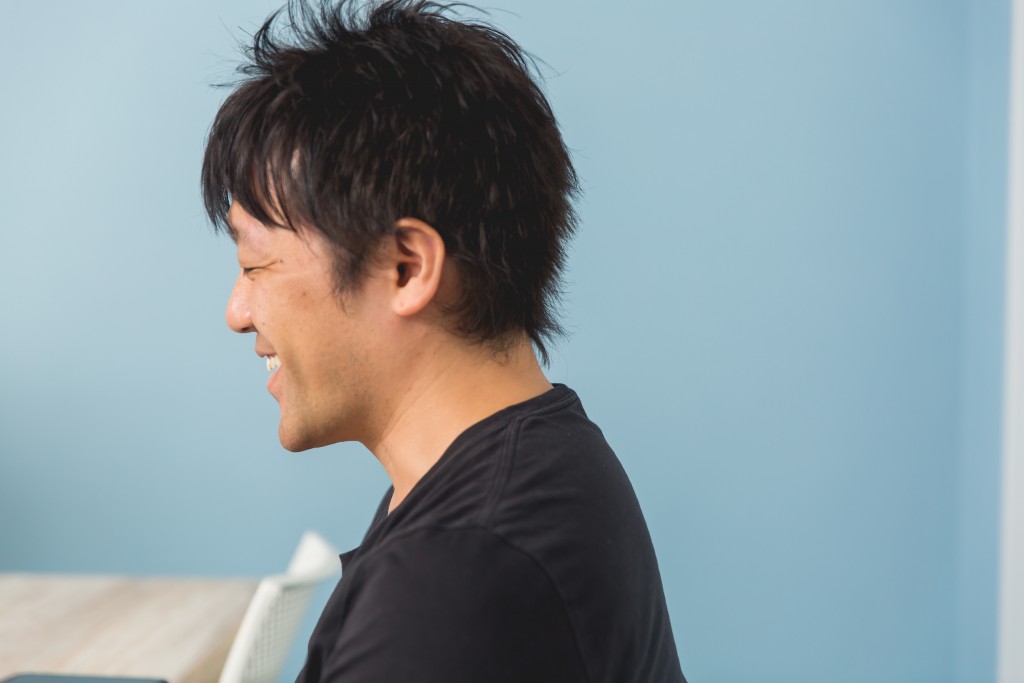 The new system created in collaboration with government agencies is the “regulatory sandbox,” which was established in June 2018. As the name suggests, like a sandbox, although it has specific restrictions, experiments can be freely conducted in actual markets, and the data, facts, and evidence collected there will become reference materials for new systems. In other words, this is a framework for flexibly updating regulations on the basis of actual results. The “common law” legal system used by the United States and the United Kingdom is a dynamic system, where various judicial precedents over incidents and unrest accumulate, and rules are created through empirical experiments on actual society; conversely, in “Civil law” used in Japan and European countries, undertakings begin after rules and laws have been established. At a glance, it is obvious which system is more likely to generate innovation. The aim of the “regulatory sandbox” is to grant some exceptions in such a static legal system and aid in drastic reform.

Kito: First of all, fewer than 10 experiments were approved as projects in the first year. These are being used across a range of industries like environment and medicine, not only fintech-related projects such as insurance and crypto assets. Not only in Fintech, this is the first example to be applied to all industries, even when viewed at the global scale. Since overseas companies can also participate in these experiments in Japan, we have received quite a few inquiries both domestically and overseas. One of the most effective qualities of sandboxes in Japan is that the system is established directly under the Prime Minister. The final approval before conducting the experiment is made by the ministers in each ministry, but the Innovative Business Activity Evaluation Committee to which I belong has considerable authority and can work with each of the ministries.

Rulemaking as a company and social reforms changing existing frameworks 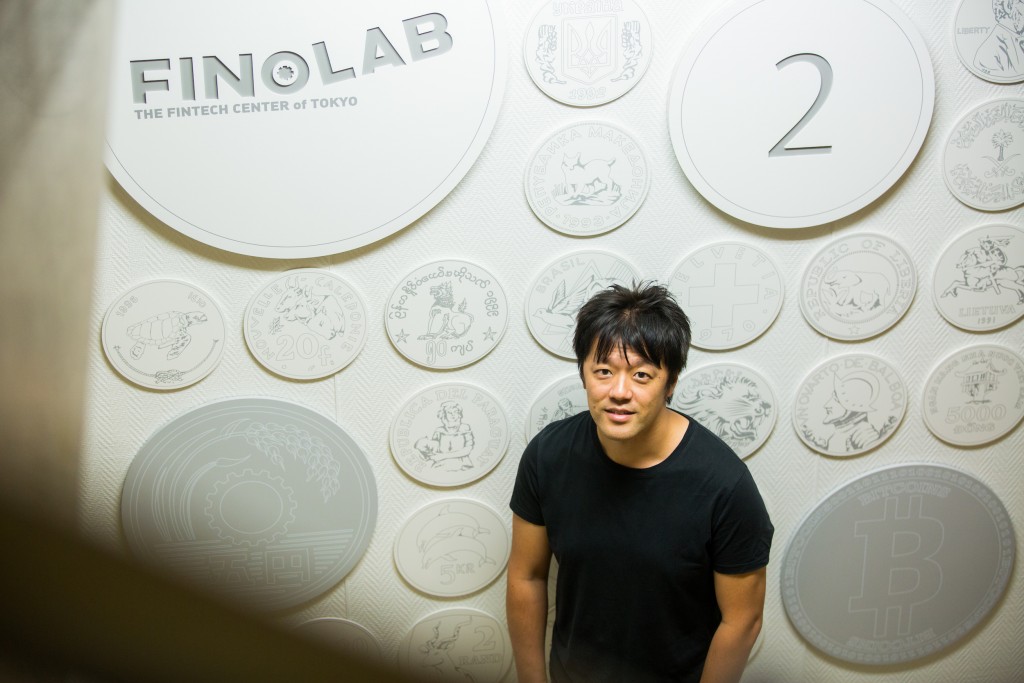 There is a big difference between the methods of a single company, and that of overall industry rulemaking that tries to completely upend existing social frameworks. When it comes to overturning and transforming existing capital markets, how does Mr. Kito, CEO of Cloud Realty Co., Ltd, compromise and deal with laws and regulations?

Kito: When I established Cloud Realty, I was rather bothered by rules. This is because while it was easy to verify the legitimacy of business by drawing on the contents specified in law, there weren’t any corresponding rules. Therefore, we decided to think that there is no problem if law doesn’t prohibit it. Precisely because it is extremely difficult to prove what doesn’t exist, it is important for entrepreneurs to shoulder the risks of their own legal interpretations and have solid dialogs with regulators. In order to solve this problem, I studied various laws by myself and deepened my understanding of them through discussions with various people. However, I came to understand that what was most fruitful was going to the relevant ministries and discussing the issue on hand with them thoroughly. Those on the government side were also able to see and understand our perspectives. At the end of the day lawyers are only third parties, and it is ultimately the business shouldering the risks even when receiving advice. I realized that entrepreneurs should thoroughly take on the challenges involved with laws and regulations.

What complicated the realization of Cloud Realty’s platform is the fact that there are multiple countries and related ministries and agencies involved in business development in the creation of “new capital markets.” It took about two years to win over the Ministry of Land, Infrastructure, Transport and Tourism, the Financial Services Agency, and the Kanto Local Finance Bureau.

Kito: It took us two years to launch the business, but when it comes to major rulemaking involving overall global markets, it won’t be completed in two years. As a single company, it is fine for a representative alone to take that risk, but it’s a different story when it involves industries within Japan and the world as a whole. Because the stakeholders involved and the structure of legal interests will change with the establishment of new rules, it will take some time to examine whether the state and the international community can shoulder the risks of such changes. 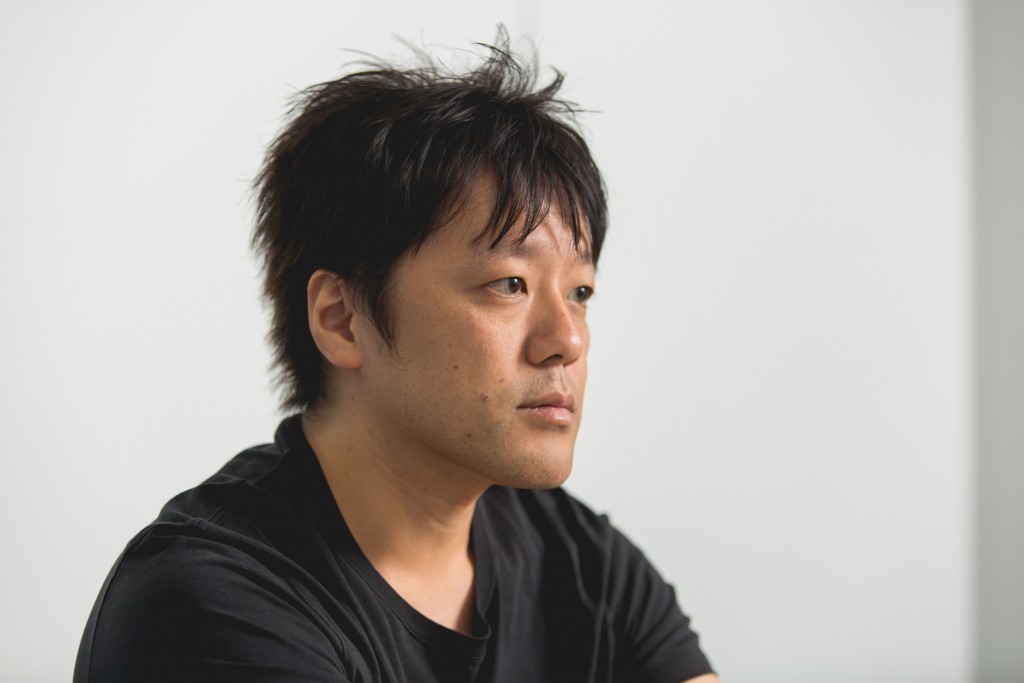 Kito: Should considered debates concerning national and global ecosystems as a whole amass, there will be no choice for it to be a long struggle. However, in such a case, what we are conscious of is reconciling the “time axis” in communication. Oftentimes, when there are conflicting interests or when conversations are not on the same wavelength, the “time axis” assumed by each stakeholder is not in sync. If one side is looking at something regarding a 10-year span, and the other side with a one-year span, accordingly, they won’t be on the same wavelength. When looking in the long-term, there are frequently times when the conversation continues while sorting out things, including whether the aims and means are being confused, or the means are different but the aims are the same.

It is often said, but the large changes in today’s social structure are induced by a sophisticated fusion of cyberspace and physical space. In the financial industry, the traditional financial system rooted in the real world and the virtual society created by technology are merging and being sublimated into a new financial ecosystem known as fintech.
In other words, the major difference from the earlier Third Industrial Revolution era is the necessity for entrepreneurs to individually be involved in making changes in both real and virtual societies while involving various stakeholders living in real society. In the future, I would like to develop a wide range of activities with the aim of realizing new capital markets from the perspectives of entrepreneurs, associations, and members of the Japanese government.

・In ministries and agencies, such as the Financial Services Agency, fundamental reforms are making progress towards the introduction of new systems, policy-making, and the realization of governance
・The FinTech Association plays an effective role in publicly engaging financial regulators who are stakeholders
・The “regulatory sandbox” is an aid to drastic reforms
・When a company aims to make rules, it is best to go to the relevant ministries and engage in direct dialog
・When there is conflict of interest or conversations aren’t on the same wavelength, reconcile the “time axis” and the “means and aims”