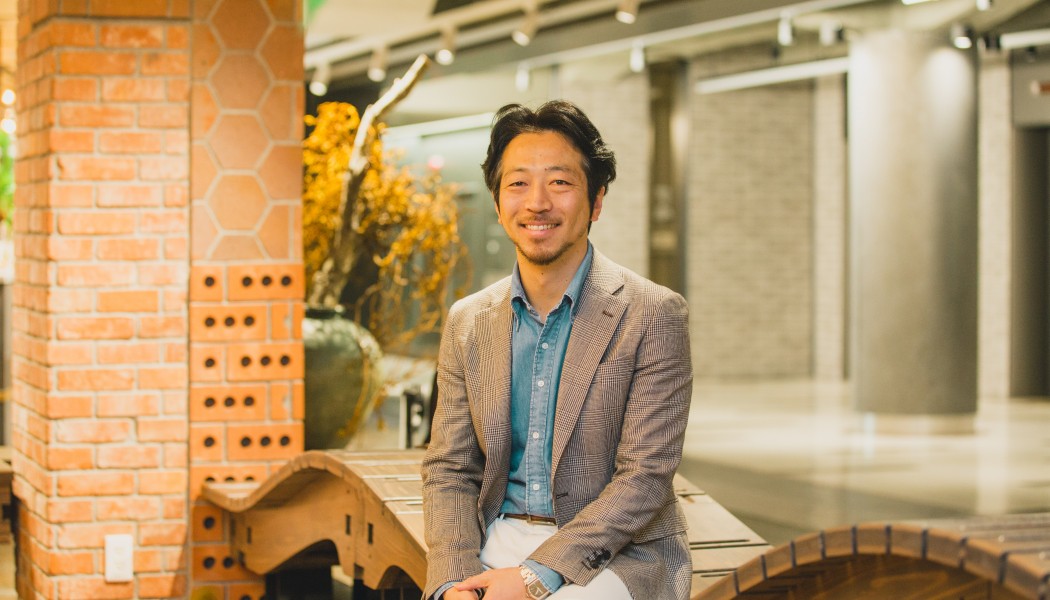 Creating numerous new businesses with CyberAgent and SoftBank. The future of HR foreseen by Mr. Hibiki Nozawa of ZENKIGEN, a challenger trained under Japan’s leading managers

Mismatches are what a lot of HR managers are worried about when recruiting personnel. Even if you spend a lot of money to hire candidates, if a mismatch occurs, they will change jobs quickly. ZENKIGEN Co., Ltd. is a company that aims to solve this kind of problem. Their core business is recruitment support using technology. This company has released products in the area of HR tech, such as “HARUTAKA,” a web interview solution that strengthens the recruiting power of companies, and “ZIGAN” (beta version released in October 2019), an interviewer-supporting AI technology that helps improve the experience of candidates. What kind of world will come if HR and technology merge in the future? In this article, we asked the company’s representative, Mr. Hibiki Nozawa, about the vision he wants to achieve through his business and the future of HR Tech.

INDEX
・ Career history from CyberAgent to SoftBank and founding the business
・The words of Mr. Fujita of CyberAgent, “taking the up escalator,” which he remembered at the time of founding the business
・AI should not create dystopia. The ideal technology that Mr. Nozawa envisions
・We want to create a “society that fully embodies people and companies” by utilizing big data, not limited to recruitment 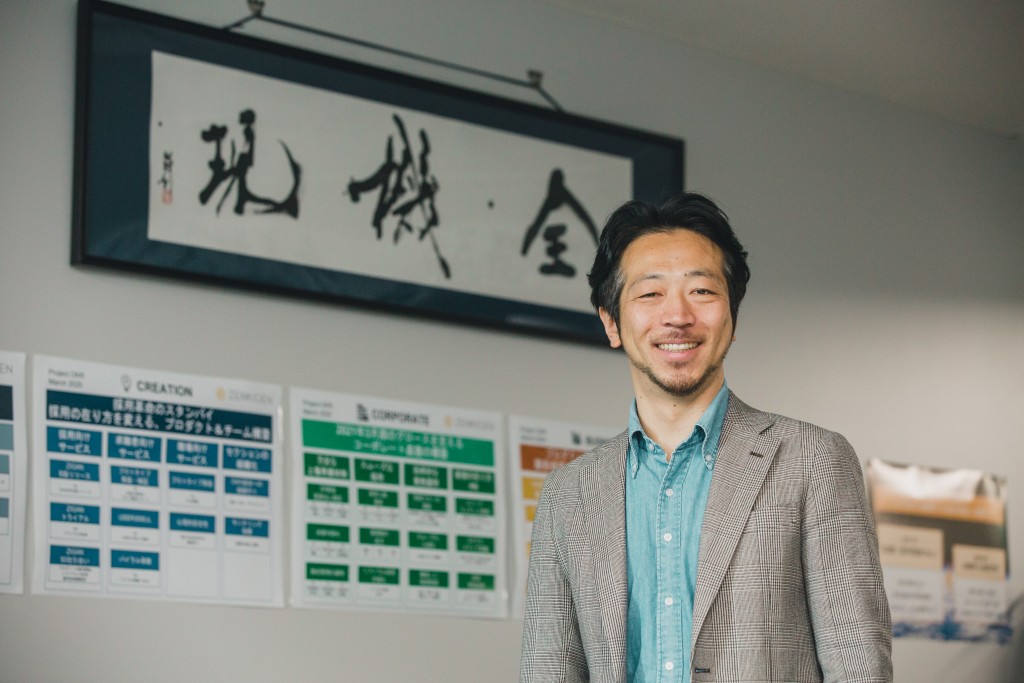 Hibiki Nozawa
President and representative director of ZENKIGEN Co., Ltd.
Mr. Nozawa joined Intelligence in 1998 as a new graduate. The following year, he joined CyberAgent when it was founded. He established the Osaka branch office, and contributed to the rapid growth of the company as president and business manager. In June 2011, while attending SoftBank Academia as an external first year student, he was contacted by Chairman Masayoshi Son about launching the electricity retail business “SB Power” under the SoftBank CEO’s office. After that, he worked as the business manager of Japan’s first forest donation-type “Natural Electricity” targeting individuals, and oversaw the process from proposal to sales. He founded ZENKIGEN in October 2017, which continues to the present.

Career history from CyberAgent to SoftBank and founding the business 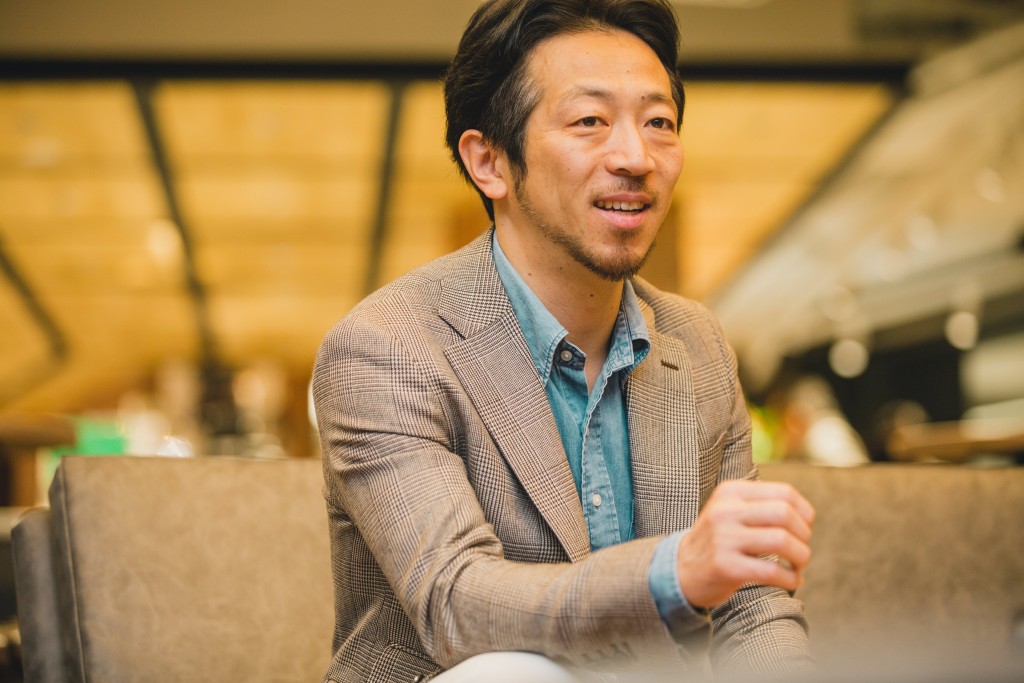 Mr. Nozawa, president and representative director, has been consistently involved in launching new businesses before founding this company. He has been interested in social change since he was a student, and for a while he dreamed of becoming a politician. Why did Mr. Nozawa step into the business world?

Nozawa: “Since I was a student, I have been feeling that ‘there are many strange things in the world’ and thought that it would be necessary to change the system to change that. There were times when I wanted to be a politician, but as a politician, you cannot concentrate on policy making if you don’t have abundant funds. So, I decided to make money first, and became a businessman.”

The first company that Mr. Nozawa worked for as a new graduate was Intelligence Co., Ltd. Later, he was involved in the IT industry, including CyberAgent and SoftBank Group. The background of this is related to what occurred to him while traveling overseas.

Nozawa: “It was in 1997 when I first encountered the Internet. I visited India while traveling around the world. When I went to a local Internet cafe and sent an email to a friend, I got an instant reply. It is an obvious thing now, but at that time I was sending letters by sea mail, so the shock was great. ‘This is a technology that will change the world. The Internet will change the world in the future. The Internet will spread to all industries and change people’s lifestyles.’ With that in mind, I left Intelligence—the company I joined as a new graduate—after six months, and joined CyberAgent, which had few employees and was just starting up.

Mr. Nozawa’s success after that has been remarkable. He was involved in the launch of the Osaka branch office and the launch of a new business under the president’s office, and—after focusing on the spread of natural energy, taking the Great East Japan Earthquake as an opportunity—he was involved in the launch of SoftBank Group’s electricity business. Nozawa has an excellent track record as a company employee. There must have been a way to continue working as a company employee, but why did he start a company?

Nozawa: “When I joined SoftBank, I said to them ‘I will quit when I start my own business.’ The reason is that the electric power business takes 20 to 30 years to become stable. Since my strength is in starting businesses, it was better for me to dig into one service. I thought ‘I want to continue to solve social issues through businesses’ and decided to start my own company.”

The words of Mr. Fujita of CyberAgent, “taking the up escalator,” which he remembered at the time of founding the business 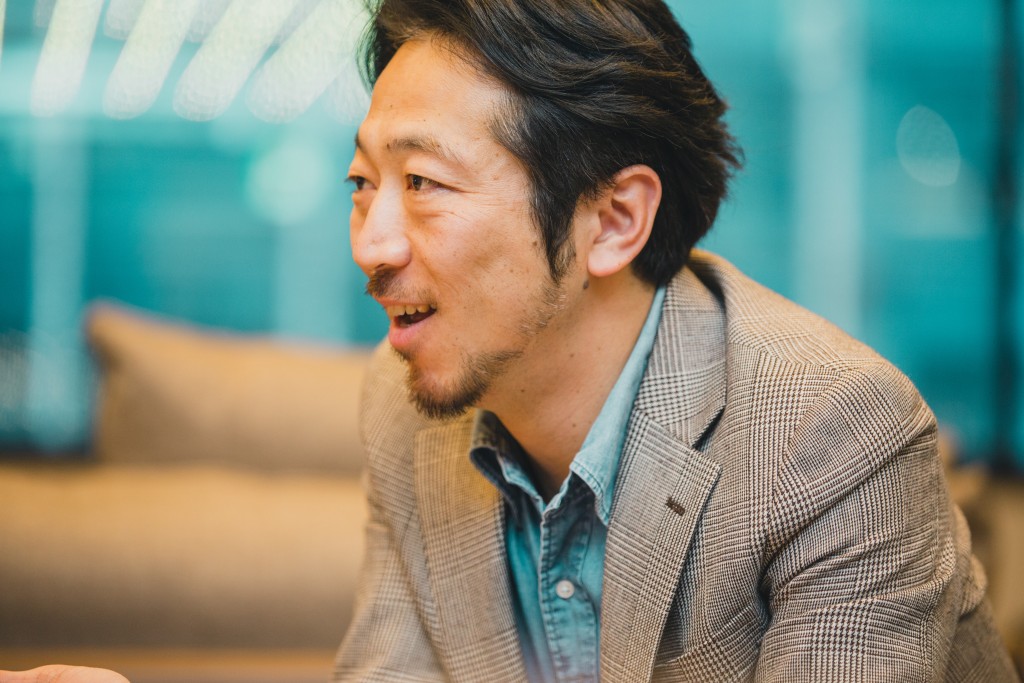 Mr. Nozawa, who has been involved in launching numerous new businesses, should have been able to choose other options. Why did he choose the HR area as the main battlefield?

Nozawa: “Adults aren’t very healthy in modern Japan. For adults, work is a major part of their life. If there is no fun, Japanese society will not improve. The company name ZENKIGEN (全機現) means ‘demonstrating all the abilities that people have,’ which is a Zen term. I decided to do business in the recruitment field first to demonstrate my ability and contribute to the creation of a society where people can play an active role.”

Mr. Nozawa, who intended to become a politician when he was a student, seems to have a persistent desire to change society in a positive way. Of course, a business cannot be established by social significance alone. He says he feels there is a good chance in this area.

Nozawa: “During my time at CyberAgents, the founder, Mr. Fujita, often said ‘get on the up escalator.’ You cannot expect significant growth if you don’t launch your business in a rising market.
The Japanese hiring method—which includes resume screening, interviews with HR, and interviews with executives—has not changed much compared to 20 years ago when I was job searching. However, various problems—including recruitment difficulties and the hard work related to HR—have come to the surface. This is a structural issue, and since it is an industry that requires major changes, the demand for it is also great.
The external environment has also become a tailwind over the years—smartphones have become popular, and Internet speed has increased. Moreover, a video culture has become established among young people. I thought that ‘video interviews are a growing industry. If I’m going to do it, it has to be now,’ and I launched the HARUTAKA business.”

AI should not create dystopia. The ideal technology that Mr. Nozawa envisions

In the present-day, it can be said that product making using AI is a standard of IT business. ZENKIGEN is no exception, and has incorporated AI into its products.

Nozawa: “What inspired me to join the SoftBank Group was the SoftBank Academia—a successor training project of President Masayoshi Son. Here, a pre-determined theme is assigned each time, and students create a business model and give a presentation. Among them, ‘AI’ was covered as a theme. After all, I think that it is a technology that cannot be ignored in modern business.
I also believe that businesses in the future will not be able to succeed without AI. Moreover, AI goes very well with our business. Needless to say, the power source of AI is big data, but the acquisition of data is extremely expensive. However, we have a system that gathers big data about many recruitments through the web interview business.”

Mr. Nozawa, who is developing an AI business, seems to envision the “ideal situation.”

Nozawa: “We often hear that there is a general concern that ‘AI invites dystopia.’ Machines will control people and we will be swallowed up in the wave of efficiency.
On the other hand, I want to create a society in which ‘AI is a friend.’ There may be an efficient side to managing people with AI. However, as stated in our vision ‘through technology, we will contribute to the creation of a society in which people and companies can fully realize the potential of people (Zenkigen – 全機現),’ we aim to create a society in which human abilities are maximized.
Through technology, we aim to improve the productivity of both HR managers and job candidates, improve the experience during interviews, and let people exercise their true potential. HR people are very busy and as a result they need to be more efficient. Also, they are chasing numbers, such as the number of hires, and performing employee-turnover forecasting. However, I think that the main goal is to bring out the potential of people.
According to a certain survey, 85% of people have had the experience of ‘not wanting to join the company’ after being interviewed. In 75% of cases, the reason was due to ‘the awful attitude and behavior of interviewers.’ If the experience candidates have during interviews does not improve, companies may miss the people who are needed and may damage the image of their company. To create such a high-quality interview experience, we have released the AI-support technology ‘ZIGAN.’ If AI can give correct feedback to the interviewers, the interview experience will surely improve.”

We want to create a “society that fully embodies people and companies” by utilizing big data, not just in recruitment 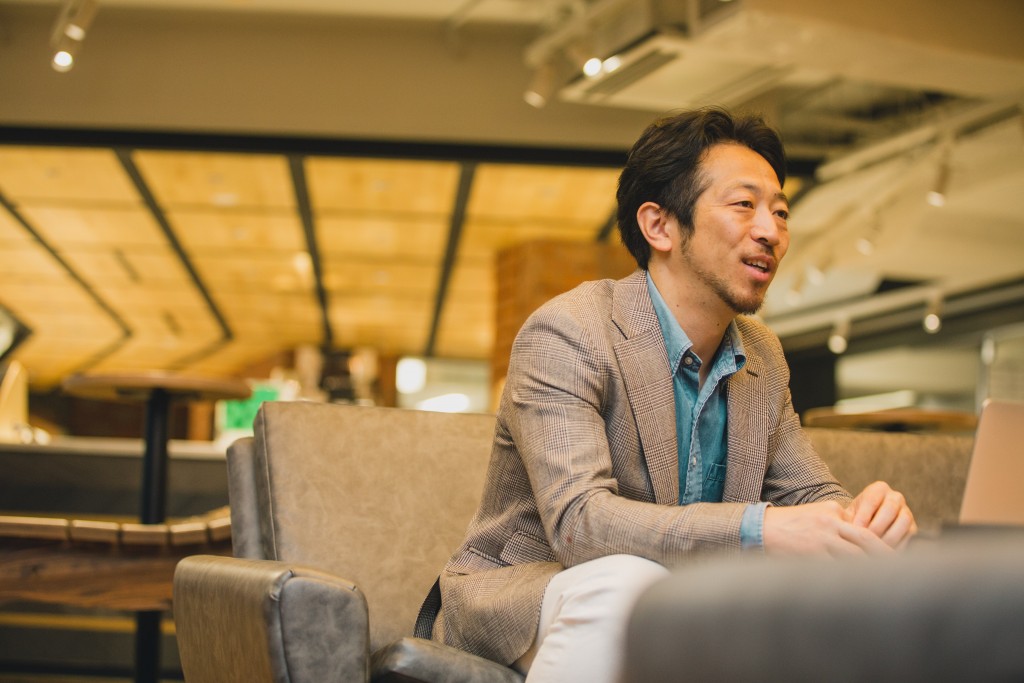 It is a company that works on the optimization of recruitment through its own products. Mr. Nozawa says he has a bigger vision.

Nozawa: “Actually, I am currently working with a laboratory at the University of Tokyo to measure and visualize stress conditions from the voice. If this technology is applied, the way people work will change. We believe that by utilizing big data, such as videos, there is a possibility that everyone can demonstrate their abilities and support work. For example, let’s say that a person does not perform well in result-based management, but is good at being creative. If the boss uses a results-first principle, a mismatch will occur. I think that’s a great waste.
Until now, only players who could produce results could become managers. However, some people are good at understanding and supporting the mental image of their subordinates. If such a person becomes a manager, the productivity of the entire team may increase.
In the future, we believe that the idea of having the right person in the right place will be promoted throughout Japan.”

ZENKIGEN is currently in the recruitment area, but if technology can create a society in which people and companies can fully realize the potential of people, there are no limits in terms of industry. I would like to continue to challenge various areas.”