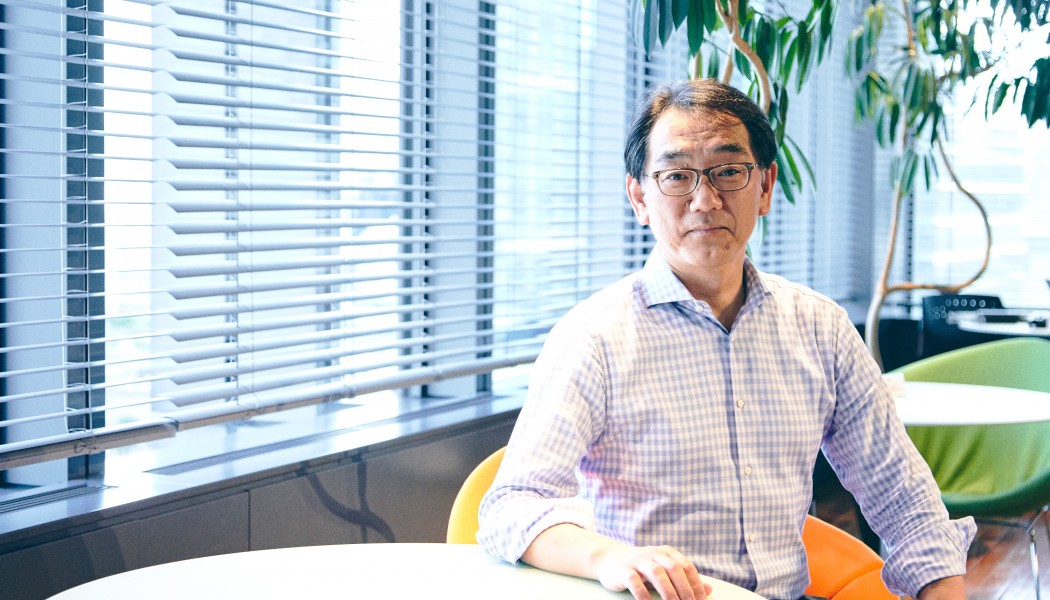 Booms and trends come periodically. Increases in social awareness of environmental issues also do the same. Kamiya Kazuhito, Representative Director of Biomass Resin Minamiuonuma Co., Ltd., which has been studying a single theme for nearly 15 years and developing biomass plastics from rice grains and discarded foodstuffs, has consistently engaged in research and development. The road is really one of painstaking labor. However, with the proposal of sustainable development goals (SDGs) in recent years, global environmental issues have attracted attention. Trends in the marketplace have changed. In response to this transition, Kamiya’s business, which effectively utilizes renewable resources and simultaneously leverages Japanese agriculture, is receiving renewed attention. We asked for hints on their efforts and business continuity, which involve various complex elements (such as R&D, manufacturing, environmental issues, social issues, regional issues, food loss, and startups).

・The company that tries to eliminate more mottainai than anyone else in Japan
・Waves in times and trends. After many failures, we learned “not to be at the mercy of others”
・The problems that predate you are the ones that cannot be solved directly
・Key points 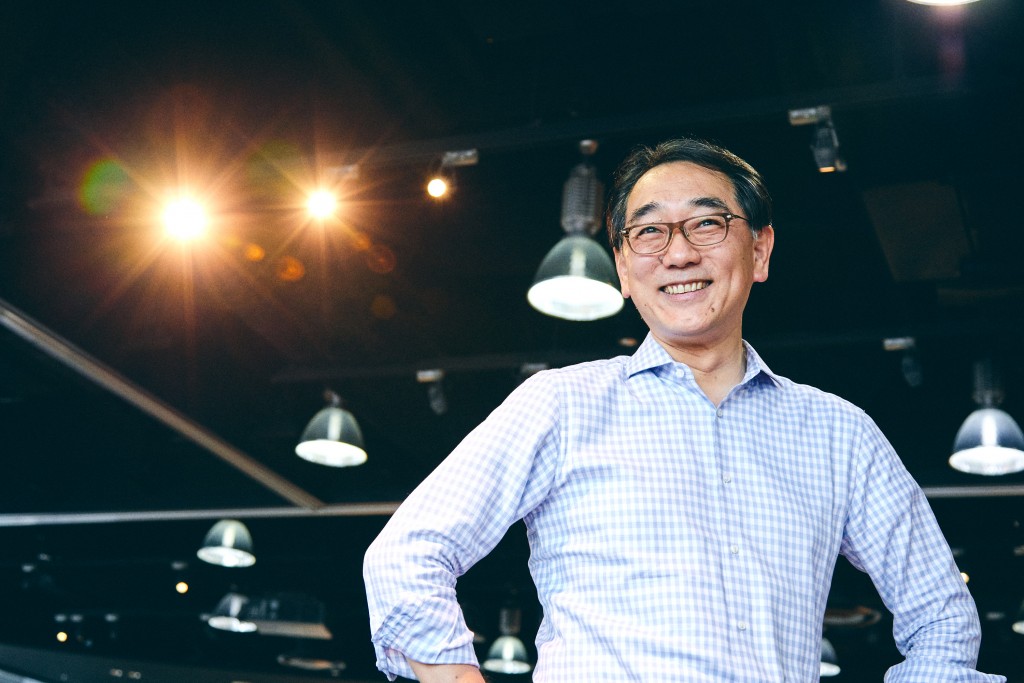 Kamiya Kazuhito
After consulting on commercial facility development, developing raw materials for cosmetics and health foods at a food trading company, etc., he participated in a biomass-related business and founded the Biomass Technologies Co., Ltd. in 2005. In November 2017, he established Biomass Resin Minamiuonuma. In March 2020, he established Biomass Resin Holdings and remains its CEO at present.

Kamiya：Some people have expressed their opinions about our efforts, saying, “It’s disgraceful to make rice into plastic,” because this rice was carefully raised by farmers who wanted people to enjoy it as a delicious meal. In fact, however, our technology is intended to create something new in place of something that would have been disposed of, rather than discarding it. This is why we are conducting our business in the city of Minami-Uonuma (Niigata), one of Japan’s leading rice-growing areas. When we share this detail, people can understand.
Niigata is the prefecture boasting the largest domestic food rice production. It harvests about 8% of the nation’s 8 million tons per year. Even if 1% of this is discarded, it is a considerable amount. Hokkaido, the second-largest producer, and Akita, the third largest producer, are similarly distressed by the challenge of food loss of excess rice, which is disposed of even when it is edible.

Kamiya’s “biomass resin” reuses rice and other grains that would have been discarded and forms the raw material to recycle them as new products. Compared to general-purpose plastics, it is a purely domestically produced biomass plastic that utilizes discarded plant raw materials, such as rice, wood flour, and bamboo. Yet, biomass plastic has almost the same cost, formability, strength, and other characteristics as traditional plastic.

Kamiya：We are, so to speak, a company that tries to eliminate more mottainai (wastefulness) than anyone else in Japan. In addition to the food that was lost, we are also reusing rice that was damaged by typhoons and other flooding and rice flour that is cut out in the sake brewing process. The possibility of reuse like this is lying unnoticed here and there around Japan’s local communities. In Kyushu, for example, rice hulls and straw are used as feed for cattle, but in other areas they are probably discarded. By spreading this local knowledge to other regions, we are continuing to explore the potential of reusing resources that are discarded.

Waves of Times and Trends. After Many Failures, we Learned “Not to Be at the Mercy of Others” 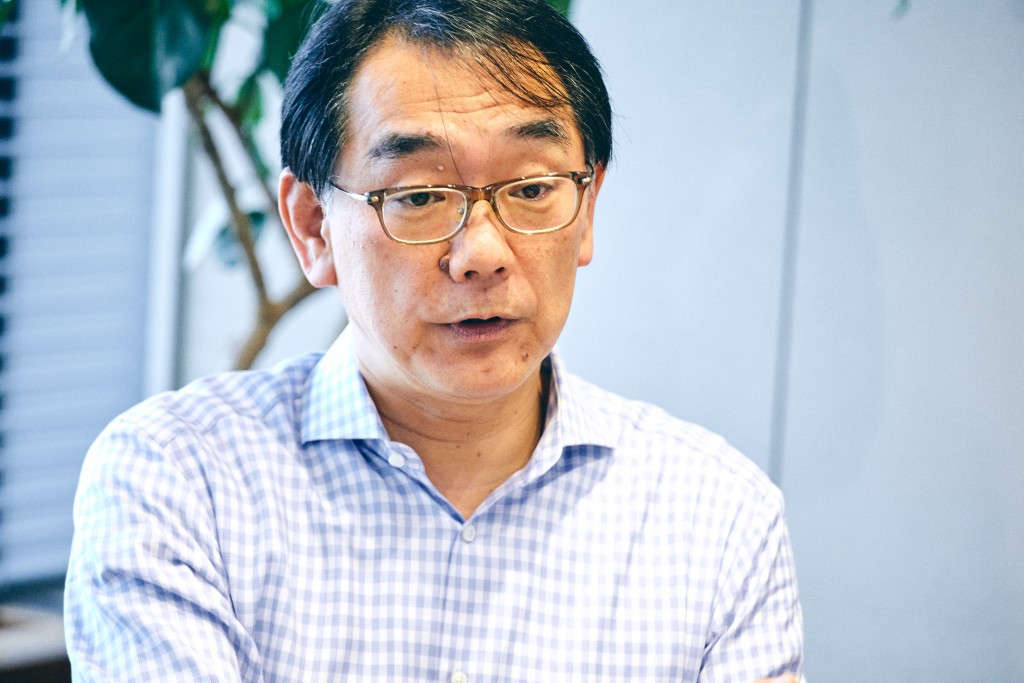 The company’s proprietary technology has been highly regarded. The decision has been made to use plastic bags made from biomass resin at post offices nationwide from July 2020. It is a first step toward future popularization. It is also widely acknowledged that food-derived items are highly safe and do not pose any problems if you put them in your mouth, and for the past few years, rankings of purchases by incoming travelers have placed toys using the same material ahead of world-famous character brands. But, of course, there was a long period of intense opposition before reaching the current spectacular situation. 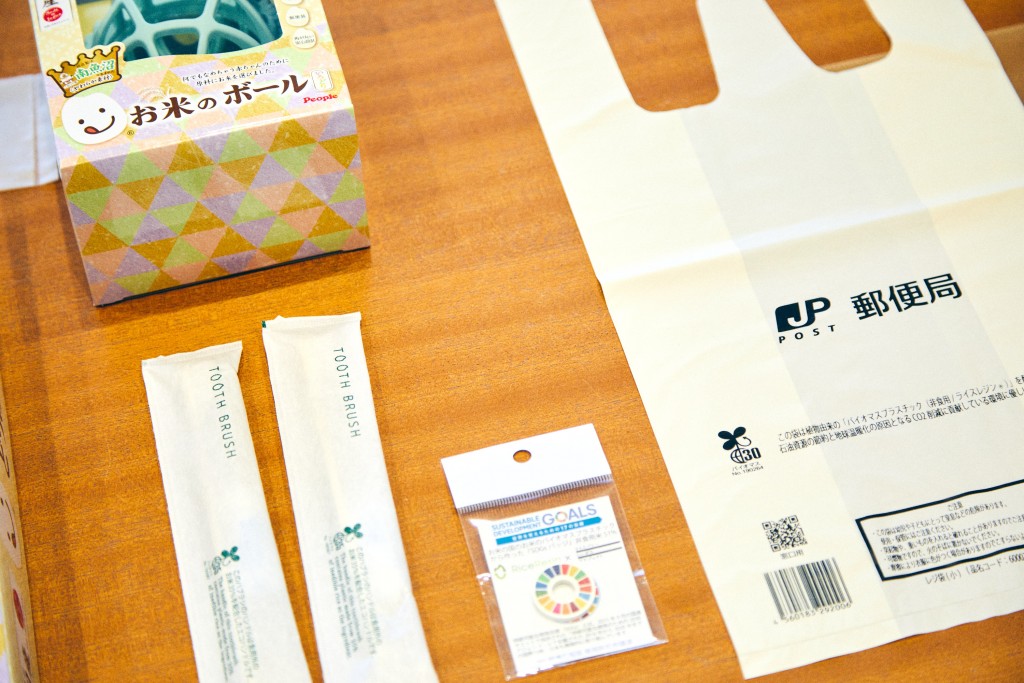 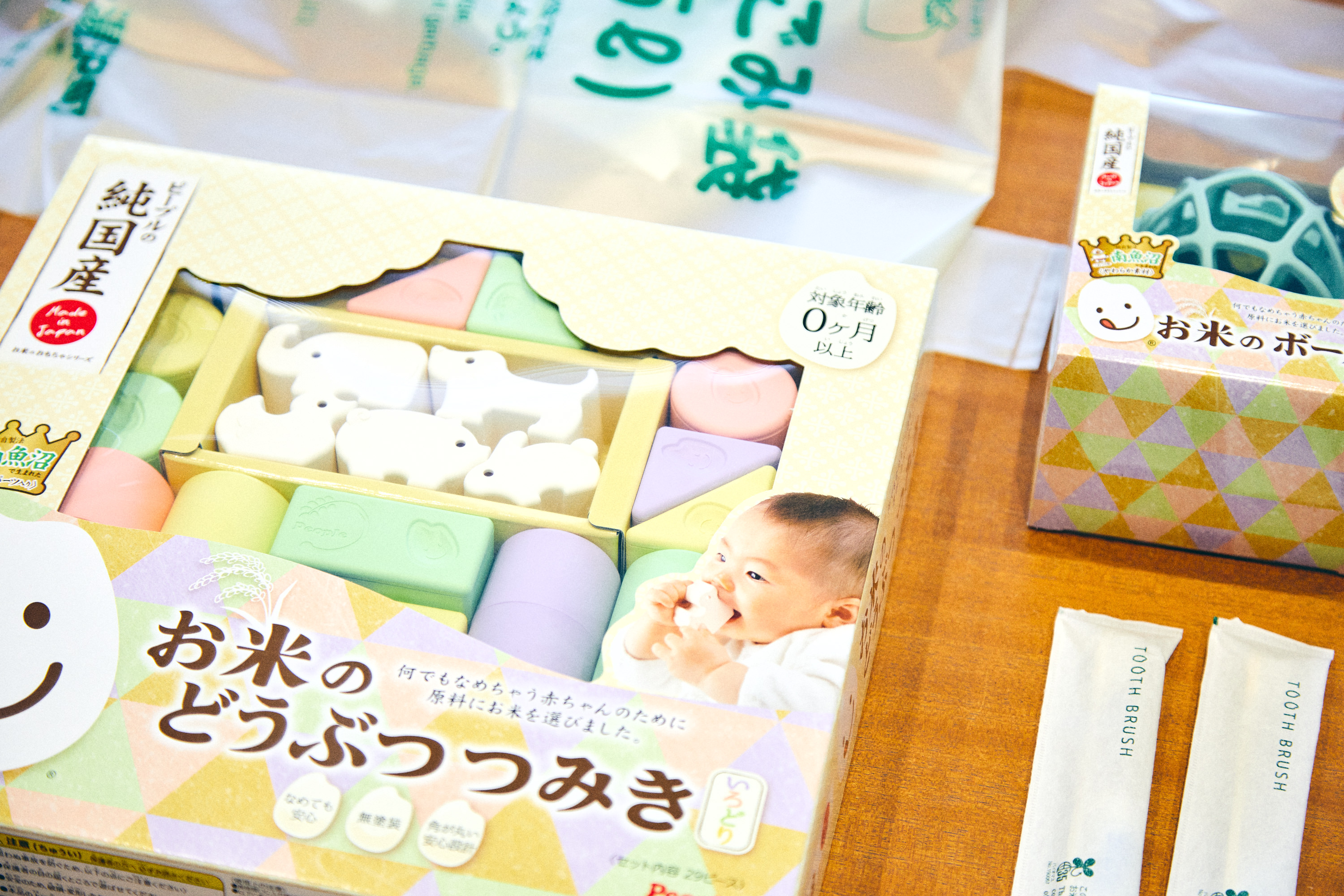 Kamiya：The SDGs were advocated in 2015 and consumers and companies began to change their awareness. Until then, however, we had a period when we could not find a place to utilize our technologies, even though they held sufficient technological potential. For monozukuri (manufacturing) in Japan, it is not enough to be 100% effective—it will not be adopted unless it is 120%. I think everyone involved in startups feels the same, but the tolerance for new things is narrow, isn’t it? R&D is extremely difficult, such as in the manufacturing and materials industries, and these aspects are particularly pronounced aspects in fields where R&D is in the lead. It is very feudal and conservative. Even if you are well received at the entrance, as discussions progress, the characteristics of the technology may turn into negative factors or be judged by existing measures. So if it’s not necessarily something that can’t be solved, they give up. That’s why my heart broke once every two years. I can’t continue any longer, I said.

When I initially founded the company, Expo 2005 was held in Aichi, and biodegradable plastics became widely known to the public. It was the so-called “environmental boom.” Since that time, some parts of Niigata started using biomass-based designated garbage bags, and local souvenir shops also began selling those sorts of products. However, sales were limited to particular areas, for example. And the technology did not really take root, as the boom passed before products were widely spread, and so on. Just when I thought, “This is it,” the economy collapsed due to the global financial crisis sparked by the Lehman Brothers bankruptcy.

Kamiya：Sometimes people who I have known for a long time say, “You did well to be able to continue your business, it’s a miracle, isn’t it?,” but the reason why I didn’t give up on my business was because I thought I could find a way out through what others appreciated. In particular, advice from people in completely different fields was effective, like a throwaway comment by an old farmer or the boss of a little town factory. While we naturally have a lot to do with the technical side, we want to keep a broad perspective, so we also have to be very knowledgeable about the raw materials that serve as the starting point (for our technology). When that happens, we start growing rice with rice farmers, or go with the forestry people deep into the mountains. We can’t leave any doubts, so I want to get a thorough understanding from upstream to downstream until I know about myself. I’ve noticed a lot of things precisely from continuing to do this and getting deep into these relationships 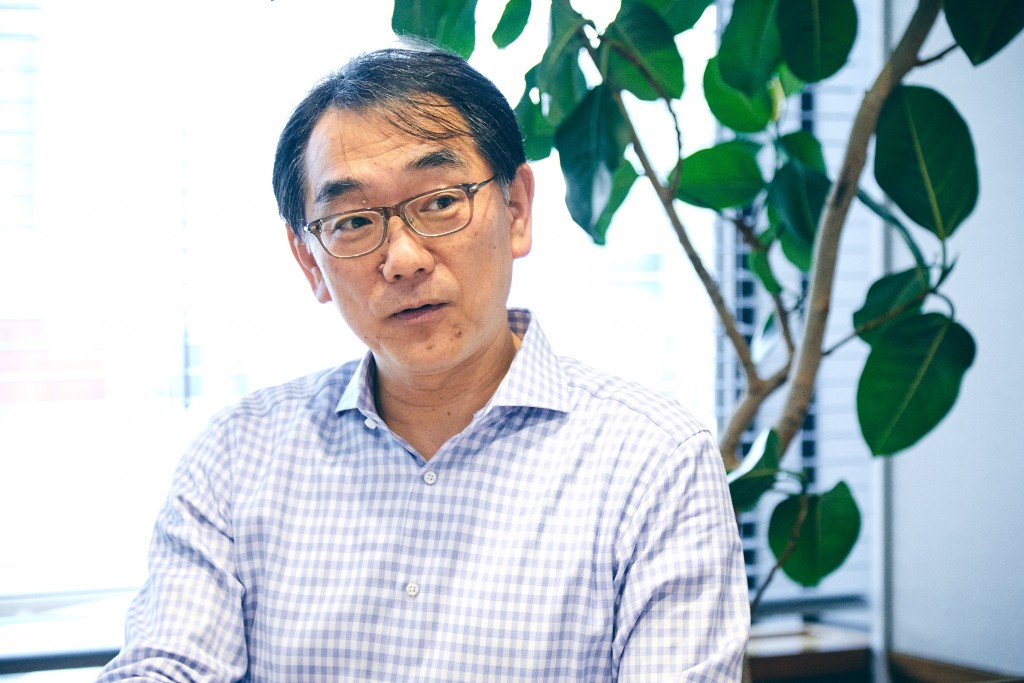 Kamiya：One more thing. We have cleared up what we can and can’t do through getting knocked around and failing in a variety of ways, and we have come to think that we’ll look at (the market) consciously and firmly by ourselves without being overly influenced by the social situation or the surrounding environment, because if we are at the mercy of others, our priorities for what we originally wanted to do and what we need to do will be messed up.

Kamiya also says that his motto for business is “it is also important to prepare without overexerting yourself,” so that you can swing firmly and fully without missing the right moment when you’re at bat.

Kamiya： If we learn from those who have succeeded, they all say that there is a moment when they say, “Now!” Don’t miss it. It is important to make preparations so that you can move at “that time.” When I was just starting a business, I read “how-to” books and thought the absolute shortcut was to try to create a good setting by myself no matter what. I did all sorts of things, but it doesn’t work out that well in the real world. Studying and making efforts are also prerequisites, but I feel that there is something like a flow that can support you beyond that. If you don’t let yourself get too tense, money will come in when it comes in, too. 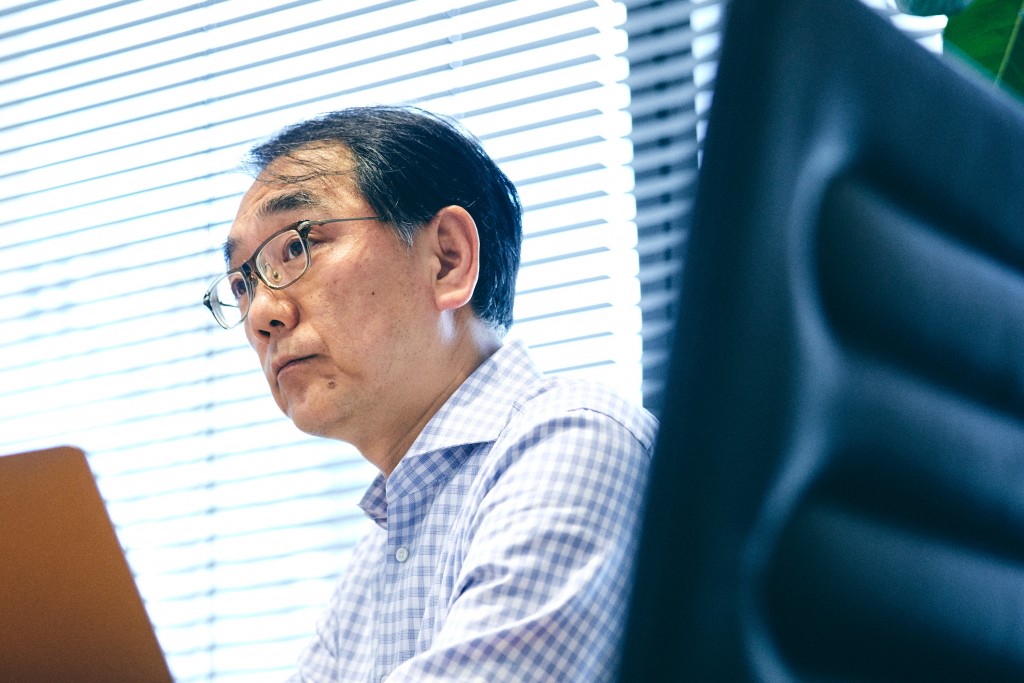 Kamiya：The issues that remain today are those that have not been solved for some reason. Someone must have been working on some sort of direct approach by now. Therefore, it is difficult (to solve the problem) without confronting it with multiple strong points. Open innovation is truly this kind of solution method, isn’t it? If that’s the case, I think it’s important to maintain a state in which all opinions can be freely incorporated, with the margin to think, without obstinately deciding on our own positions too much.

We have been manufacturing products and confronting the issue of plastics by crossing over the multiple genres of manufacturing, industry, and agriculture at different times. I would like to think seriously in the future about agriculture in Japan as well. Looking at the data, due to the diversification of food, from the previous Olympics in Tokyo in 1964 and the 2021 Olympics, the consumption of rice by Japanese people fell by about half. The area of abandoned cultivated land nationwide is said to have exceeded an area equivalent to Saitama Prefecture, but this does not mean that we must be forced to eat rice. Therefore, we launched a business model for producing rice intended for industrial use from the beginning and began new efforts with young farmers. “Growing delicious, tasty rice is very hard work, but this is for industrial use, so let’s do it efficiently,” we said. Through this effort, I hope we can support agriculture as a whole.

In addition, rice production has continued as a circular economy for about 2,500 years since rice cultivation culture took root in the Yayoi period, so I would like to create a business model carrying that potential. The first step is to create a system that can produce 100,000 tons of biomass plastics by 2025. After that, well, I would like to establish an international base for a material that can represent Asia.

・ “Biomass resin” has almost the same cost, formability, strength, and other characteristics as general-purpose plastics, and is a purely domestically produced biomass plastic that utilizes plant raw materials such as rice that have been discarded.
・ In addition to the food rice that was lost, they are also reusing rice before shipment that was damaged by flooding and rice flour that is cut out in the sake brewing process
・ R&D is very difficult, such as in the manufacturing and materials industries, and the tolerance for new things is narrow
・ The reason why he didn’t give up his business was because he thought he could find a way out through what others appreciated
・ In order to keep a broad perspective, we need to be very knowledgeable about the raw materials that serve as a starting point
・ Look consciously and firmly by ourselves without being overly influenced by the social situation or the surrounding environment
・ The issues that remain today are those that cannot be solved directly, for some reason