TOP > Article > The Japanese market is attracting attention from Inspur, China’s leading server vendor. How to enter a mature market
SHARE
TO TOP 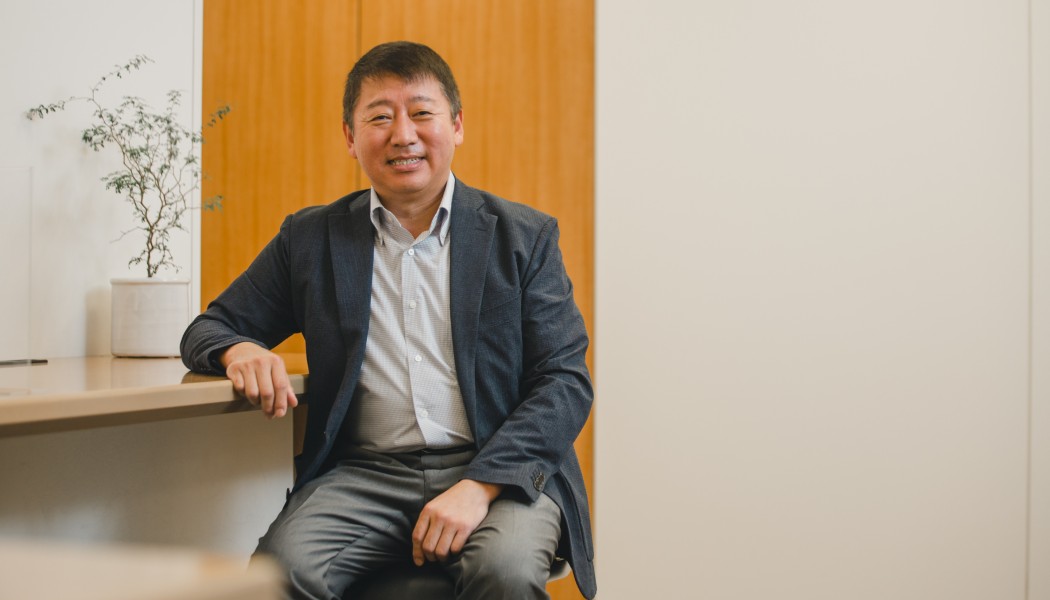 The Japanese market is attracting attention from Inspur, China’s leading server vendor. How to enter a mature market

In March 2020, the server provider Inspur Group, which boasts the top share in China and the third largest share in the global market, launched in the Japanese market a high-performance AI server for deep learning, advanced AI technology, and enormous data processing. The domestic partners in China that are introducing this AI server include the globally influential Baidu, Tencent, and Alibaba Group, as well as the national information management system Golden Shield (The Great Firewall). “Chinese products are incomparably better today than 15 years ago,” said Inspur Japan’s Chief Executive, Wang Yuanyao. We asked him for background on Japanese entry, how to compete in markets with high barriers to entry, and the current state of Chinese-based IT companies’ products. 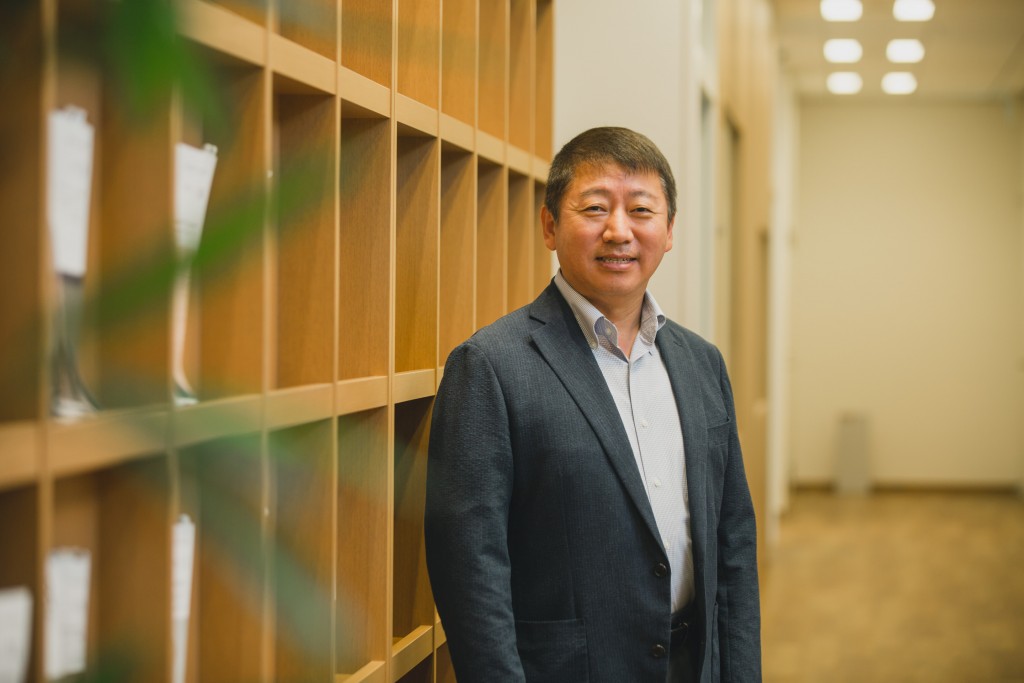 Wang Yuanyao
Inspur Japan representative
Born in 1966 in Fujian Province, China. After graduating from high school, he came to Japan as a privately-funded exchange student and graduated from Kanto Gakuin University.
In May 2019, he was appointed Japanese representative of Inspur, the largest Chinese server manufacturer.

Chinese Tech Companies, Past and Present 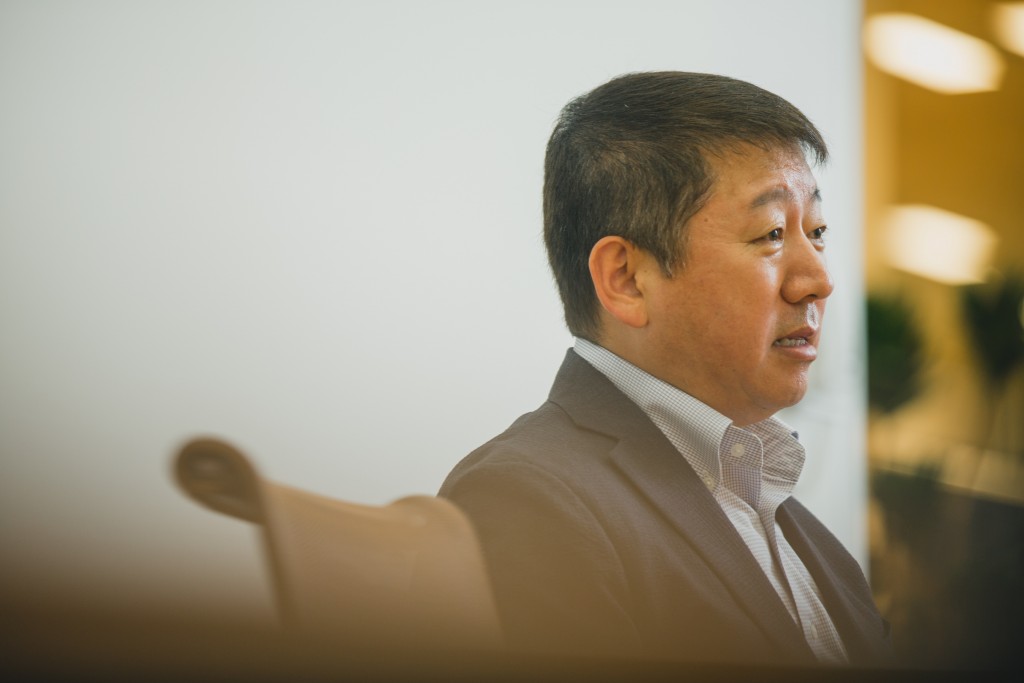 ――Please tell us about the history of Inspur Group, which is performing well at the moment.

Wang：Inspur is an older IT company. It was founded in 1945 in China. We worked on everything from development to sales, with a focus on networking and telecommunications equipment. In the latter half of the 1980s, we began developing personal computers and Linux-based servers. In the 1990s, we specialized in server development.

――We are told that in the early 1990s, you took the lead in developing the first micro-server in China and disrupted the long-standing monopoly of foreign server manufacturers in China. In addition, as a symbol of China’s technological capabilities and trustworthiness, the transistors used in Dongfanghong I (the first Chinese satellite launched in 1970) were also made by Inspur.

Wang：That’s right. Today, we are not only a hardware vendor, but also a software developer. We have established four joint ventures that deal with information technology. We have formed Cisco Systems, a joint venture with Cisco that engages in networking equipment, and a joint venture with IBM that manufactures servers equipped with IBM’s power systems, as well as alliances with a variety of other global companies, including Ericsson and LG

――You have truly entered into partnerships with the industry’s largest companies. Is that an effort that foreshadows further global expansion?

Wang：In fact, we have a very low share of the overseas market. According to the latest data, our share in China is about 89%, while in the United States, it is 5%. Even when the other regions are taken together, it is only 5-6%. Depending on how you talk about it, it is difficult to say whether we can be called a global company. We would like to strengthen this in the future. 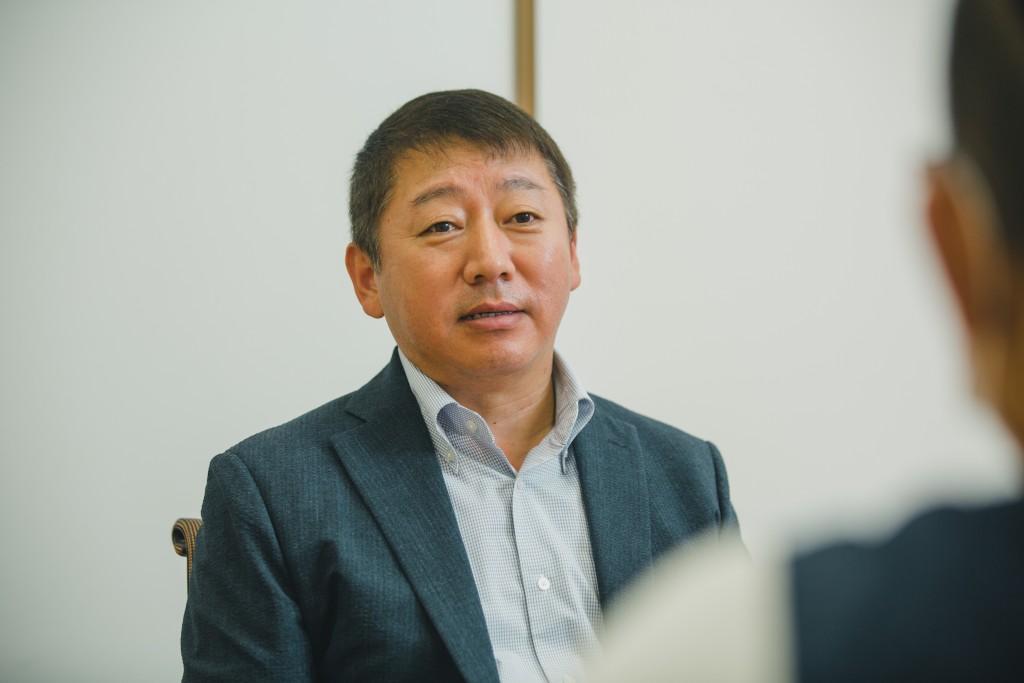 ―― In the United States, you have established a joint R&D and production system locally with Microsoft and are cooperating with several other companies operating major search engines. Did this development process lead you to establish a Japanese company and enter the Japanese market this year?

Wang：Japan’s economy is the third largest in the world, and its demand for IT infrastructure is also quite large. Looking at Japan as a whole, the annual server market continues to be around 500,000 units. We can’t overlook Japan as a market.
Originally, Inspur procured Japanese-made components. I had been doing business in Japan for many years, so I knew the Japanese market well. However, the barriers to entry were very high. This is the case with quality issues, for example. Strong competitors, including major foreign companies, such as IBM and HP, and major Japanese companies, such as NEC, Fujitsu, and Hitachi, have been established in the marketplace for decades.
In addition, Japanese government offices and local governments will not talk to us. Considering this, there are a limited number of prospective customers among private companies, including some Internet-related companies, gaming companies, and distribution-related companies.

――Amid these circumstances, you launched an AI server as a new weapon to strategically enter the market?

Wang：That’s right. If you are aiming to acquire a share of the Japanese market for general-purpose servers, your only choice is to have a battle based on price. In that case, let’s bring out our AI server, or GPU server, which we are confident is the world’s most powerful, and win the No. 1 share in the world (*). We have many examples of introductions to global companies. The mass production system is in place, which makes delivery quick, and cost performance is also good. We intend to present Inspur’s strengths for all to see.

* Global No.1 contribution to GPU earnings in NVIDIA’s DC market in FY 2019 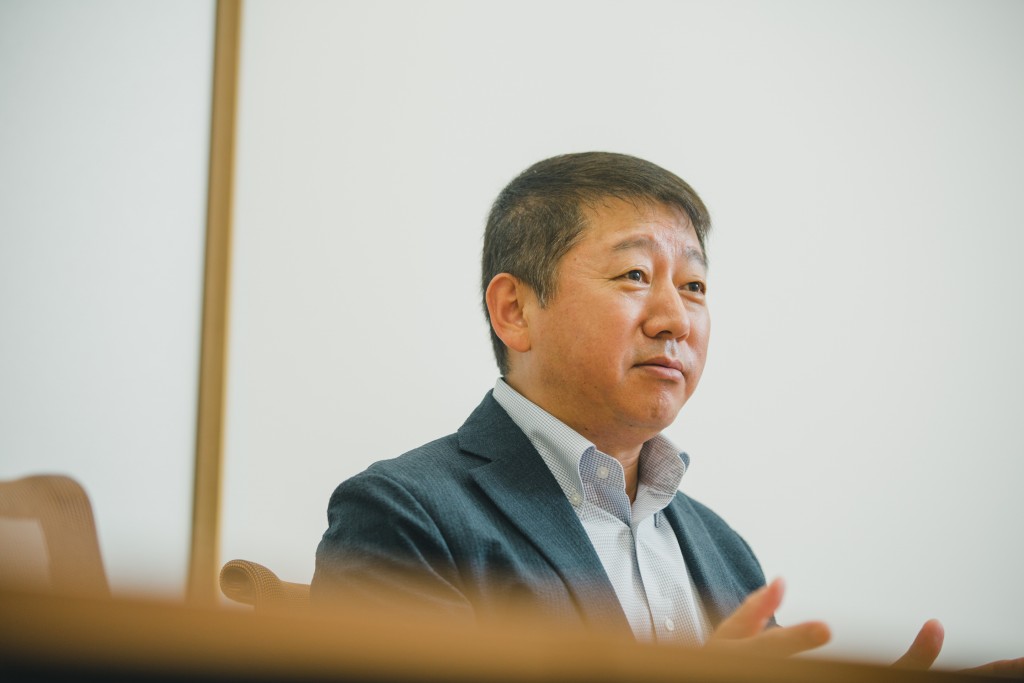 ――When you entered the Japanese market, did you find any bottlenecks due to differences in business practices?

Wang：Let’s see. From having come to Japan 33 years ago myself and working in the IT industry for 25 years, I think that results in business with major companies is considerably important. No matter what, you are compared with other companies.

Wang：First of all, Chinese companies feel that if performance and price are good, they will try using those first. In addition, Chinese manufacturers tend to be avoided even now, aren’t they? Certainly 15 years ago, there were many low-quality products on the market, but now this is not the case. Most brand manufacturers make internationally standard products, with good design and quality, that are highly regarded. In that sense, I don’t think the misunderstanding has been dispelled. Another thing is the political issue. Some major Japanese companies are sensitive to issues between states. Therefore, they are anxious about us. In this regard, I believe that we should work with partners who place importance on quality, which we target, and who are assured that we have a thorough support system. 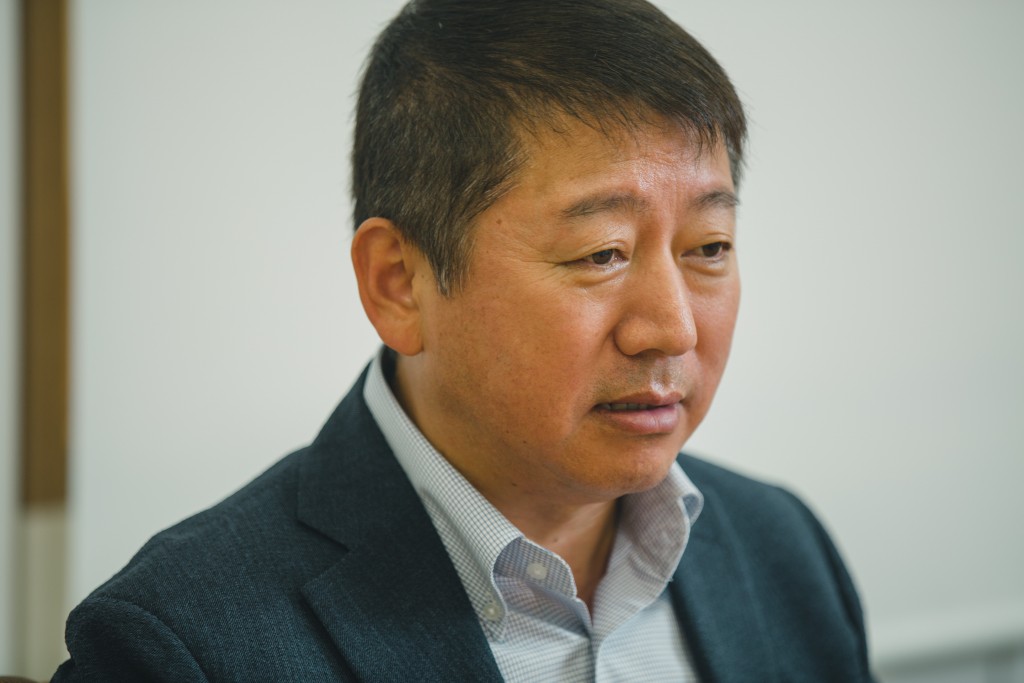 ――What do you think is the most important part of building good relationships with understanding partners?

Wang：It is important to build a solid relationship of trust with our distributors, who are our partners. Not surprisingly, if they don’t trust us, they naturally don’t want to sell, and they can’t recommend us to their customers, either. In order to earn this confidence, we must get them to have a clear understanding of the market fit of Inspur’s products and to have a shared awareness of Inspur, as a company, and its products.

――Could you tell us more about having a shared understanding?

Wang：I can’t go back and forth now due to the social situation, but I take people from the Chinese side to Japan and, conversely, bring top management from the distributors to China. Then, I have on-site engineers actually touch and verify the products, giving them a real sense of the products’ performance. We make communication like this quite close, you know?

――You say that it is important to get an actual sense of the interest at the site and the performance of the products, as described by “seeing is believing.”

Wang：That’s right. In this sense, if we can build relationships of trust with stakeholders, I think Japan is a comfortable environment that we can work in really easily.

―― Last, I would like to ask about your vision for the future.

Wang：Yes, Inspur as a whole has adopted the slogan of aiming to rank second in the world in 2020 and first by the fiscal year ending March 2023. Inspur Japan will first focus on raising awareness among Japanese corporations over the next two to three years and aim to become a 10 billion-yen company in three years. Currently, the number of major customers, including SoftBank Cloud, is increasing. Nevertheless, it is a tiny market that is not comparable to that of Japan’s major server manufacturers, but I think this is where we should start.

――Thank you very much.

・Today, Chinese products are incomparably better than those from 15 years ago
・Inspur has established joint ventures with Cisco and IBM. Its Chinese domestic market share is about 89%, while its overseas share is lower.
・Inspur will take on the Japanese market with its AI server, which they are confident is the world’s most powerful.
・Distributors are partners and they are very important in Japan
・To acquire trust, people must understand the products and have a shared awareness.
・If we can build relationships of trust with stakeholders, Japan is a comfortable environment that we can work in easily.
・Focus on raising awareness among Japanese corporations over the next two to three years and aim to become a 10 billion-yen company in three years.