TOP > Article > More than 10 collaborative projects in three years! The creator of the Mitsubishi Estate Accelerator Program discusses how to work with start-ups
SHARE
TO TOP 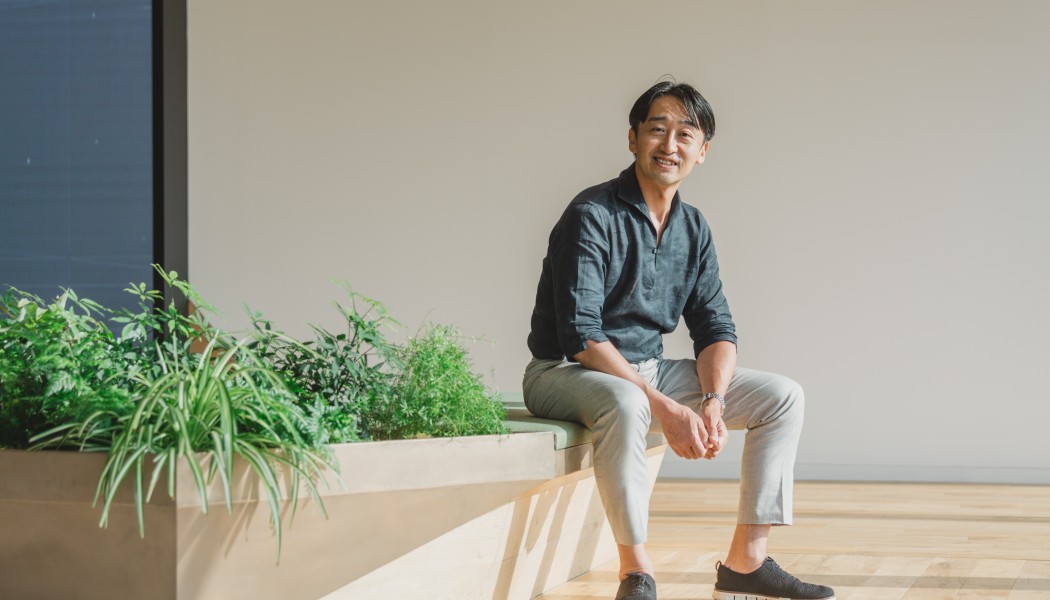 More than 10 collaborative projects in three years! The creator of the Mitsubishi Estate Accelerator Program discusses how to work with start-ups

Mitsubishi Estate Co., Ltd. has been holding its Accelerator Program every year since 2017. Many companies actively participate in the program, which has become a leading open-innovation launchpad. Mitsubishi Estate’s initiative, the first of its kind by a comprehensive real estate developer, came to be widely known among start-ups.

The yearly program will be held for the fourth time this year. We interviewed Kyota Kobayashi, the General Manager of the Business Creation Department who has been promoting the program, regarding how the company has improved the program after holding it three times in the past. He explains how he made efforts to cooperate with those within Mitsubishi Estate and succeeded in collaborating with more than 10 start-ups over the past three years to enhance the program. 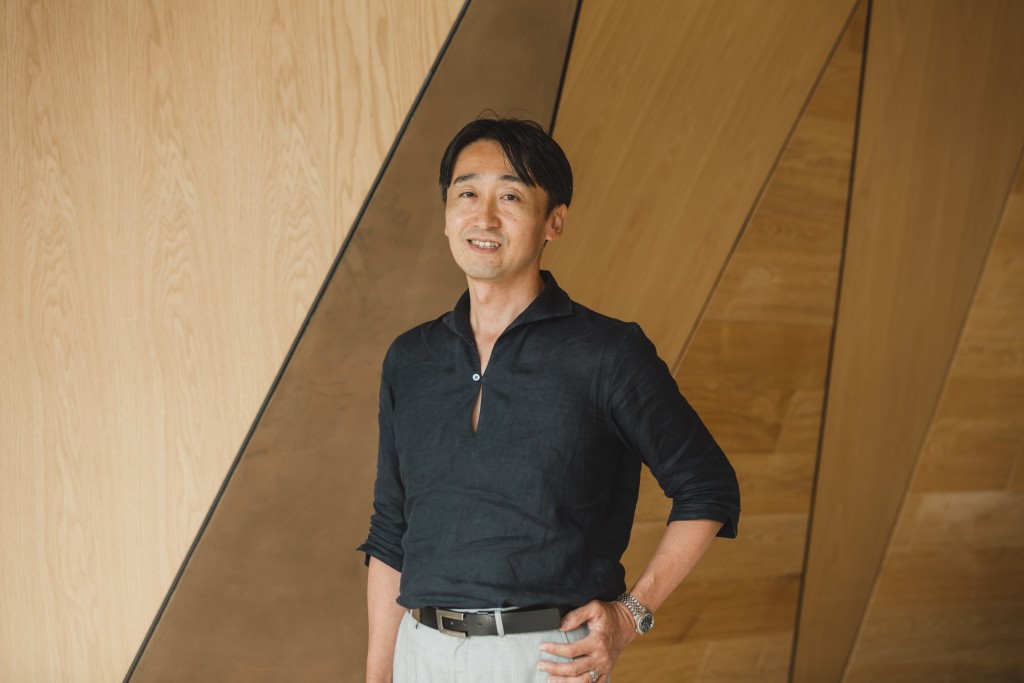 Kobayashi joined Mitsubishi Estate in 1992. After handling housing operations, etc., he engaged in group reorganization and M&A projects at the Corporate Planning Department. Kobayashi became General Manager of the Business Creation Department in 2018.

Accelerator Program requires the establishment of a theme; the theme came into view through repeated experience. 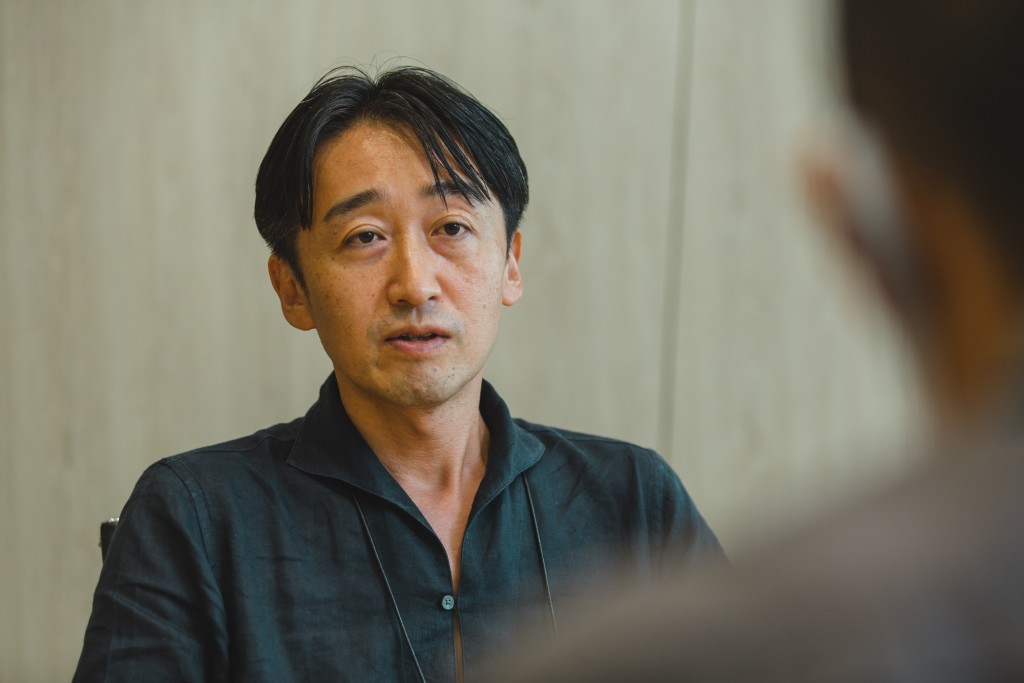 Kobayashi: Before we launched the program, we had formed most of our business partnerships by approaching potential partners from our end. However, we wanted to open our doors wider and connect with many start-ups. We also wanted to demonstrate our desire to do so to the outside world. This is why we began the Accelerator Program. Initially, we would try to create a festive atmosphere for the event so that more people would get to know the program.

We built the program by studying the examples of other companies. Most of the accelerator programs at the time featured short-term projects intended to achieve results within three months. However, our program had presupposed experiments that would use our facilities, as well as the Daimaruyu district (Otemachi, Marunouchi, and Yurakucho). For this reason, our collaborative projects required more time than those of other companies. “Demo Day” was a three-month program. However, that was just a half-way point. We assumed that more substantive interactions would begin afterward.

The first Accelerator Program had a huge response, and the company received about 240 applications. Therefore, it may have been a success as a publicity campaign. However, it also became a source of worry.

Kobayashi: No matter how many applications we receive, there are only so many companies we can collaborate with. It was difficult to choose partners among so many applicants. In addition, we had not established any detailed theme in the initial program. Therefore, we had many applications from companies that were still in the “seed phase.” It would be very stimulating to launch new services jointly with start-ups that are really new, but launching actual services with such companies would be a time-consuming process.

For this reason, we began to establish more specific themes as we accumulated experience.

When we first began this program, we would often receive suggestions. However, we later began to see the challenges that we wanted to resolve and the projects we wanted to pursue in cooperation with other companies in a more specific manner. Therefore, we began to recruit start-ups that could accomplish such projects. This way, we started to receive more applications from companies that had products in the early stage or later, and we began to form collaborations more speedily.

Accelerator Program’s success is due to the cheerleading by the top management and the gradual involvement of corporate divisions. 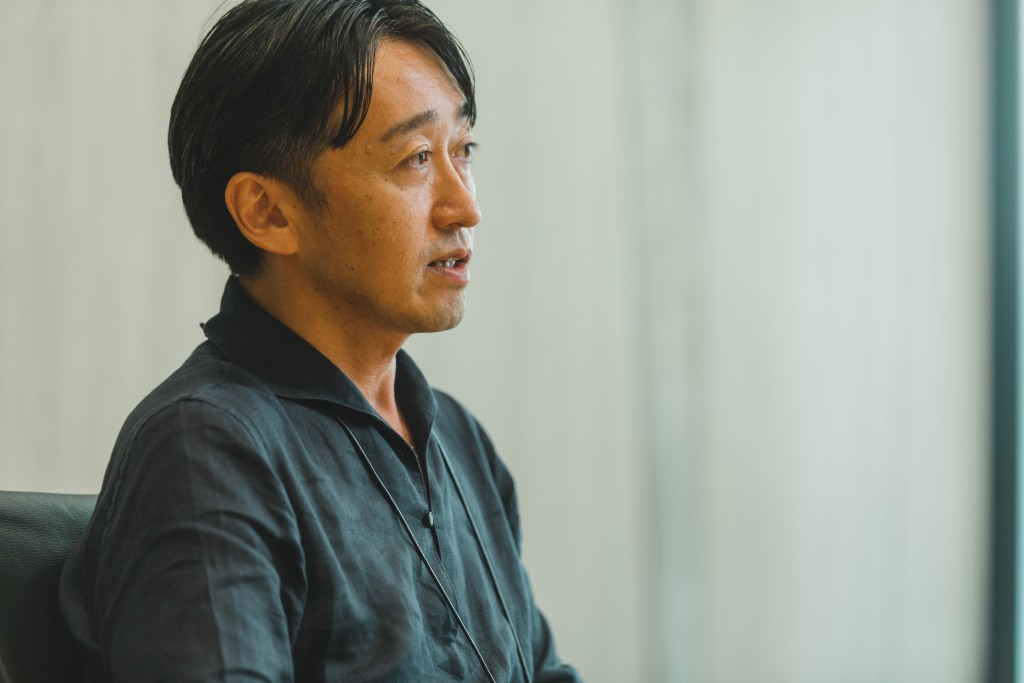 Many companies with an accelerator program may have difficulties involving their corporate divisions in the program. Many projects fail because, immediately before they begin, it is found that corporate divisions are reluctant to provide support, even though the program has already been created. How did Kobayashi overcome this problem?

For this, the selection of key personnel is important. There is usually at least one person in every corporate division who likes new things and who is eager to cooperate with those outside the company. We appointed such people as key personnel who would serve as a bridge. This is how we were able to obtain the cooperation of corporate divisions relatively smoothly.

Incidentally, in April of this year, we established a mechanism to encourage corporate divisions to proactively participate in the program by creating a new-business unit in each corporate division. Initially, we had relied on individual employees in communicating the significance of the program. Recently, however, I feel that the organization as a whole has developed a better understanding of the program.

He provides advice for companies that have difficulties involving corporate divisions in an accelerator program.

Kobayashi: When launching a program, the commitment of the top management is very important. When we launched our program, we asked the president of our company to conduct a final review. If the top management provides significant moral support in the initial stage of the program, getting the entire company involved would become much easier.
At the same time, instead of aiming for a perfect program from the start, it is important to have it permeate the entire company in several stages. We have made improvements each time we implemented our program. That is how we got where we are today. I think it might be a good idea to first find a person who might provide cooperation, instead of trying to work with an entire corporate division right away.

He goes on to explain that operating a program from a long-term perspective is important not only to improve the content of the program but also to deepen the relationship with start-ups.

In that sense, an accelerator program provides a great advantage when you meet start-ups. If you suddenly meet them for the purpose of forming a collaboration, the meeting will end up becoming a contract negotiation session where you discuss the duration and the conditions of the project because each side wants to make sure that the collaboration succeeds. However, an accelerator program will let you begin a relationship in a more relaxed manner, and build that relationship more leisurely. We formed a capital and business partnership with some of the companies we had selected through the Accelerator Program during the process of implementing several projects. We might not have achieved such results if we had started our meetings by discussing collaboration or business partnerships.

How the Accelerator Program differs this year from 2019 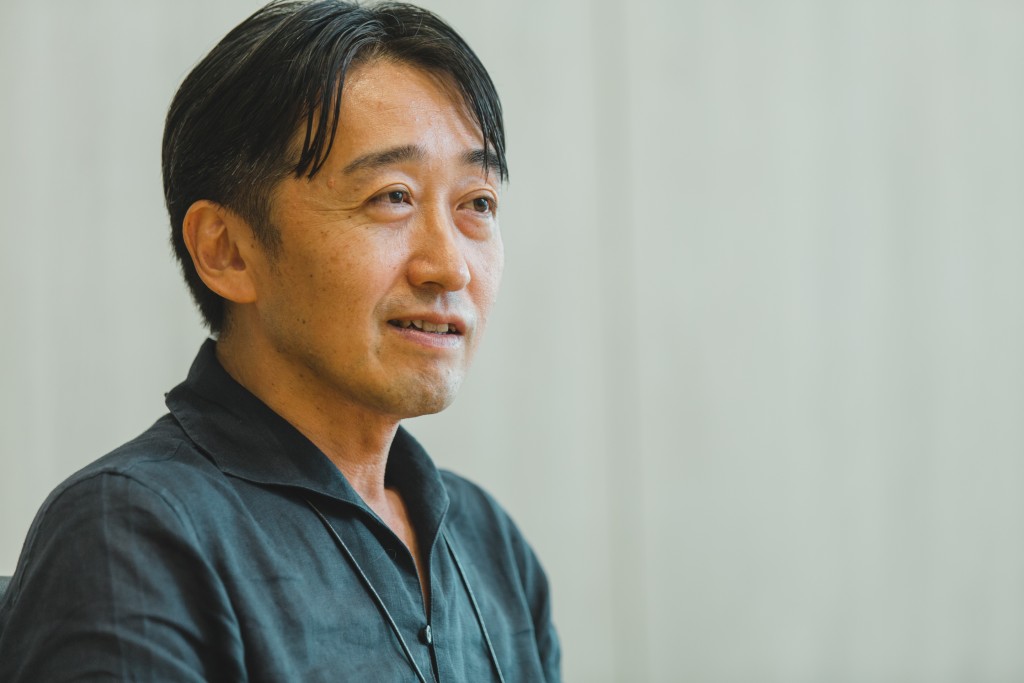 Kobayashi: If you are considering launching an accelerator program, you should do so right away. Regardless of whether or not your program will take an “accelerator” format, an initiative to establish a relationship with start-ups in a broad fashion is essential for every company. We were initially exploring what form the accelerator should take. However, we now customize it in a way that suits our company. Therefore, if you are wondering how to go about launching an accelerator, you should just go ahead and do it without worrying about what form it should take.

Regarding how he customized the accelerator program to suit his company, he talks about the strength of Mitsubishi Estate that no other company can imitate.

Kobayashi: The strongest characteristic of our program is that it can provide a venue for conducting an experiment in a real-world setting. We have a variety of lineups, including the facilities owned by the group such as offices, houses, and hotels. There are not many companies that can provide actual venues like we do. So, we are highly regarded by many companies. For this reason, I believe that we are compatible with companies that have products that require testing in a real-world setting.

Kobayashi says that the company continued to make improvements as it accumulated experience. So, what kind of improvements have been made for this program?

Kobayashi: Until now, we had been seeking applicants based on the broad theme of “changing the town through technology.” However, this year, we have been interviewing individual corporate divisions about their specific visions and challenges. We have created a theme based on the challenges faced by individual corporate divisions and what they want to achieve. For this reason, I believe that we will be able to form collaborative projects more speedily.

Initially, we used to emphasize a festival atmosphere for the event. Now that we have succeeded in our publicity campaign and people came to understand our initiative, the festive element is more subdued. This year, the final reviews will be conducted by each corporate division, not the president. So, we will be able to directly select companies with which we could collaborate. I believe that we will be able to produce collaborative projects that better meet our needs. 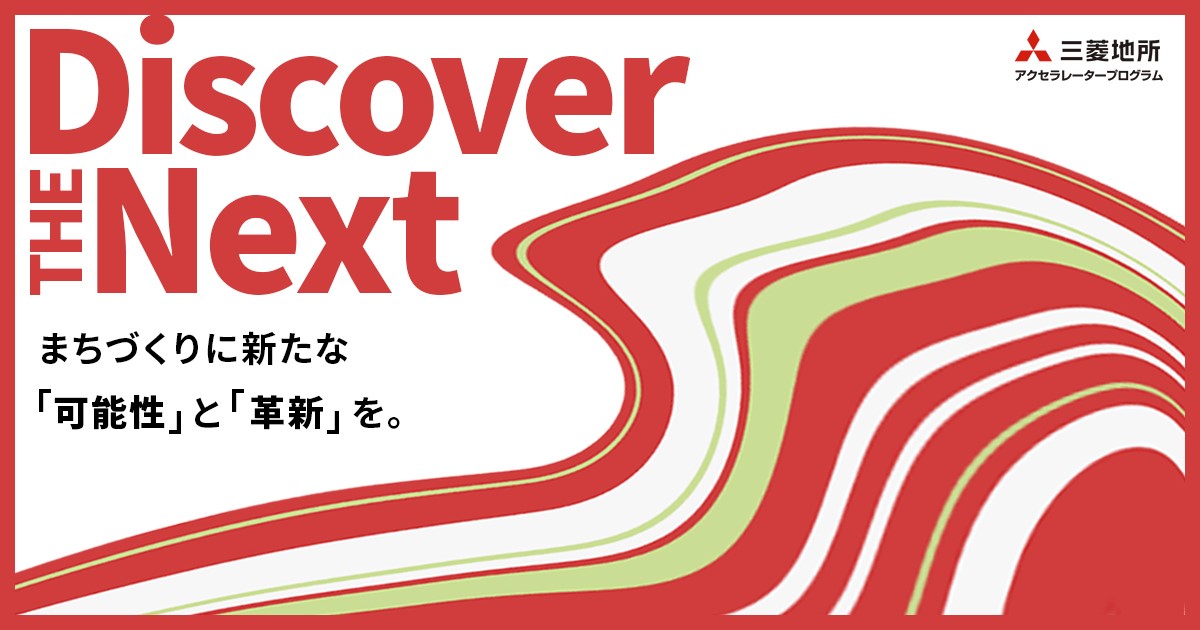 Finally, Kobayashi explains that what is important in creating any successful open-innovation project (not just an accelerator program) is to first give it a try.

Kobayashi: Many things remain unknown about open innovation until you actually do it. If you feel the need for open innovation, it is important to first give it a try. If you do not get the results you expected, this is not a failure. Knowing that you cannot get results by a certain method is a lesson in and of itself. What is important is to consider how to make it work, instead of thinking that you should give up because open innovation does not get you anywhere. We have made repeated attempts to make improvements. This is how we got where we are today. If you are considering open innovation, you should be willing to try it and then make improvements later.

・Mitsubishi Estate began its Accelerator Program to connect with more start-ups.
・The company began to see the challenges it wanted to resolve and the projects it wanted to pursue in cooperation with other companies in a more specific manner as it accumulated experience, and began to recruit start-ups that could meet those challenges.
・The company involved key personnel from corporate divisions at an early stage of the program in interviewing start-ups, with the result that corporate divisions had a strong sense of ownership in the process.
・It might be a good idea to first find a person who would willingly cooperate, instead of trying to work with an entire corporate division right away.
・If you feel the need for open innovation, it is important to first give it a try.