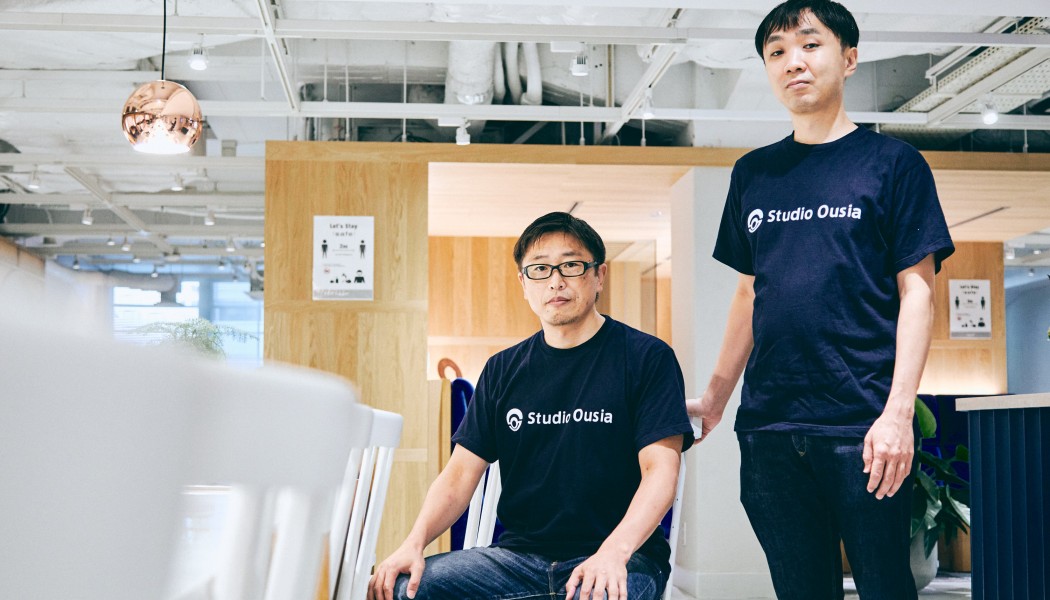 Studio Ousia is the developer and provider of QA ENGINE, a high-performance question-answering system that uses artificial intelligence. QA ENGINE can be used for customer helpdesks, chatbots, and in-house FAQ systems. It is a highly sophisticated question-answering system that won consecutive championships in international AI competitions, in addition to defeating a team of human quiz champions in the U.S.
We interviewed the company’s co-founders, Yasuhiro Watanabe and Ikuya Yamada, regarding the advantages of winning international competitions and how they put the technology-driven business

・The only goal was to establish a globally competitive company.
・The company entered competitions to have its technology evaluated by global criteria.
・Managers must make a clear distinction between business and research
・Key points 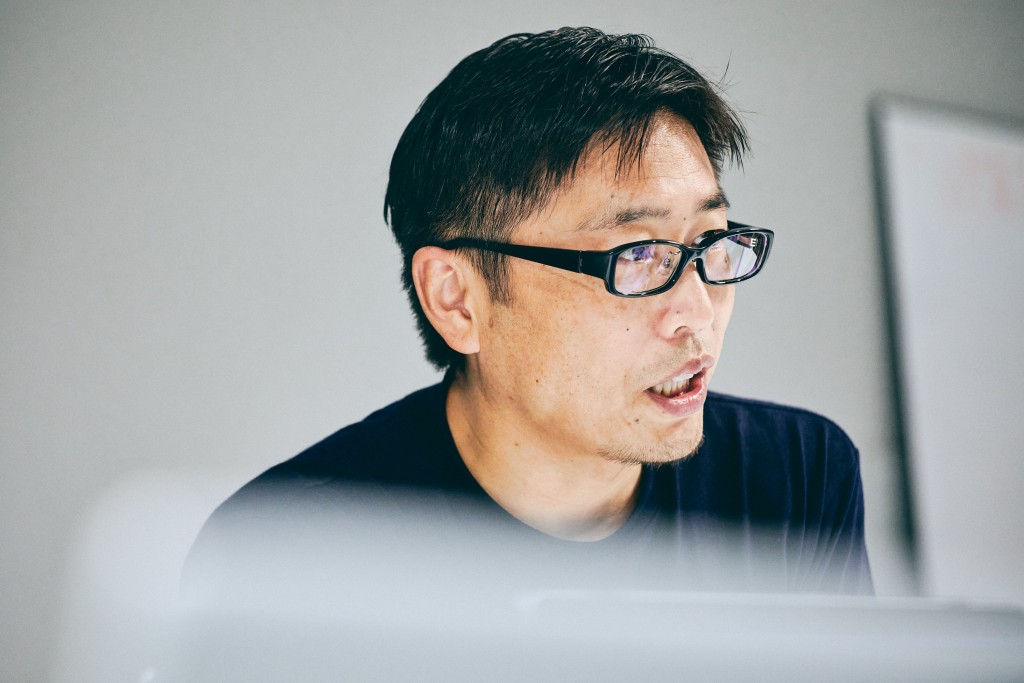 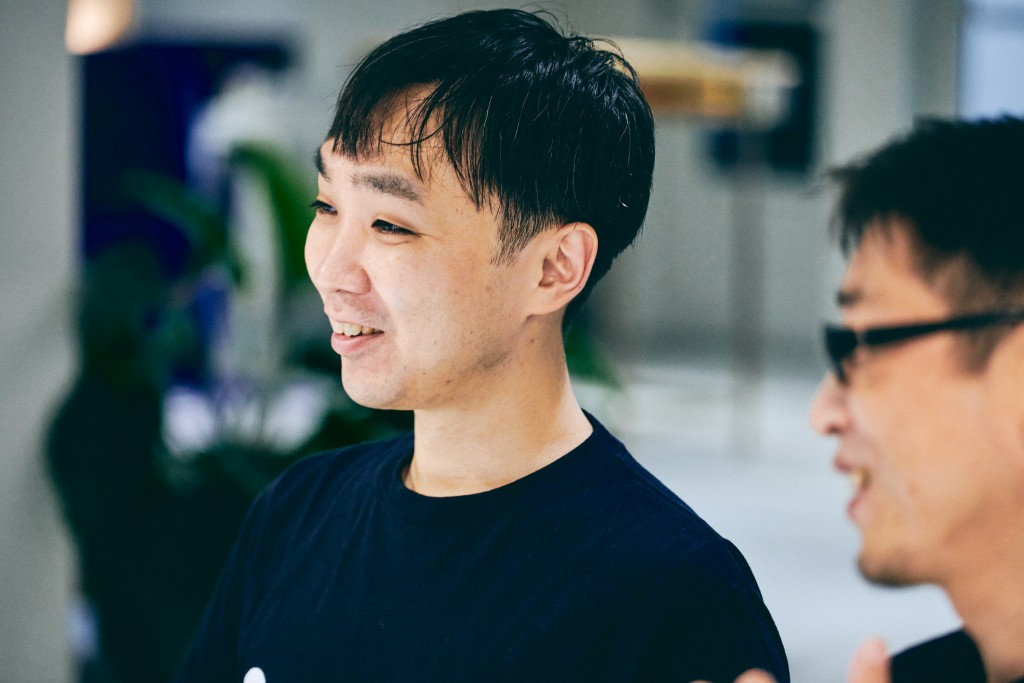 Ikuya Yamada
Co-founder, Chief Scientist/Ph.D.
Yamada began his career as a software engineer around the time when he was in junior high school. When he entered university, he founded Neuron and pursued technology development related to peer-to-peer computing. Yamada later sold the company to Fractalist and became a director of that company. After leaving Fractalist, he established Studio Ousia. He has won many high-ranking prizes, including four grand prizes, in AI competitions at leading international conferences on information science such as NeurIPS, ACL, NAACL, and WWW. He is an AIP research fellow at RIKEN, as well as a Kaggle Master.

The only goal was to establish a globally competitive company 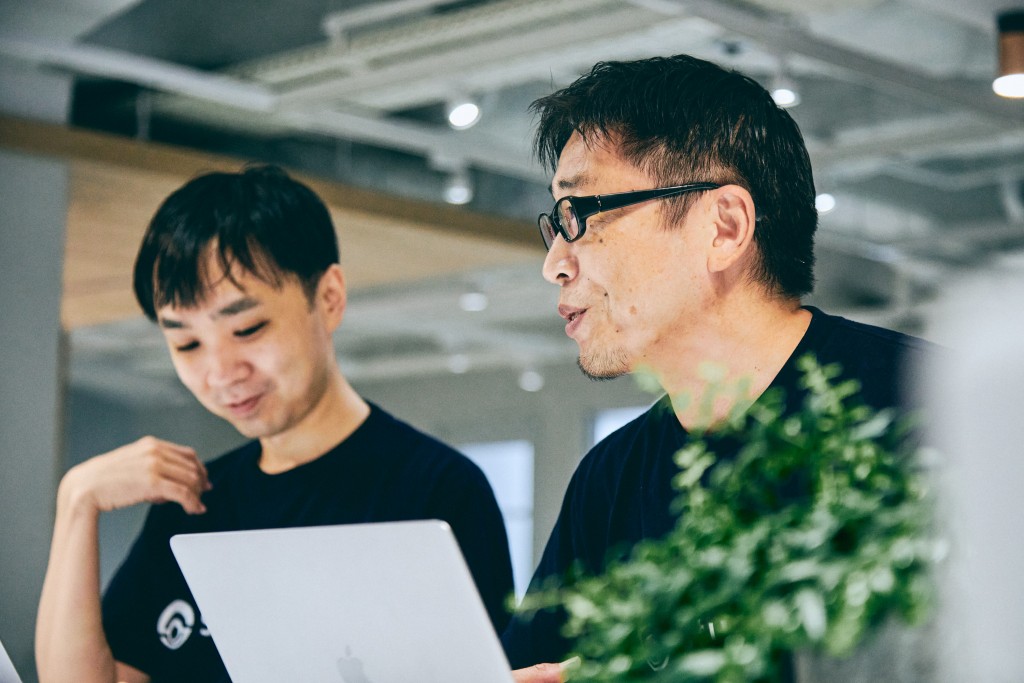 First, they explain the circumstances surrounding the establishment of the company. Watanabe has a background as an investor, while Yamada has a research background. How did the two meet to launch a business?

Watanabe: I joined investment firm JAFCO fresh out of university, and worked there for about four years. After that, I became a salesman at a Dutch-owned insurance company and worked entirely on commission. During the IT bubble of 2000, a senpai (a senior colleague) from JAFCO was launching a fund. So, we got together and jointly established an independent venture fund. By 2006, I had recovered most of my first investment, and I was seeking a new opportunity. I met Yamada again at that time. I had previously met Yamada through a mutual friend because we went to the same university. When I met him again, he had just sold his own business, and he was about to join a graduate school at Keio University’s Shonan Fujisawa Campus. There, he established a pioneering research group in the graduate school.

At the time, we did not have any research theme. However, he and I only decided to establish an engineering company that could be globally competitive in the field of computer science. This is how we began. So, from the beginning, we ran through various themes that could work on a global scale, and narrowed them down to those that Yamada found interesting. At the time, Wikipedia was gaining worldwide attention, and we were also planning to launch a service that would aggregate all information related to keywords. This is how our current research began.

Yamada: I enjoyed programming and new technologies even when I was a child. I began to sell online software when I was in junior high school. When I entered university, I launched a company to develop internet-related technologies and later sold it. However, I began to sense that there would not be much room for growth in the area of internet technology. I met Watanabe when I was seeking a new challenge.

Watanabe: It is not that we were taking on any outsourced contracts haphazardly. We would only handle projects that were close to our own research theme. For example, we developed a language-processing system and a machine-learning system for an ad network company for behavioral targeting. We also developed a browsing tool that allows people to conduct searches while watching their favorite TV shows on a new tablet. It just so happens that I also operate a fund as an individual. So, initially I invested from my own fund, too. 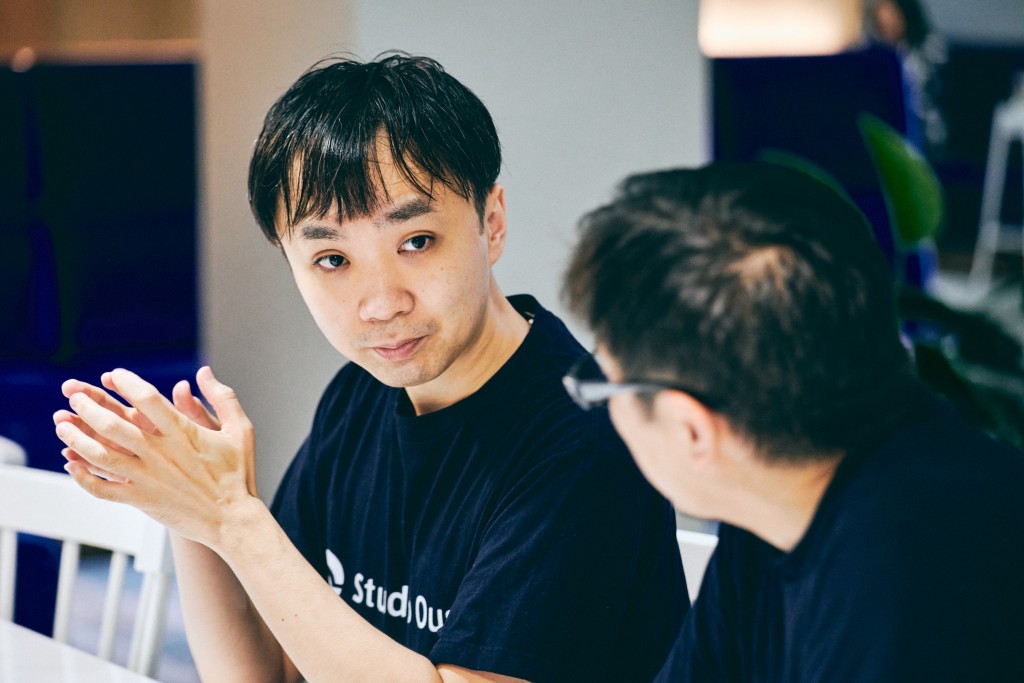 What made Studio Ousia, which began by handling outsourced development projects, expand its business?

Watanabe: The opportunity for our current business came in 2015. At the time, a chat user interface (UI) was drawing attention. We developed a chatbot system believing that, going forward, a major entranceway to information would be a chat UI. We had already researched how to apply Wikipedia to natural-language processing. So, we were able to utilize that research for automated answering technology. At the time, we entered several competitions based on that technology and won prizes.
Watanabe explains that the company entered competitions in order to have its technology evaluated based on global criteria.

Yamada: What we are developing is not the sort of technology that gives us user feedback every time we release a new function, as in the case of a web browser. We believed that entering competitions would be a great way to have our technology evaluated because we would be able to receive direct evaluations regarding the functionality of the technology we were developing. So, we sought out competitions that were in accordance with our development theme, and participated in them.
Yamada goes on to say that not many Japanese companies win global competitions. What are the factors that allow Studio Ousia to achieve great results globally?

Yamada: In a competition, the theme is presented clearly. Participants develop an approach to the theme within a certain period of time. Simply put, if you come up with a good approach, you will win, and if not, you cannot win. We only choose competitions in the area where we have strength. So, we do not usually create an approach through trial and error after the competition begins. We enter competitions with themes that are close to our regular research and development activities, those that we could actually win. This is why we are achieving results. 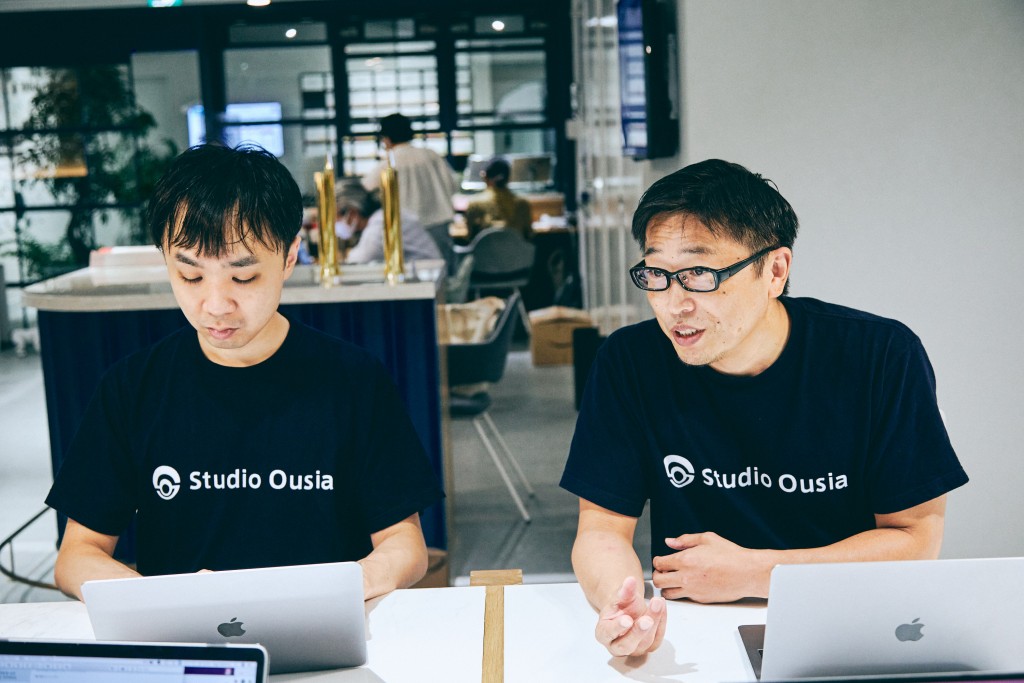 Watanabe explains that achieving results at competitions has greatly benefited the company.

Watanabe: When we won a competition sponsored by the world’s most famous international AI conference, our business received a huge response. Our system also beat a team of U.S. quiz champions, and we were given huge media coverage: a Japanese company wins on the world stage. We received many responses from companies that saw the articles. Chatbots are commonly used now, but many companies were still undecisive at the time. Our wins gave us the opportunity for such companies to try chatbots.

Yamada: One of the areas where we received a huge response was employee recruitment. We received many applications from capable engineers who saw articles about our wins. We also had many outstanding student interns. Some of them continued their internship remotely even when they went abroad for studies. Excellent workers give us strength more than anything else, in part because our business is dependent on human resources.

Managers must make a clear distinction between business and research 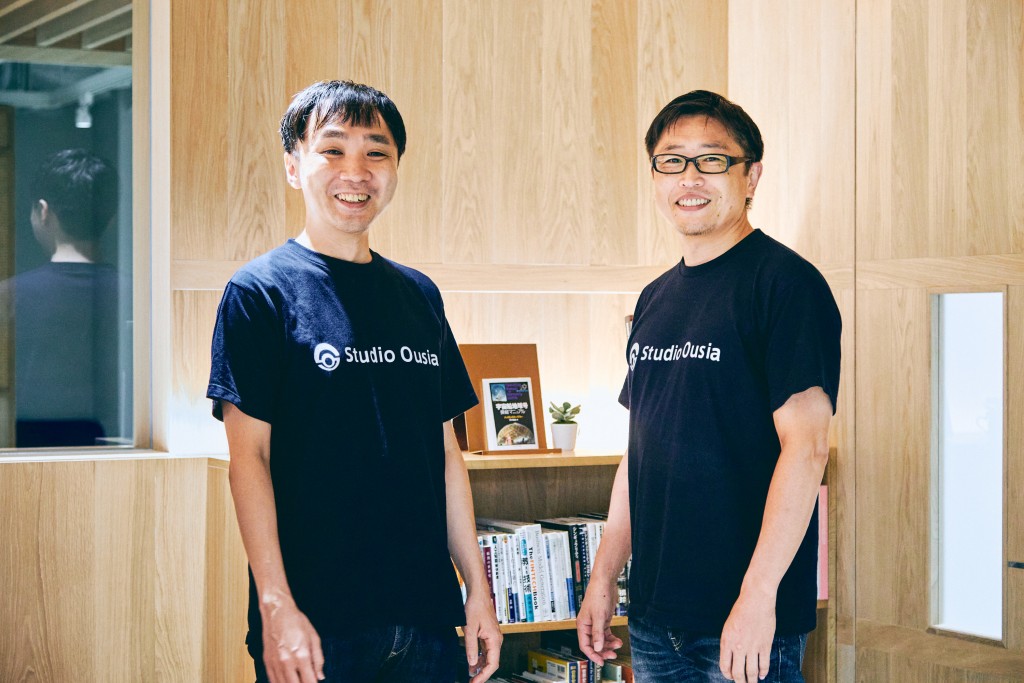 AI is a technology that is not familiar to the general public. Thus, it is not easy for people to evaluate the level of technology in this field. For this reason, many AI vendors simply claim that their technology is of high quality without providing any fair comparison. Yamada explains that it is a situation where “whatever they say goes.” In such an environment, how does the company distinguish itself from others and demonstrate the superiority of its services?

Yamada: Customers are not AI professionals. So, it is not easy for them to evaluate the quality of technology. This is exactly why I believe that an opportunity to have our technology evaluated objectively, such as through competitions, is valuable. Our achievements so far serve as a good benchmark.
Having said that, I do not believe that entering a competition is necessarily the only way. If there is a competition that is highly relevant to your research theme, entering that competition would be an option. However, I do not think that you should change what you are already working on in order to enter a competition.

Although Yamada explains that the results of competitions greatly benefit their business, he also adds that there is no need to enter a competition for the sake of business. He goes on to say that the relationship between business and research is like that of oil and water.

Yamada: When I attend meetups, I often hear researchers express their concerns that their managers demand tangible research results quickly. Business and research and development are both important. However, conducting research in a myopic way would not lead to any fundamental solutions or results. If managers who do not have any technical expertise ask whether something is useful or profitable, the discussion would not become very fruitful. It would be best if the managers could acquire crucial technological knowledge by studying for themselves. If they do not have the time to do so, they should understand that the research results will produce business value in a way that they may not recognize, and they should just enjoy the process. In Japan, there are very few cases where engineers launch a business. For this reason, there are not many managers who understand the importance of technology or crucial points about technology. Watanabe understands all that, and we divide our responsibilities accordingly. So, it is easy to proceed with my work.
Google has a “20% rule,” which requires employees to allocate 20% of their time to work that is different from their regular duties. Japanese companies should probably learn from that. Incidentally, we have a “25% rule,” which is modeled on Google’s rule.

It appears that engineers need managers’ understanding in order for them to freely immerse themselves in research. We asked Watanabe, who is not an engineer, regarding how he manages engineers.

Watanabe: It is important to make a clear distinction between research and business. Still, some adjustment is necessary because we are the same company even as we maintain such a distinction. This is not easy, but I believe it is very meaningful. Managers should first decide to operate the company on both wheels: technology and business. They then should see what works best through trial and error.
In particular, it may take some time for a technology-driven company to find its place in the market. Once you make a commitment, it would be best to focus on a single theme. It may be difficult at first. However, if you continue your research, your technology will grow, and you will eventually become globally competitive. First, what is more important than anything else is to make a strong commitment.

・The business was launched with the goal of establishing a technology company that could compete globally in the field of computer science.
・The idea was based on the belief that massive data would eventually be fused with natural language processing.
・Entering competitions would allow the company to receive direct evaluations of the functionality of the technology under development.
・The company enters competitions that have themes that are close to its own research and development theme, i.e., competitions that it could actually win.
・Achieving results at competitions benefits the company’s human resource recruitment.
・It is important to make a clear distinction between research and business.
・What is more important than anything else is to make a strong commitment.