TOP > Article > Behind the scenes and the many twists and detours in the execution of the 20-year plan to construct the Tokyo “Torch Tower” skyscraper (“‘TOKYO TORCH’ Tokyo Station Tokiwabashi Project”).
SHARE
TO TOP 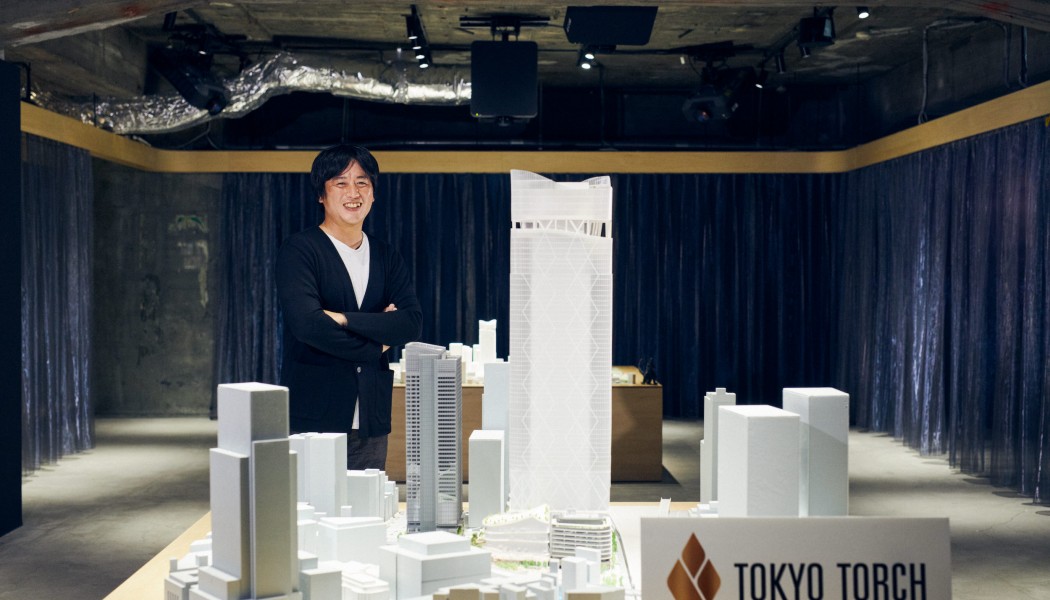 Behind the scenes and the many twists and detours in the execution of the 20-year plan to construct the Tokyo “Torch Tower” skyscraper (“‘TOKYO TORCH’ Tokyo Station Tokiwabashi Project”).

In 2027, a new neighborhood will be born in Tokyo’s Tokiwabashi area, the former gateway to Edo Castle. The name of the project is “TOKYO TORCH (Tokyo Station Tokiwabashi Project),” representing the wish to illuminate Japan as would a torch. With this vision in mind, a development plan is underway to make this a new center of Japanese tourism and launch a new era of business. 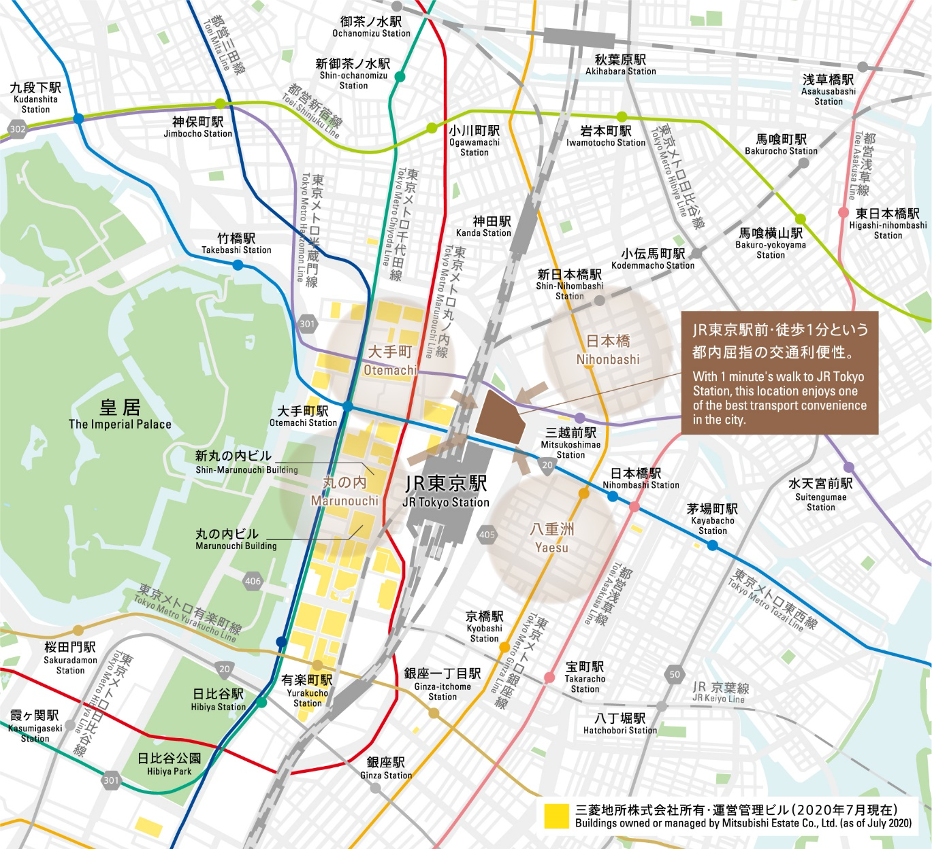 As a result, the Tokiwabashi area where TOKYO TORCH is located, surrounded on all sides by Otemachi, Marunouchi, Nihonbashi, and Yaesu, is also about to undergo major changes. In preparation for the completion of the entire district in 2027, the plan calls for the renovation of public facilities, including substations and sewage-pumping facilities that support Japan’s infrastructure, and the completion of the “Tokiwabashi Tower” complex in the area in 2021.
We asked Naoki Tanizawa, who has been involved in the project from the very beginning, how to keep the gears of such an ultra-long-term project turning, how to increase the number of “fans” that will lead to the success of the project, and how the idea of the office should evolve now that it is being reimagined in light of the COVID-19 pandemic.

・A property developer’s view: The significance of the office “After COVID-19”
・Cultivating “fans” of urban development
・Semi-systematic “margins” in line with the times
・Key points 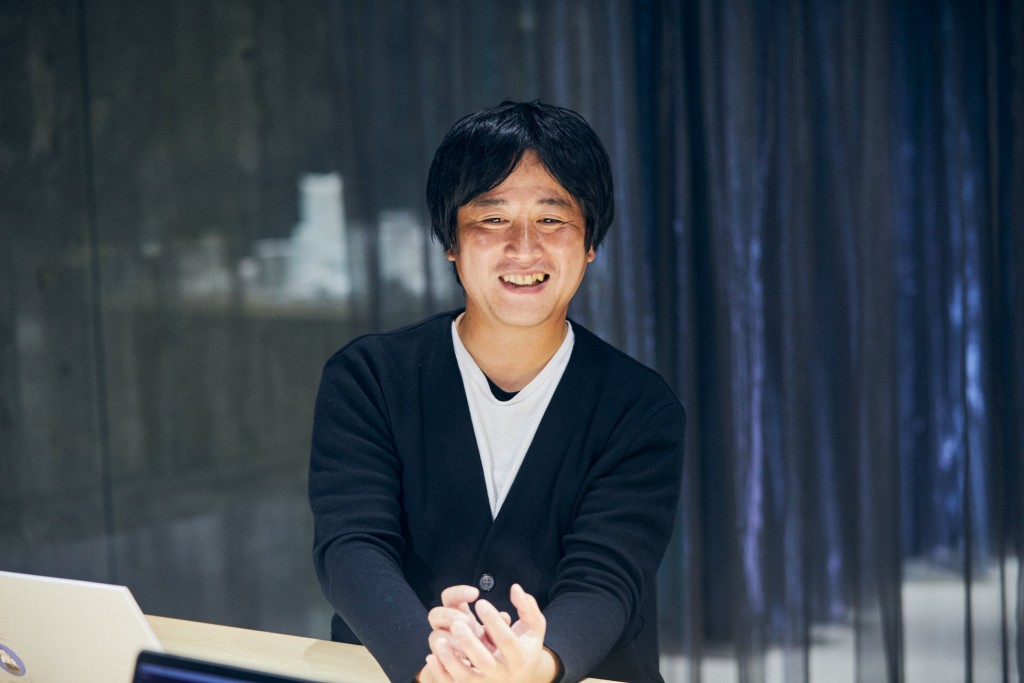 A property developer’s view: The significance of the office “After COVID-19”

――TOKYO TORCH’s mission is to “brighten and revitalize Japan.” Words like “regional development” and “affected population” continue to draw focus, but why did you decide to focus on “region” for this project as well?

Tanizawa: “In this age when people can freely work anywhere, including at home, our team was talking about the need for a place to which people feel attached: ‘This is my workplace or my home place.’ We envisioned a place that would be familiar to each person coming to work in Tokyo from all over the country, like how they would feel for their hometown. In order for people to become familiar with their workplaces and surrounding areas as their ‘second hometown’, we thought it should be a place that could evoke the charms of each region of Japan.” 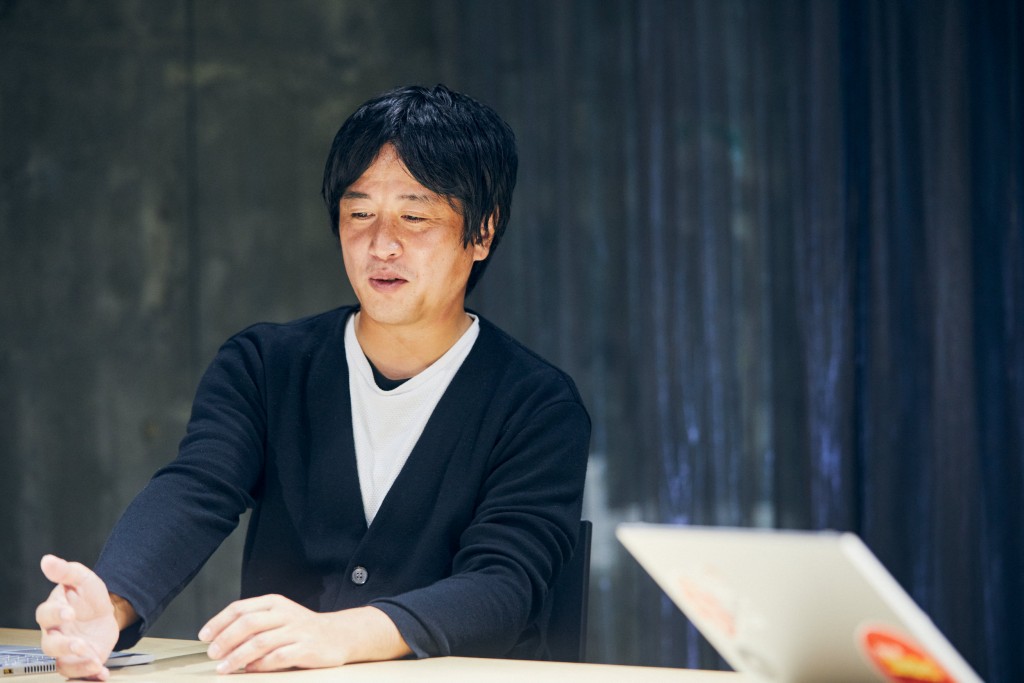 ――While discussion around rethinking the role of physical offices has picked up in the wake of the Covid-19 pandemic, you had been considering “values transcending work” even before the crisis, hadn’t you?

Tanizawa: “Indeed. When we relocated our headquarters (in 2018), we had a hypothesis that a cutting-edge workplace would look like this. While the impact of the Covid-19 crisis has proven this, we are also discussing the basics of what a new kind of workplace could be. First, there are measures in place to ensure social distancing in shared spaces, such as contactless procedures, disinfection protocols, and open-air spaces, but, ultimately, I think it will come down to ‘how people gather’ after such measures become the norm.
When I think about the significance of an office for a company, I think of it as a place where they can continue to convey their identity and culture over the long term. It may not be right now, but when each company decides to relocate at their own timing, I think they will definitely come back to that. I think it is easy to choose a location that is connected to a particular region of Japan or a place where people can gather.”

――So how people use offices will also change. Are you thinking of proposing something other than the traditional tenant method?

Tanizawa: “Yes. I think it’s necessary for developers to propose new ways to lease office space and create services that make it easier for workplace users to operate.”

――I heard that you were conscious of involving more and more people inside and outside the company when you started working on this project, even though you could not see where it would take you for the next ten years or so.

Tanizawa: “Yes, that’s right. This project was launched around 2010, about 10 years ago. When I was assigned to this department, my first mission was to ‘imagine a project that will be completed 20 years from now, when you are 50, and get started.’ I was 30 years old at the time. I couldn’t imagine it myself, and the people around me didn’t take me seriously, saying, ‘You can’t predict the future.’ While this was the case, when you want to advance an urban planning project, there is no point in just working on the city itself. You have to attract people, and you have to create an environment where you can attract people. The point is that if we fail to broaden the scope of our activities, we will only be able to discuss what is right in front of us. This is what I talk about with my team.”

――I understand that such activities must have seemed rather “freeform” to other employees.

Tanizawa: “I’ve been involved in this project since before it had a name, and up until now, I’ve worked in several departments including the General Affairs Department (head office relocation project), the DX Promotion Department, and the Commercial Real Estate Strategic Planning Department (planning and drafting development strategies). In the head office relocation project, I have organized proof-of-concept experiments that lead to the Tokiwabashi Tower (to be completed in June 2021) and Torch Tower (to be completed in 2027) projects, and I also work to apply the results of these experiments to the projects.
What is important during these steps in this process is to take the position of the so-called ‘gatekeeper’. In doing so, you get all kinds of information and people seeking consultation who say things like, ‘Because this person is in this department.’ We often say that ‘everything is connected’, and that’s exactly what I mean. If you don’t have a lot of allies who are both supportive and interested in the project, you will never be able to advance it.”

――When deepening friendships with locals, I heard that such a wide range of defensive attitudes led you in the right direction.

Tanizawa: “That’s right. Rather than just making a sales pitch out of the blue, for example, you could first familiarize yourself with the Furusato Nozei (hometown tax) system and then attend meetings where people from the local area gather. If you take on a so-called ‘mysterious mission’ in addition to your main job, you will gradually come to understand the passions of the people involved. As everyone in the department works in this way, they become more active and stretch beyond their individual capabilities. This is a skill that has been cultivated by successive department heads.”

Semi-systematic “margins” in line with the times 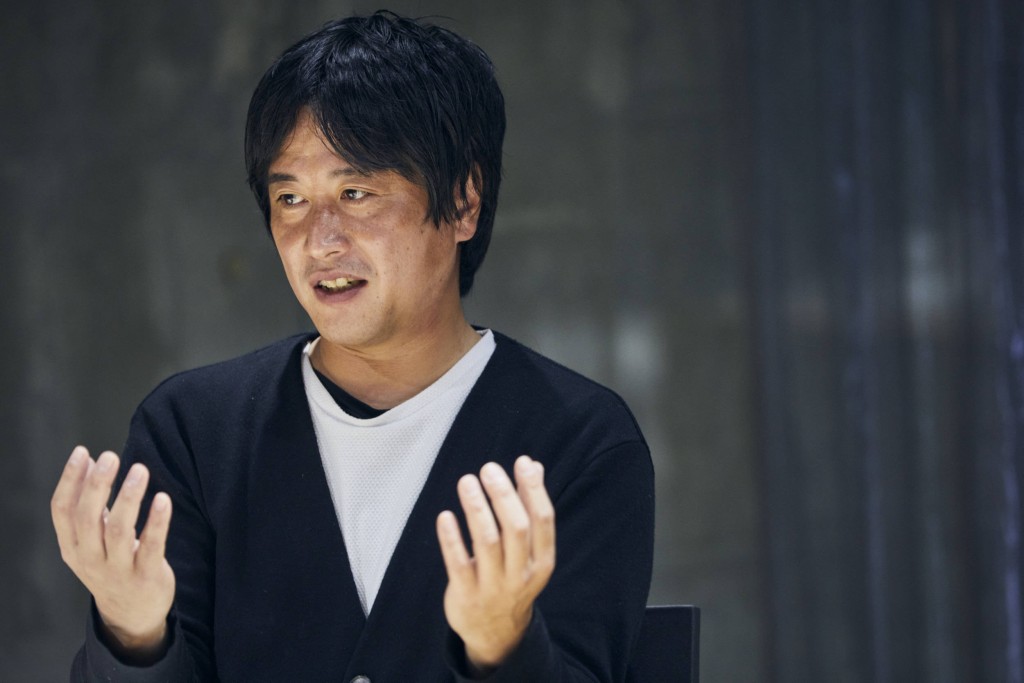 ――Now that the project has finally reached the midway point, please tell us about the project so far. Why do you think the project has progressed so smoothly, with no blurring of concept and content, even though it is such a long-lasting, large-scale project?

Tanizawa: “In terms of time, we’ve turned the corner, but from my point of view, we’ve only just begun, and we’ve certainly only just become able to clearly verbalize what we want to do. In the beginning, we didn’t have a solid concept at all, and if we had proceeded as we were, it would have been a disaster.
After all, in order to create a hypothesis, we had to create a tentative concept, put it together in several tentative steps, and then polish and refine while listening to the reactions and opinions of people outside the company. I feel that the results of this process are what led me to where I am today. Without that trial and error, we might have gone in the wrong direction, for example, gathering famous people in that field.”

――So the most important thing is not to make the concept perfect, but to just get things moving with an initial form, even if it’s just temporary.

Tanizawa: “By doing so, it will be easier to get feedback from people inside and outside the company who have listened to the story, asking where they feel something is wrong, and the story will develop further. This is just one example, but one of our initiatives is to provide on-site classes for junior high-school students in Tokyo. Two hours of class time were devoted to group discussions. Most were typical of junior high-school students, but there was one that got to the heart of the matter: ‘It would be better to communicate the appealing aspects of Japan, especially those from rural areas.’ It was surprising to me that the teenage generation living in Tokyo also felt that there were hidden gems out in Japan’s countryside.”

――That’s an unexpected realization. Were you conscious of being flexible and not restricting your movements throughout the project, including such research?

Tanizawa: “The greater the freedom of movement in an ultra-long-term project, the clearer your targets will become, and it is risky to lose flexibility just to make and stick to a plan or incorporate what happens to be today’s common sense.
It’s more the nature of this project than my own. In order to meet the challenge of designing the largest, most expensive, and most public-interest project in Japan for development in an empty area with historical background but that evokes no impression, it is obviously a mistake to proceed with an extension of past examples. We should probably recommend a workaround for that.
As for Torch Tower (to be completed in 2027), we’re still working on the project, leaving a lot of room for improvement. In the future, when technology develops to the point where people will come to work by drone, for example, we will need public roads for that. Even with such ‘sci-fi’ things, there is room for additional design in a realistic manner. We need to seriously consider what is or isn’t likely to happen in the future. So, in any case, we need to write down everything we can think of and explore the possibilities, and when we start doing that kind of research, we naturally have to reach out all over the place. I guess that’s why people in the company think that I’m something of a free spirit.
However, all of this is a strategy to proceed with an uncertain project with less risk and closer to the ideal.”

・In 2027, TOKYO TORCH (Tokyo Station Tokiwabashi Project) will be born in Tokiwabashi, Tokyo, the former gateway to Edo Castle.
・In order for people to become familiar with their workplaces and the surrounding area as “another hometown,” the project began with the idea that it should be a place that could evoke the charms of Japan’s different regions.
・The value of the office was being reimagined since before the COVID-19 pandemic, and the company has used this as a hypothesis and demonstrative experiment for the relocation of its headquarters (2018).
・When Tanizawa was assigned to his department, his first mission was to “think of a project that you can drive the next 20 years, until you are 50.”
・By assuming the position of a gatekeeper, one can receive a variety of information and people seeking counsel.
・With ultra-long-term projects, it is necessary to create a hypothesis, put together a tentative concept in several stages, and then brush it up by listening to the reactions and opinions of people outside the project.
・The longer the project’s time frame is, the more freedom you have to move, and the more your sights are set.