TOP > Article > In 2020, We Continuously Asked “What Can We Do as a Town?” The Reasons for Mitsubishi Estate to Create Virtual Towns
SHARE
TO TOP 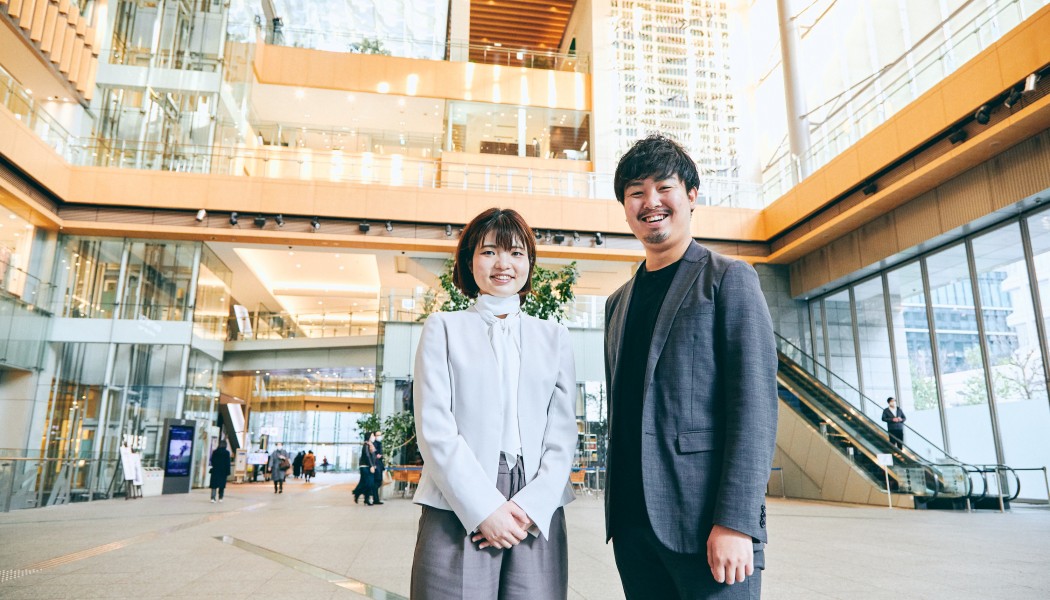 In 2020, We Continuously Asked “What Can We Do as a Town?” The Reasons for Mitsubishi Estate to Create Virtual Towns

On February 21, 2021, Mitsubishi Estate and Cluster Inc. released “Virtual Marunouchi” as a virtual space that reproduces the town of Marunouchi, Tokyo. It is a large-scale project that utilizes “Cluster,” a service provided by Cluster that enables anyone to easily generate virtual spaces.
The “Virtual Marunouchi Festival” was also held on the same day as the opening event. Over 1,000 people watched live performances when a comedy live show held at Yoshimoto Yurakucho Theater was streamed virtually. The festival attracted a great response, with the number of visitors exceeding the actual theater’s capacity.
We asked Komatsubara from Mitsubishi Estate and Kamegai from Cluster the following questions. Why does Mitsubishi Estate, which is a real estate developer and conducts business mainly on brick-and-mortar venues, create virtual spaces? What do the two companies aim to do in the future?

・In 2020, we continuously asked “what can we do as a town?”
・Start-ups and major companies undertaking projects together
・How to separate virtual and real
・Key points 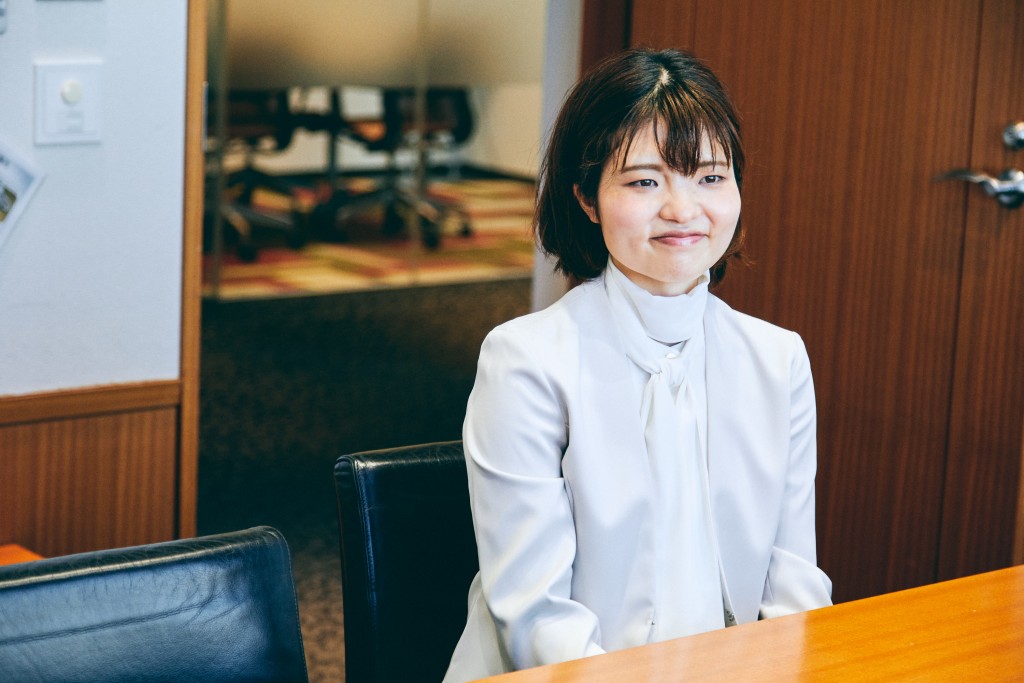 Aya Komatsubara
Since 2019, she has been in charge of the Marunouchi UrbanTech Voyager Project at the Open Innovation Promotion Office of the Area Management Planning Department of Mitsubishi Estate (*title at the time of interview). She is engaged in planning and implementing demonstration tests of cutting-edge technologies in the Marunouchi area, mainly in the AI, IoT, and robotics fields.

Takushi Kamegai
After graduating from Keio University, he worked as an advertising sales/account planner at CyberAgent Inc.
Since 2020, the Enterprise Division of Cluster Co., Ltd. has been planning and proposing virtual events for corporate enterprises as an event planner.

In 2020, people started refraining from going out if unnecessary or non-urgent and were recommended to stay at home. People disappeared from the towns. Mitsubishi Estate, which had been promoting its business as a real estate developer, realized the need to create a new value.

Komatsubara: “We were focusing on attracting people to the towns and creating livelihoods in the process of urban development. However, since 2020 began, it has become impossible to say that we would like people to visit the towns actively. When we thought about a solution, we thought if there could be any value other than ‘visiting’ the towns we have built.”

The idea that emerged was “creating towns in a virtual space.” Visit the city, walk with people, and shop. I wonder if we can create virtual spaces that have been conducted only in brick-and-mortar spaces.

Komatsubara: “If we were in an age where people were constantly doing things such as buying things online, or encountering avatars with friends while staying at home and playing games, we would be able to spend the same time in town as we have in the past if we created the town in a virtual space.”
Based on this idea, Mitsubishi Estate spoke to Cluster. Cluster service provided by Cluster can be accessed from smartphones, computers, and VR devices to gather in virtual spaces, or so-called virtual SNS. Until now, the company has collaborated with major companies and has a track record of holding conferences, events, and other events on virtual spaces.

Komatsubara: “Virtual was an entirely unknown area, but we were able to think together about what we wanted to realize by consulting with you on a zero basis. We are also responding to a mechanism not found in actual towns, such as an order to create a viewing space on the rooftop of a building. Now that it is hard to go out at night, it was an order that we wanted a spot where we could see a night view at least in a virtual space.”

Kamegai: “This time, we have helped to replicate what is actually there and what is not. It has sometimes taken time for us to integrate the image by putting the imaginary prospectus and other things from scratch into the space and incorporating them. However, I think that we are creating a new Marunouchi on a virtual space that deepens our understanding through repeated dialogue and firmly solidifies the framework such as the design background.”

Co-creation by major companies and startups has been a hot topic in recent years, but it is not so easy for people with different backgrounds and ideas to face a single project. How did the two companies proceed with this project?

Komatsubara: “It did not really change the way we worked. Rather, we were just moved by the enthusiasm of Cluster, who tried to lead us to the output by understanding our intentions and thoughts. Since this was our first attempt, we did not know anything about it. Therefore, we asked them questions and actively tried to deepen our understanding as we proceeded.”

Kamegai: “We are working with the aim of increasing the return to companies that we work with as partners. When working with major companies, the most difficult task is to make many stakeholders more clearly imagine how to finish and utilize virtual spaces. To this end, we must not be a ‘no-frills’ partner. To do so, we need a space in which we can discuss even more details. I think this is a project that is truly questioned by our technological prowess.”
It is possible to create a new value by weaving together the reliability and track record of major companies, and the technical capabilities and speed of startups. Komatsubara said that the “Virtual Marunouchi Festival” held on February 21 was truly an initiative where you could experience this.

Komatsubara: “It was an event held after many meetings with Cluster and Yoshimoto Yurakucho Theater, but we carried out the event after considering a number of performances unique to the virtual space. We heard voices from entertainers who actually stood on the stage saying that they had fun, and the event was also well-received on SNS. We were happy that our efforts were reaching out to various people.”

Kamegai: “I faced the high hurdle of bringing the calorific value generated by people-to-people conversations and communication closer to reality, but it was a big harvest that made me aware of the new possibilities of events in virtual spaces. It was a large project that could be realized only by forming a tug with a major company. Therefore, I worked with imagination while working. As a result, it seems that my perspective of what can be done in virtual spaces has expanded.”

How to separate virtual and real 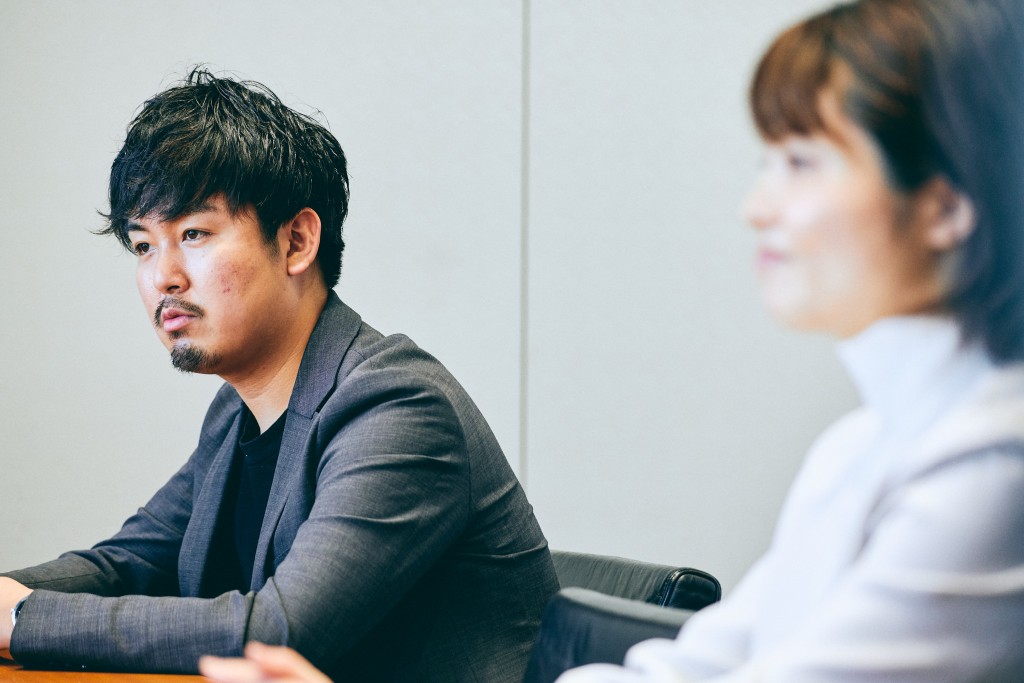 The difference between an online event and a real event is “whether or not there is randomness,” says Kamegai. Online access to information is very easy. However, it is rare to encounter people and things that can only be experienced by their foot. How does Cluster face those challenges?

Kamegai: “I think virtual social media is an environment closer to the real space than so-called online communication.
For example, in Cluster, you can operate your avatar and walk through the venue with your will just as you do in the real world. In addition, you can enjoy real-time conversations through voice chat and text chat. Therefore, there will also be chance encounters and discoveries between people in that.
Moreover, it is possible for friends to visit virtual events and spaces together. In the future, I think I can also use leisure time that is close to reality, such as going shopping with friends.” 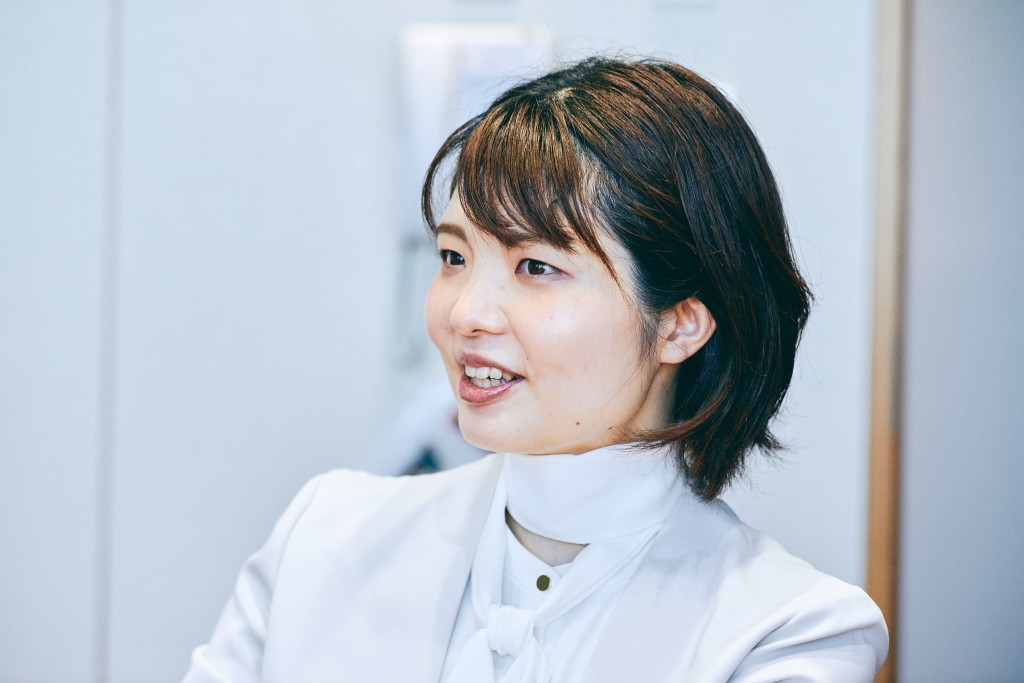 Komatsubara: “For example, when you are shopping in real life, you might get interested in a product with a word of ‘cute’ from a customer next to you who you do not know at all. Such randomness can be reproduced in some cases. Is that not the fun of virtual space?”
In the world of the future, both virtual and real will probably be needed. Considering this, how will Mitsubishi Estate with its real estate interact with virtual spaces?

Komatsubara: “I think it is still early to make a clear division. I think we should make judgments based on repeated experiments. However, as long as there are actions such as working in the office on a daily basis and shopping by seeing real things, we need commercial facilities and buildings in the district, and we must continue to think about real estate. Now that we understand the potential of virtual spaces, we should think about the creation of value for both sides by dividing them into generations, attributes, etc. and utilizing the characteristics and advantages of virtual spaces.”

Kamegai: “Mitsubishi Estate has an expertise in creating a real city. This knowledge can be utilized in creating a virtual space. For example, I think it is possible to create a city where you can spend more leisure time in the virtual space, and it would be fun if there were a movie or manga location tour where you like Marunouchi from anywhere in the world. I would like to find a good relationship by complementing virtual and real.”

・Mitsubishi Estate and Cluster have implemented a new project using Cluster’s virtual social media
・Reproducing the situation in Marunouchi, Tokyo on a virtual space, and holding events at the same time. On the day, a total of more than 1,000 participants gathered
・There is no distinction between virtual spaces and real aspects; in the future, utilizing both while complementing each other’s strengths and weaknesses will be required.
・It is important to deepen understanding and continue dialogue for two companies with different concepts to carry out one project.