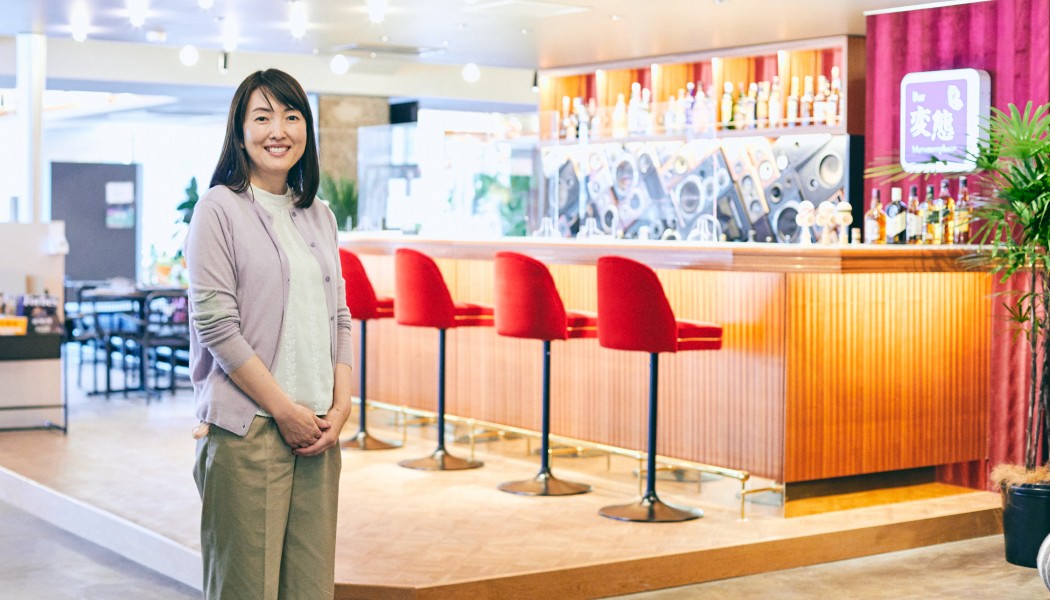 In recent years, the importance of “community” in the phase of business growth has often been discussed. This is because the gathering of people with diverse skill sets and thoughts has the merit of promoting rapid business growth with a high level of enthusiasm.

Today, we’ll be talking with Ms. Branscombe, the community director of Zero One Booster, who runs the Yurakucho SAAI Wonder Working Community (SAAI), which is described as a “relationship, such as business consultation, amongst the members [that] has started to emerge and is approaching an ideal form of a community.” 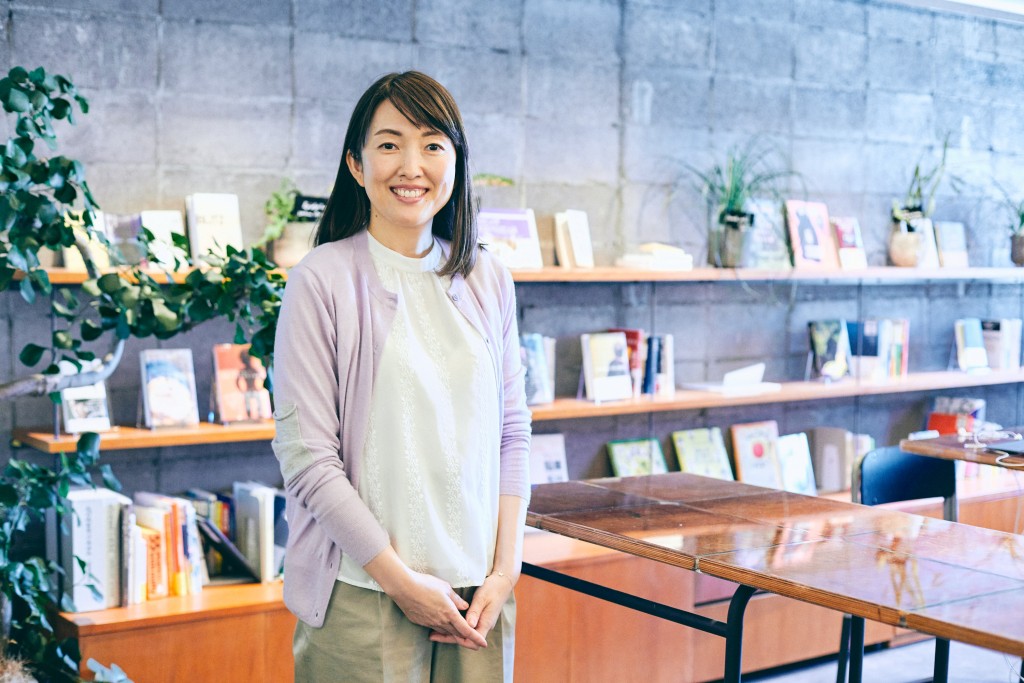 Fumiha Branscombe
Zero One Booster Corporation / Community Director / Yurakucho SAAI Operation Manager
After working for Oriental Land in store management, human resource training, and the launch of DisneySea, she moved to Culture Convenience Club. After working in the business administration department and as secretary to the CFO, she joined Nomura Securities Co. and worked as a financial advisor for 15 years. In 2020, she joined 01Booster. Utilizing her business experience and personal network, she provides support for the development of entrepreneurs and the creation of new businesses and industries. She holds an MBA from the Graduate School of Management, Globis University.

The community’s position differs depending on the phase

SAAI was created in February 2020. Office workers in the area known as OMY (Otemachi, Marunouchi, Yurakucho) were the prime target for community-building, but immediately after its opening, offline activities became difficult due to the need to prevent the spread of COVID-19. It got off to a difficult start, being forced to refrain from activities after the first state of emergency was declared.
After the state of emergency was lifted in June 2020, it was difficult to attract customers and hold events offline, so the company began holding online events. Aiming to increase awareness, the company held online seminars with Mr. Goda, the co-chair, as the main speaker.

Branscombe: “At the time, we had been open for four months. We were still at a small scale as a community, so we needed to get the word out to as many people as possible. That’s why we started holding events about our business of supporting entrepreneurs. At first, we concentrated on setting up a lot of online events in order to increase the number of events.”

Continuing to show the community’s activity was the key to survival for the community that was born in the pandemic. The efforts to hold frequent events bore fruits and they gained recognition and succeeded in getting offers from companies that wanted to speak at the events they held. The next obstacle they faced was improving the quality of the events they hosted.

Branscombe: “As the state of emergency dragged on, more and more people around us started to hold online events, and since we were competing for disposable time, we found it necessary to differentiate ourselves by improving the quality of our events. In particular, in community management, it is important to have chit-chat that emerges in planned contingency, so we decided to hold interactive events, where participants could interact with each other, rather than just input-driven events with a one-way talk by the speaker. Therefore, we tried to hold both types of event: seminar-type events where the number of participants was not too limited, and interactive events where the number of participants was small.” 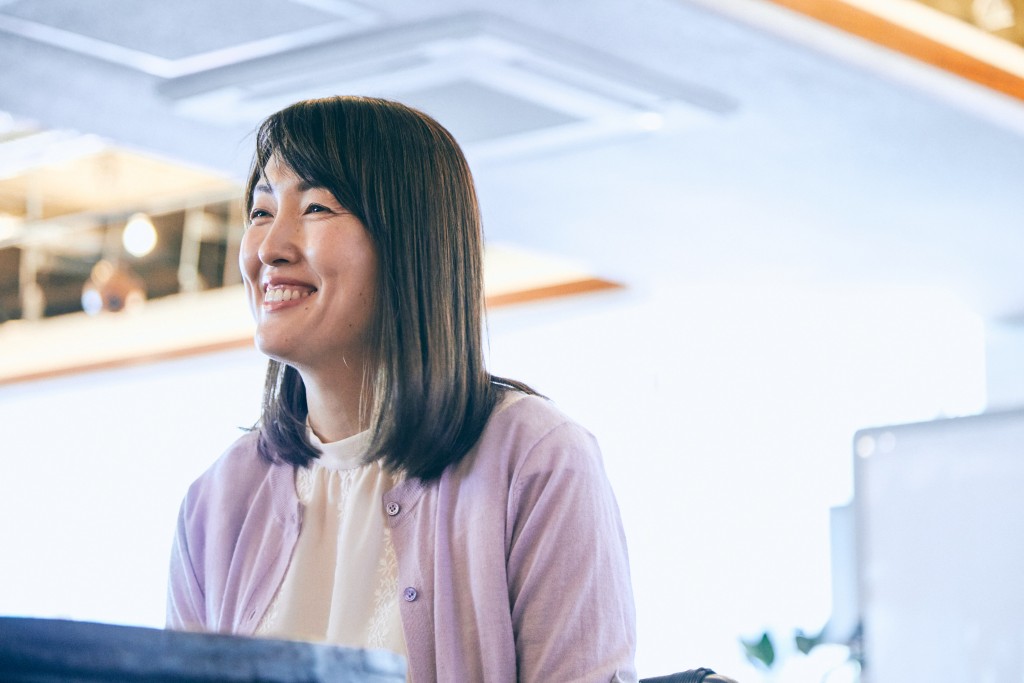 SAAI is a community with one goal: to create a space to support those who take on challenges. To create this space, they came up with a system that would allow people to connect online. They increased the number of opportunities for people to gather in a small framework, such as meetups to deepen mutual understanding and business consultation events.

Branscombe: “We wanted to create a place where people who use SAAI could interact with each other on an ongoing basis, rather than just a cross-industry exchange meeting. At the same time, we were working to spread the word about the movement as a community by distributing information about the event via the SAAI app and Facebook.”

Now, about a year after the actual start of the community, it has entered a new phase and has achieved further growth.

Branscombe: “Thanks to the management of events with a focus on interaction, we now have an increasing number of community members whose names match their faces. We’re getting closer to the ideal form of a community, with members actually consulting with each other on business matters and developing working relationships.”

Branscombe: “Intersubjectivity is something shared among the subjectivities of multiple people who belong to a community. I hold this up as an ideal because I want to create a condition in which people who come together as they want to create a new future or collaborate can give shape to their ideas while working with each other.”

In addition, it is important to maintain intersubjectivity by not overly inviting people who have not been able to participate in events as a community. “The reason they haven’t been able to attend is that they happen to be busy at the time. We need to find a way to interact that doesn’t exhaust us through dialogue,” says Branscombe. 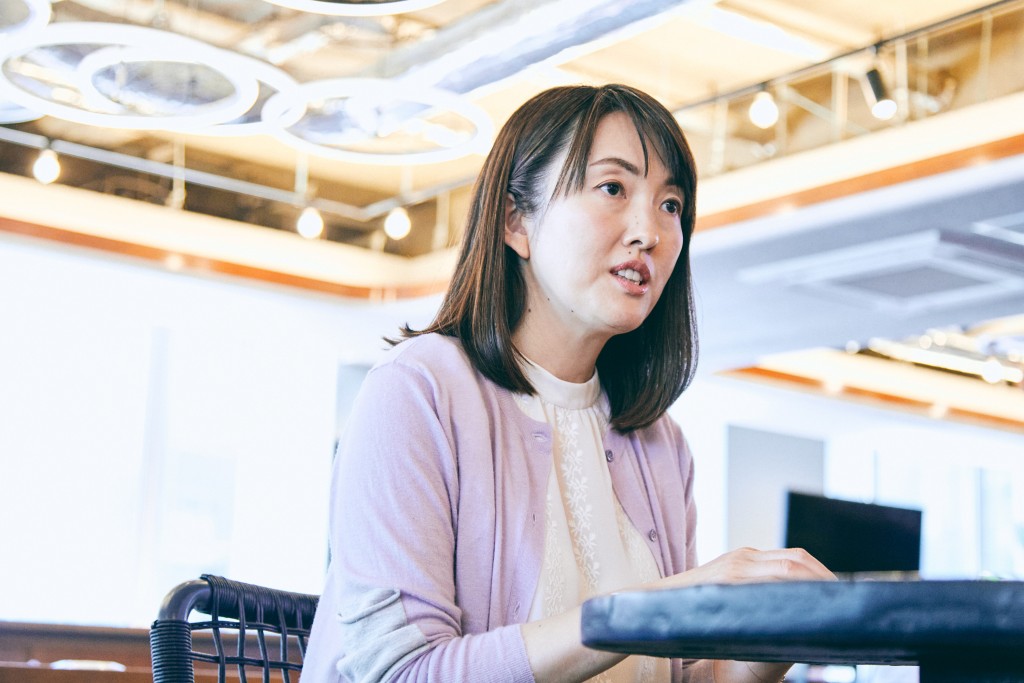 Branscombe: “The autonomous decentralization is an organization that is managed autonomously without creating a hierarchy among the people who belong to the community. For example, when a celebrity organizes a community, it often happens that the community cannot exist without the organizer. That’s one way of being a community, but it’s what we call a fan community, and it’s not what SAAI is aiming for. We want to create a community where each member has a role and acts independently. This is something I learned from the ‘discussion meal’ that I use as a reference for community management.”

In fact, many companies and organizations are probably working on community management with the goal of autonomous decentralization. However, it is more difficult to achieve this than expected, and it is not uncommon for many community members to become “Takers.” To overcome this situation, Branscombe has created a system that allows members to take initiative through small mechanisms.

Branscombe: “First of all, we believe that most people who join the community don’t come in with the intention of becoming a Taker. When they join SAAI, we ask them what skills they have, what challenges they want to take on, and how they can contribute to the community. That’s why we basically have a lot of people with a high level of enthusiasm.
Still, there are times when you become a Taker. This is because they are confused about what to give and how to give it, and about how to create the right environment. As a solution to this problem, we support the first step, such as setting up a dialogue or gathering participants based on what was discussed at the interview with the members. As we leave the role of the ‘Giver’ to them, more and more members are gradually starting to take on challenges autonomously.
Nowadays, events and co-creations that even the management doesn’t know about are being created, which makes me a little sad. But that’s the ideal,” she says happily.

Aiming to create an ecosystem that goes beyond a single community

Currently, the membership has surpassed 270. In addition, collaboration cases between members of SAAI have started to emerge, and SAAI is making steady progress as a community during the COVID-19 pandemic. One such example is that community members are involved with each other to further develop the business idea that was adopted in the business plan contest “01Start” held by SAAI.

Branscombe: “There is a community service called Futurino based on the plan by Ai Shimizu of Roca Inc. that was adopted. It’s a service that allows couples to work on building their relationship while creating horizontal connections with experts and friends, and when the service was first adopted, there was a sense that there were issues with branding and community building.
Therefore, Yuki Shinohara, a member of SAAI and a design consultant, cooperated with us on the branding aspect and we created the business together. As a result, it was successfully launched on April 15, 2021. I think this is a great example of collaboration between SAAI members.” 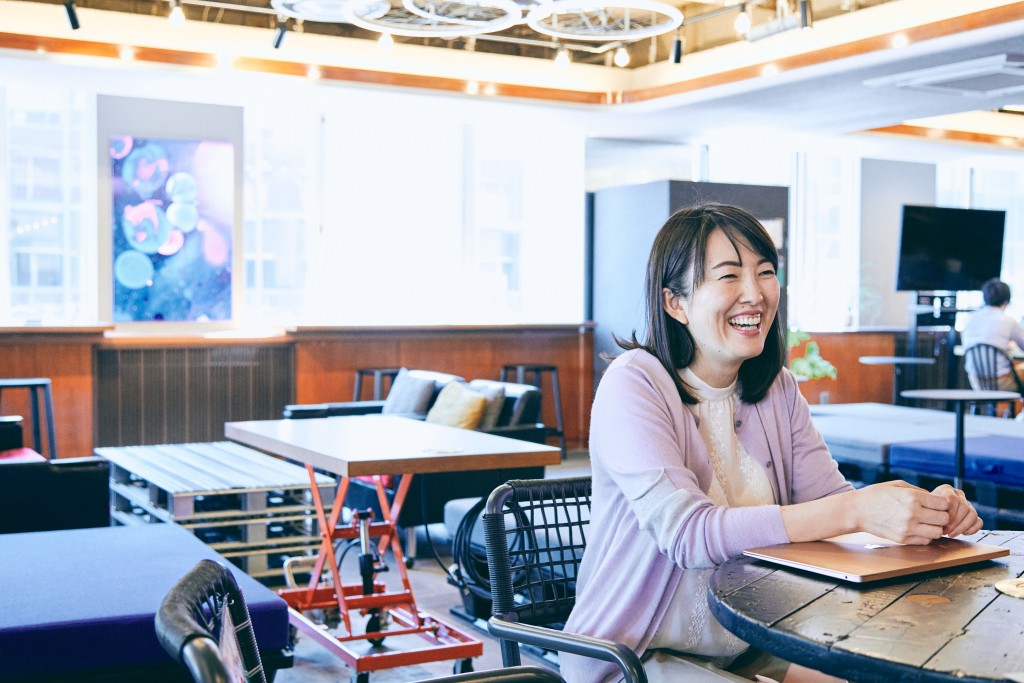 In the year since its launch, SAAI has established itself as a community. Ms. Branscombe says that “horizontal cooperation” is important for the next phase.

Branscombe: “For example, if you want to create a product or conduct a demonstration experiment in the course of thinking about a business, it may not be possible to achieve it with the power of SAAI alone at the moment. In such cases, it is important for communities to collaborate with each other. More specifically, I think it is important to create an ecosystem.
Last year, I visited a number of incubation facilities and asked them about the issues they were facing. I found out that many facilities do not have a community, and even if they do, they are troubled by the fact that the community is closed. From now on, I would like to work to build an environment where people with such strengths can join hands to create the future together.
We want to create a society where incubation facilities, communities, companies, and businesses can interact with each other and create together. I would like to expand this trend.”

・In February 2020, the members-only working community “SAAI” was created in Yurakucho.
・Since it began during the pandemic, they worked to revitalize the community, starting with online events.
・The ideal community for SAAI is one that maintains intersubjectivity and autonomous decentralization.
・In order to increase the number of “Givers,” it is important for community managers to work with them. Currently, there are cases where community members actually collaborate with each other.
・In the future, the goal is to create a society that is more conducive to co-creation through collaboration between communities and incubation facilities.