TOP > Article > Why was the Japanese National Rugby Team supported by entrepreneurs who had no prior experience working in the sports industry?
SHARE
TO TOP 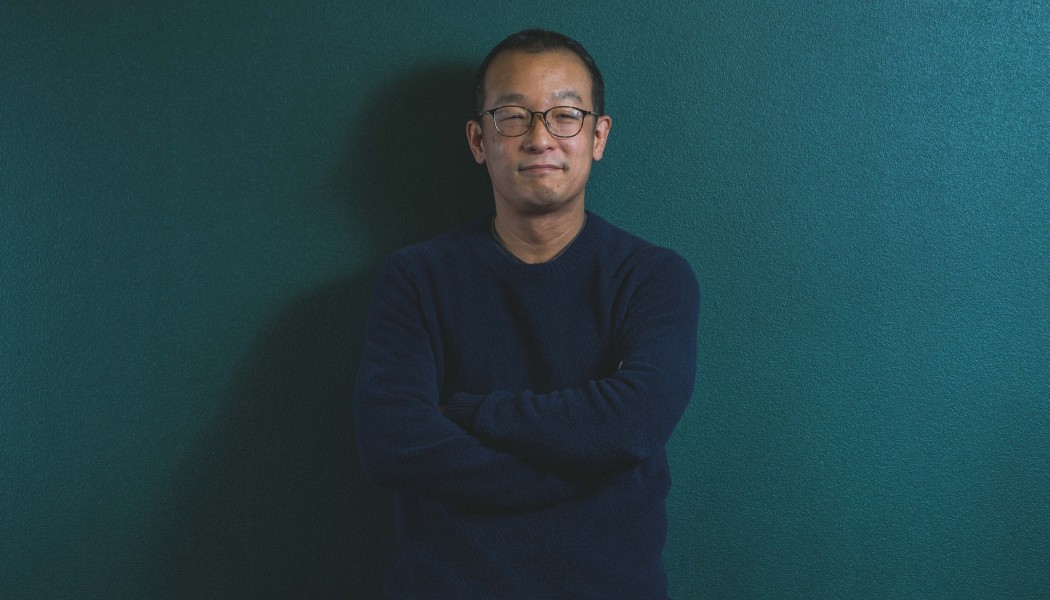 Why was the Japanese National Rugby Team supported by entrepreneurs who had no prior experience working in the sports industry?

Athletes’ conditions were originally managed by hand through analog methods. With the app, they began to be centrally and digitally managed and this altered the quality of training and enhanced contributions to the team’s dramatic growth. We spoke to the co-CEO of Euphoria, Mr. Hiroshi Hashiguchi, on how he had changed the received wisdom of the analog sports industry and designed a “game changer.” How was Euphoria, a consulting firm with no experience in the sports industry, able to create a tool that has now become a standard in the sports industry?

・Understand your opponent better than they understand themselves: Cast-iron rules for communicating with other industries.
・Diversity does not bring advantages alone: What kind of an organization truly requires diversity?
・Game changers in the sporting world will trigger game changers in society at large.
・Key Points 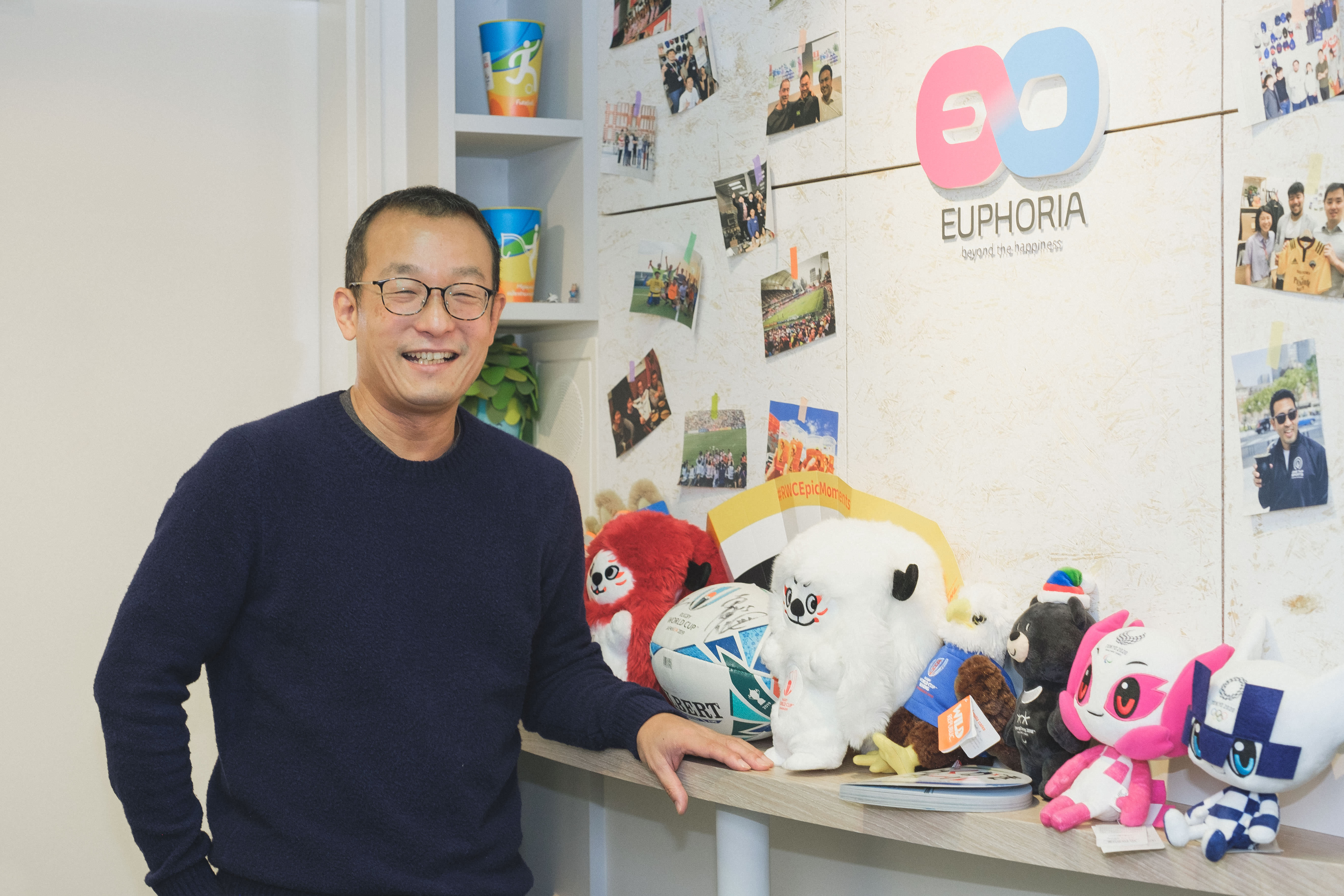 Hiroshi Hashiguchi is the co-CEO of Euphoria Co. Ltd. He joined Mercedes-Benz Japan Co. Ltd., after graduating from university, where he worked to improve the dealer-network management system. He joined Accenture after finishing his MBA, and engaged in the support of management strategy formulation for major manufacturing and distribution industries. Subsequently, he established a consulting office and became independent. At the same time, he also acted as an advisor to private equity funds and began to provide hands-on turnaround support for consumer goods manufacturers in areas such as product development, sales and channel transformation, and logistics improvement for consumer goods manufacturers. In 2008, he established Euphoria Co. Ltd.

Understand your opponent better than they understand themselves: Cast-iron rules for communicating with other industries 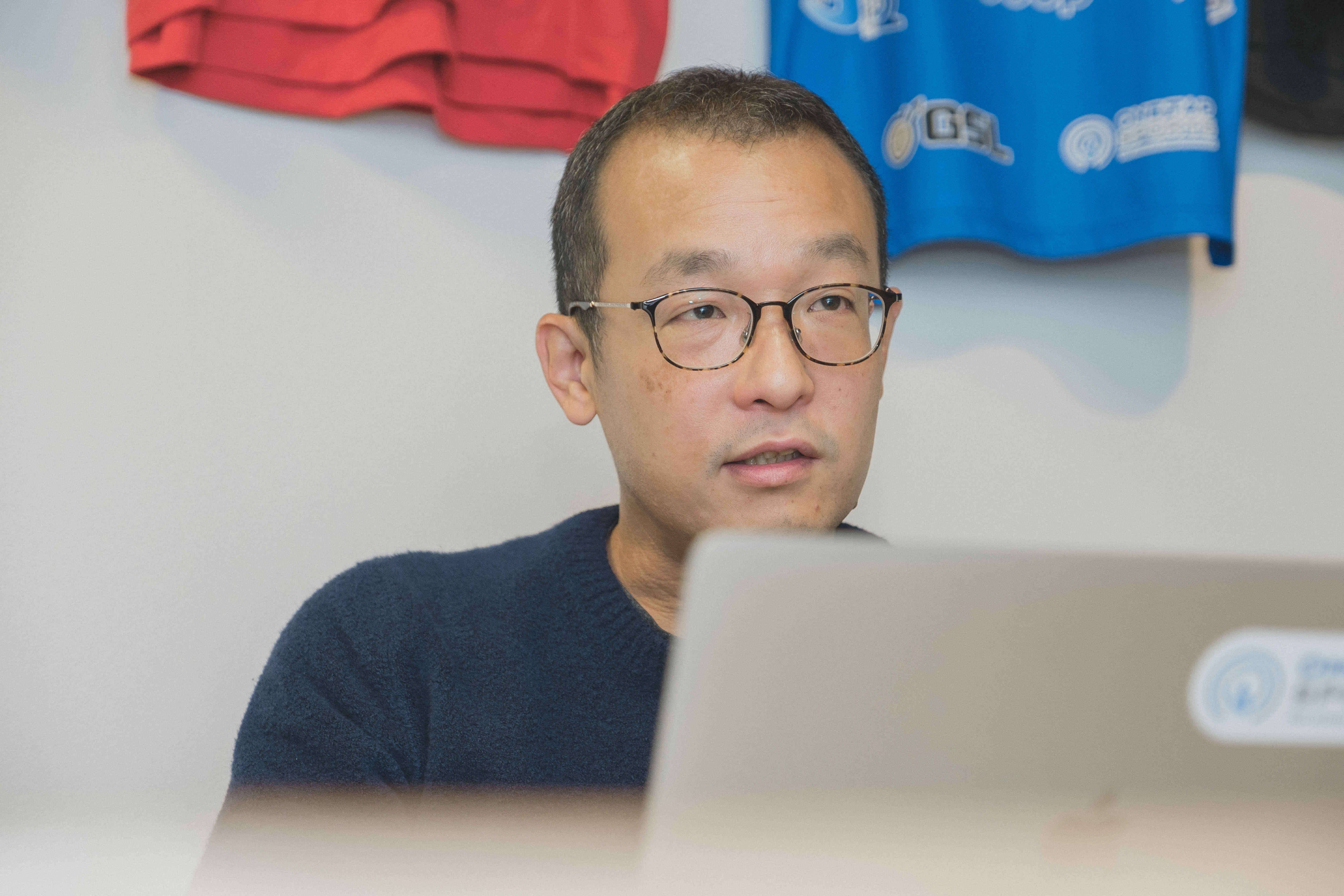 Mr. Hashiguchi has been involved in facilitating corporate turnaround as a business consultant. He began engaging with the sports industry in response to an inquiry from the Japan National Rugby Team in 2012. They consulted with him to see whether it was possible to centrally manage player conditions using digital strategies. While working on corporate turnarounds, it is necessary to visualize all the information concerning a company as data. Euphoria created its own information visualization tools to do so. Mr. Hashiguchi stated that setting a vision, visualizing, and improving across the entire process of scaling that mountain is as relevant to strengthening a sports team as it is to revitalizing and growing a company.

It was his first time creating a service for athletes. He read several books on the topic and discussed key issues with experts. He created a prototype three months later. The Japanese National Rugby Team examined the prototype and said that it was resoundingly useless. While this was certainly not a good start, the tool was improved every day based on the requests of and feedback from the coaches and the staff involved with the team.

Mr. Hashiguchi: “Sometimes the phone would ring at night with a request saying, ‘We would like this feature to be added by tomorrow morning.’ As its usability improved, trust was gradually built with the coaches. At first, as we were outsiders, we sometimes received skeptical looks, but as we worked together and achieved results, they began to accept us.” 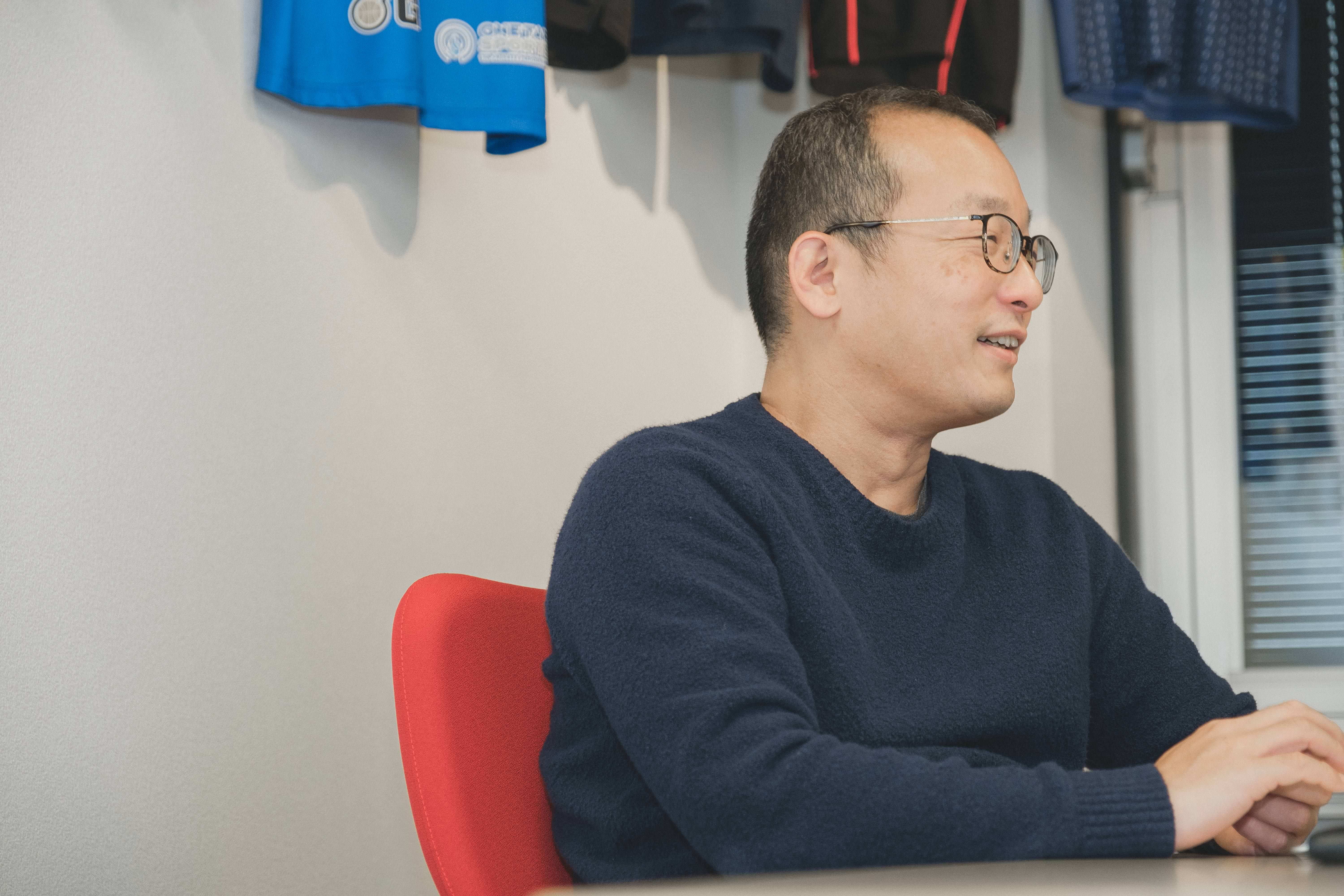 Communication with people in different industries is by no means easy. When asked to identify the most important element in communication, Mr. Hashiguchi, who has experience building trust relationships and working as a consultant, albeit in a different industry, responded saying, “Understanding the other party is the basis for communication.”

Mr. Hashiguchi: “When I was involved in corporate turnarounds, I examined the companies in question thoroughly. For a company with a 100-year history, I looked through the history and the internal reports prepared during those 100 years. Even there, the quality of the conversation was entirely different. The strong desire to get to know the other party should be communicated to them. Of course, I knew the National Rugby Team well, but upon hearing from the Japanese team, I examined the history of rugby in Japan and the ideas of their predecessors thoroughly.”

Mr. Hashiguchi’s attitude was influenced by a book written by Mr. Ubagai, a former General Manager (GM) of JEF United Ichihara Chiba. As a GM, he sought to understand Mr. Ossim not only by reading all his biographies and watching all his videos, but also by following his personal life to have him become the coach. Mr. Ossim reportedly ate food exclusively from his homeland Bosnia and listened only to Bosnian music.

Mr. Hashiguchi: “I learned the importance of comprehensively understanding the other party from the sports industry. I was influenced significantly by Ubagai’s book.”

Diversity does not bring advantages alone: What kind of an organization truly requires diversity? 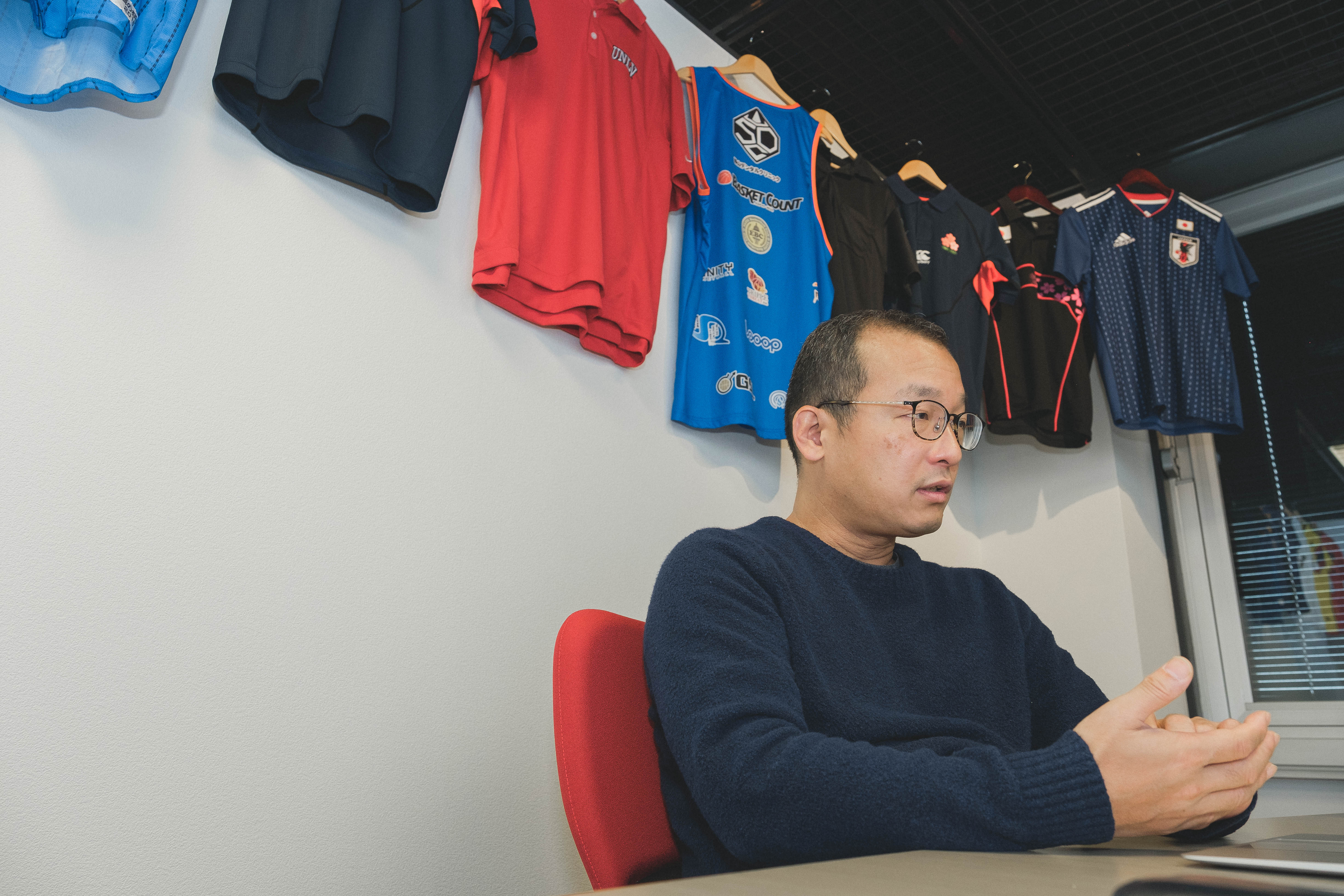 Spurred by the Japanese National Rugby Team’s stunning upset victory over South Africa in the 2015 World Cup, other sports organizations began to use ONE TAP SPORTS as well. Digital condition management has now been introduced into sports such as professional baseball and soccer. How did the Japanese National Rugby Team realize the importance of digital management well ahead of others? Mr. Hashiguchi explained that the reason for this may have been the diversity in the team. In the 2019 World Cup, the Japanese National Rugby Team comprised players from seven countries. In previous Rugby World Cups, the team comprised people from 10 countries, including coaches and staff. If this was a homogeneous team in which everyone grew up in the same country and in the same environment, they may not have considered digital condition management necessary.The diversity in the team may have offered room to create and accept something entirely new.

Mr. Hashiguchi: “If the Japanese National Rugby Team was not diverse, I do not think that they would have expressly requested a company without experience in the sports industry such as ours to get involved. What the team sought to do at the time was unprecedented. The partner they needed may have been a company like ours, that is, one that was responsible for visualization and growth, without any prior experience in the sports industry. It is for this reason that when we spoke with coach Eddie Jones for the first time, instead of talking haphazardly about sports, we deliberately spoke about our achievements outside of sports. I think the coach and the staff felt that there was something worth pursuing and chose us as partners.”

Although he attributed the success to diversity, Mr. Hashiguchi also stated that diversity does not always have beneficial effects. He explained that the lack of shared context among team members from diverse backgrounds and the differences in their understanding and values tend to complicate communication. Things that can be communicated in a few words where the same level of understanding and values prevail may require explanations in great detail for the benefit of those who lack such shared understanding and values. Whether or not diversity is to be embraced should be decided based on the level of one’s goals and the time available. “If you wish to rapidly create an organization that runs its daily operations efficiently, then a homogenous organization is the best.” Thus, Mr. Hashiguchi stated, most organizations in the world do not require diversity.

Mr. Hashiguchi: “The Japanese Rugby Football Union was invited to participate in the Rugby World Cup in Japan. This means that the Japanese National Rugby Team had to make it to the final tournament in the 2019 World Cup. The host country making it to the qualifiers will affect the success of the tournament significantly. Throughout its Rugby World Cup history, the team recorded 1 win, 21 losses, and 2 draws. This time, it set the goal of winning 3 games in 2015 and reaching the top 8 in the 2019 World Cup. This goal has been accepted now that it has already been achieved. However, in 2012, this was a goal that very few people believed in. I think it is necessary to have a diverse team while aiming for such high goals over a long period of time.” 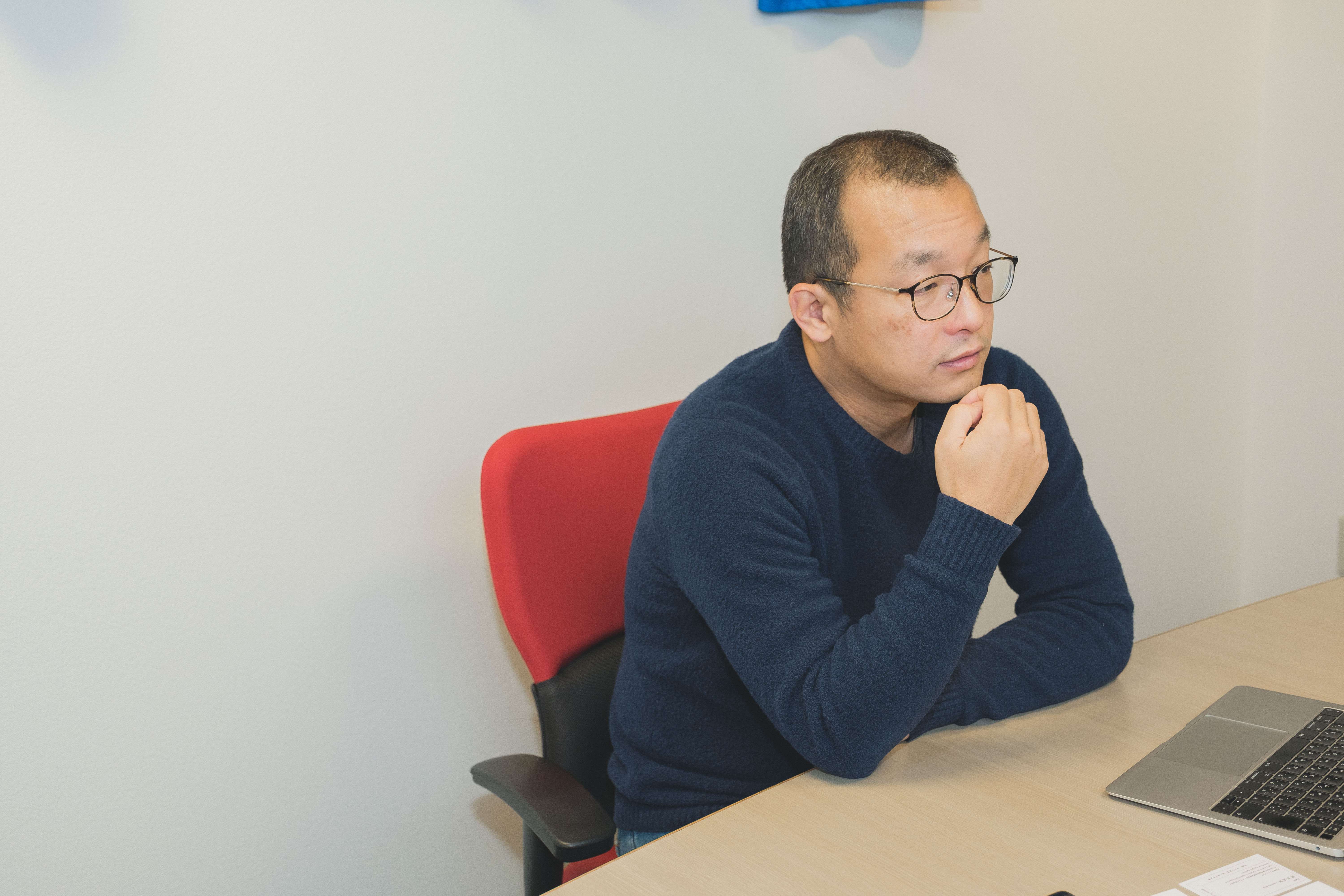 Euphoria, a company without prior experience in the sporting world, changed the received wisdom of the sporting world in the span of a few years. When asked what was necessary to produce a game changer, Mr. Hashiguchi replied saying, “Insight.” The dictionary defines insight as “discernment” or “the ability to see through to the true state of things.” However, Mr. Hashiguchi defines it as, “Something encompassing inconsistencies at a high level.” Game changer strategies cannot be obtained without in-depth insights.

Mr. Hashiguchi: “Strong insights do not arise out of the everyday discussions that take place in meeting rooms. It is necessary to take unprecedented action such as discussing with people in completely different fields. I think this game changer happened precisely because we received an inquiry from the rugby industry, a completely different field from what we are used to. It is important to always have an ear to the ground and to take on new challenges.”

Euphoria has created a game changer that changed the future of the sports industry. When asked how the future will change, he said that what had happened to the sporting world was likely spread to society in general. Cutting-edge science is used in the sporting world, in F1, and in the military. He also noted that the visualization of personalized conditions created by Euphoria for the sports industry was set to spread to general society, as well. For example, sensors measuring biological information are becoming cheaper, lighter, and smaller each year, and are evolving in order to become capable of measure things that were once unknown.

Mr. Hashiguchi: “Mental states, which, up until now could only be understood through questionnaires can now be understood using a variety of autonomic neural sensors. Today, you still have to attach sensors to your body to take measurements, but eventually, just by looking in the mirror, you will be able to understand not only various vital data, but also your mental condition. New technologies continue to be developed first in the sports industry before they eventually percolate into the society in which we live.”

・Corporate revitalization and strengthening teams through sports have common ground in defining a vision, visualizing, and improving the process of attaining them.
・”Understanding the other party” is important while communicating with people in other industries.
・Just as the Japanese National Rugby Team featured seven nationalities in the 2019 World Cup, diversity in several teams has resulted in major change.
・Whether or not there is a need to incorporate diversity depends on the height and timeframe of one’s goals.
・In order to bring about a game changer, profound “insight” “that encompasses inconsistencies at a high level” is necessary.