TOP > Article > Startups’ weaknesses are the strengths of a larger company in creating a new-business strategy; How Mitsubishi Estate launched GYYM
SHARE
TO TOP 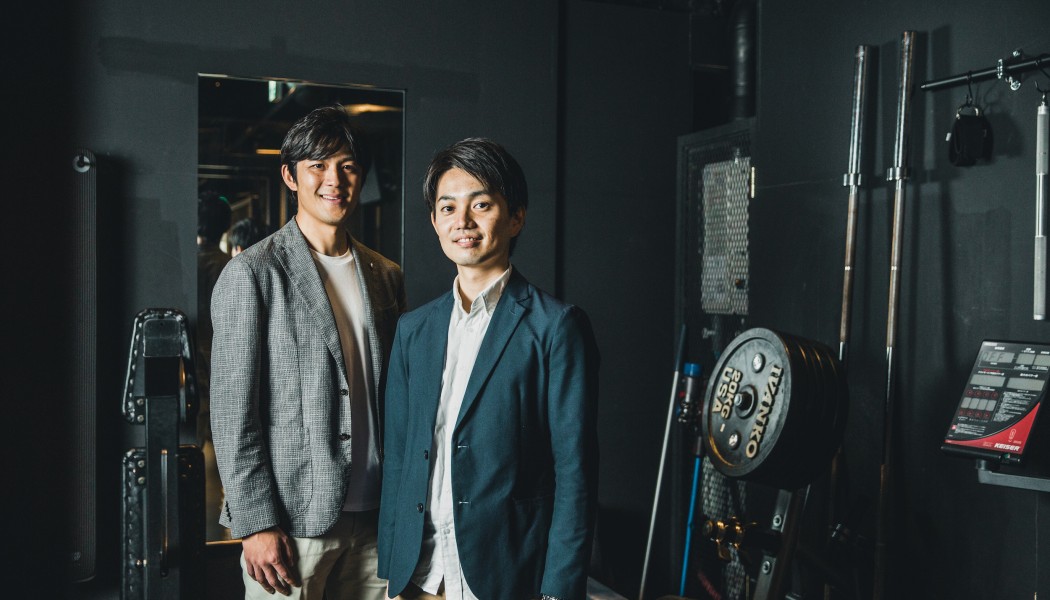 Startups’ weaknesses are the strengths of a larger company in creating a new-business strategy; How Mitsubishi Estate launched GYYM

Mitsubishi Estate Co., Ltd. invited employees to pitch ideas for new businesses under a program established as part of an effort to launch new operations. In June 2019, Medicha, a meditation studio, was opened in Tokyo’s Minami Aoyama district under this program. Then, in January 2020, a prelaunch campaign began for GYYM, an online platform to help users achieve their fitness regimen tailored to their individual lifestyle.
The service lets users go to gym any time they want, and as many times as they want, without paying fixed expenses such as monthly membership fees. Users choose a location or facility among multiple sites, mostly in the Tokyo metropolitan area, at their convenience. The platform has achieved a high level of user convenience through this mechanism.
The service, designed to provide an environment where busy adults with various commitments can exercise with ease, was created by four Mitsubishi Estate employees in their 30s – in the prime of their career – who joined the company in the same year. (Two of them are still affiliated with this service as representative directors.) It all started, they explained, simply because they were interested in launching new businesses.

How did their vague idea of starting a new business turn into a concrete project? What are the factors that made it possible for employees of a major corporation to launch a new business so smoothly? We interviewed Tatsuya Hashimoto and Yohei Kagawa, co-representative directors at GYYM.

・We wanted to start something new; we began by searching for familiar themes
・Startups’ weaknesses are the strengths of a larger company in creating a new-business strategy
・Compatibility with the parent operations
・Key points 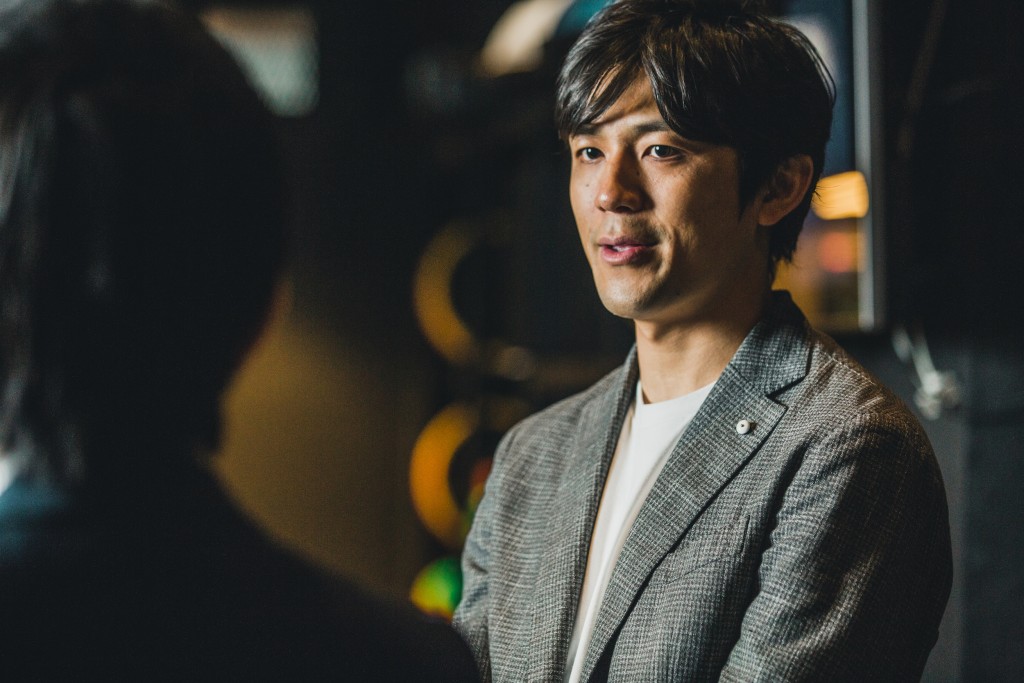 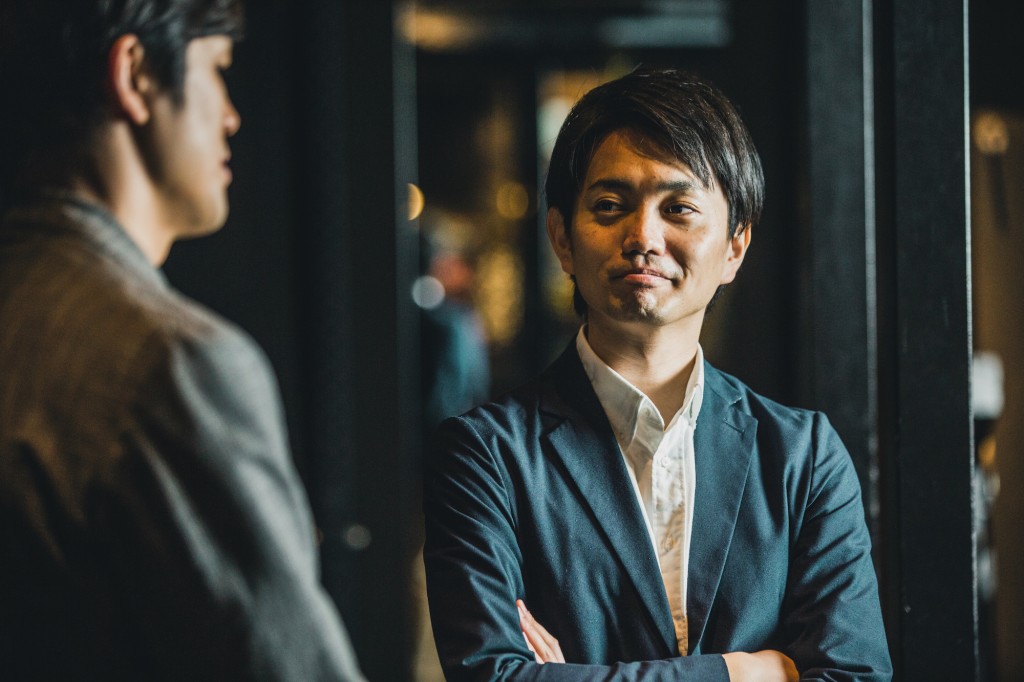 Yohei Kagawa
Co-representative director and co-founder, GYYM Inc.; Deputy-manager of the New Business Creation Department, Mitsubishi Estate Co., Ltd.
Kagawa completed his studies at Waseda University’s Graduate School of Creative Science and Engineering in 2011 and joined Mitsubishi Estate in the same year.
After joining the company, he dealt with institutional investors at the Investor Relations Office of the Corporate Communications Department. Subsequently, he engaged in the management of Mitsubishi Ichigokan Museum, negotiations with landowners in the development and redevelopment of commercial facilities and hotels, and the acquisition of land. Currently, he serves as co-representative director at GYYM with Hashimoto.

We wanted to start something new; we began by searching for familiar themes 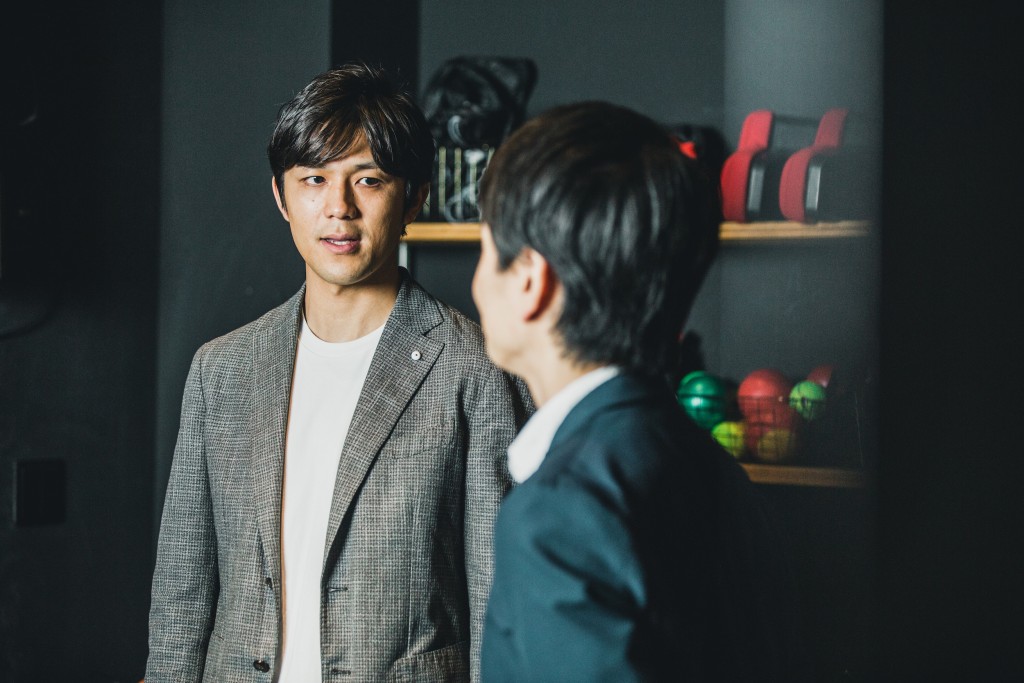 ―― How did the idea of GYYM emerge?

Kagawa: It all started when four colleagues who joined the company in the same year – who later came up with the idea of GYYM – attended a briefing session on a business proposal program established by Mitsubishi Estate. It is not that we had any concreate ideas we wanted to pursue. We were there because we wanted to start something new.
There, an outside mentor explained that we could pitch any ideas even if they were not an extension of Mitsubishi Estate’s existing operations. Ideas for a project that would be something of an “enclave” would also be welcome. The mentor encouraged us to find themes among the issues that were already familiar to us and see if they could lead to any business opportunities. So, during the brainstorming session, we considered challenges and problems closely related to our daily lives to come up with ideas that could be the basis for a new business.
Hashimoto: As Kagawa explained, at the initial stage of generating ideas, we put emphasis on simply getting things out of our system. Someone even said that it was tiresome to fold the laundry and that it would be nice to have a machine to do so. We searched for widely recognized themes and those for which solutions were needed.

We narrowed down possibilities and came upon a platform business. This is how we developed the concept.
We do not consider specific mechanism until we create profitability plans. If it turns out that the business is not viable at that time, it requires courage to abandon the project altogether. So, we had to pitch many ideas. I realized that it was important to pitch many ideas and identify those that would be truly viable. 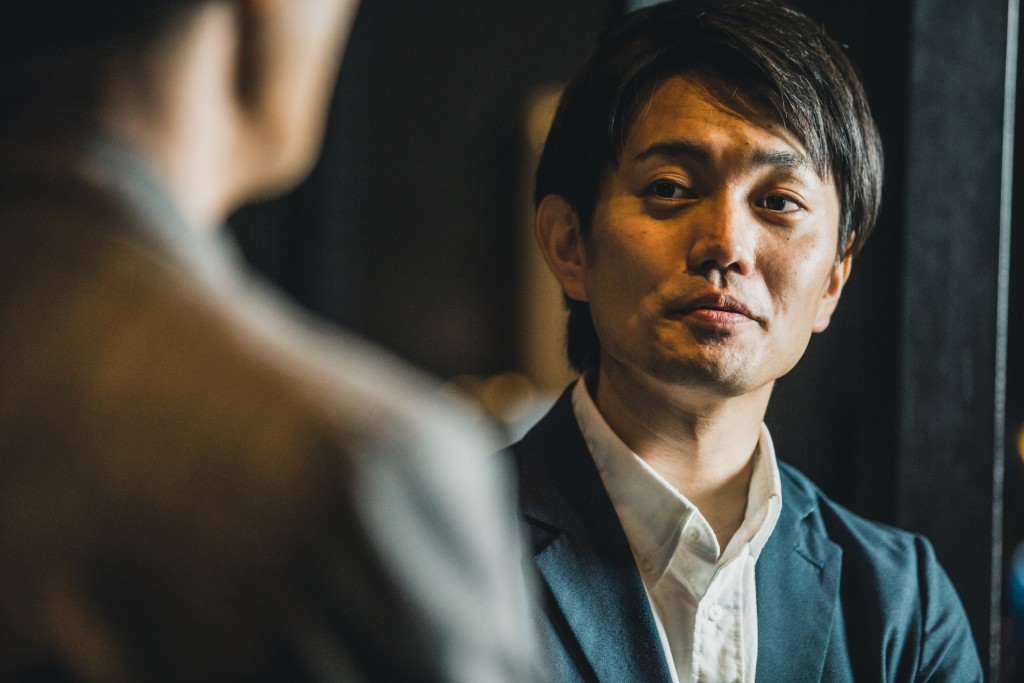 ――You were groping your way around. What process did you go through to turn your idea into a viable business?

Kagawa: We patiently conducted interviews to examine people’s needs and validate our hypothesis. We interviewed about 100 men and women in their 20s and 30s who would be our target customers for about one hour each. We took meticulous notes to see where the needs and meta-needs were as we explored the possibilities of a viable business.
Hashimoto: At the time, I was handling work at my own department and I had to somehow find time to come up with new business ideas. I remember that conducting an interview was a really time-consuming process. In addition, even if many people respond positively to a certain business idea, many of them may not use the actual service. So, when we conducted interviews, instead of asking questions that would elicit a positive response, we tried to identify our target customers by proposing ways to solve their discontent and suggesting alternative ideas.
As a result of these interviews, we had a better picture of our target customers. So, we created GYYM, a virtual platform, and asked them to actually use the service. We created a mechanism to let users go to gym at their convenience. We recruited users offline, and we paid for their initial fees and monthly membership fees. We did not use any computer interface or platform. We did everything the old-fashioned way. However, the service itself was very similar to what we currently offer at GYYM. We asked them to pay the agreed-upon fee each time they used a gym.
This way, people who did not go to gym frequently enough to justify being a gym member could use gyms any time they wanted. We researched how many more times these people would go to gym if they used our service, and obtained data showing that this business would work. What we want to emphasize here is that we did not survey potential users indiscriminately. We narrowed down the target to those who might need our service and examined their actual use. 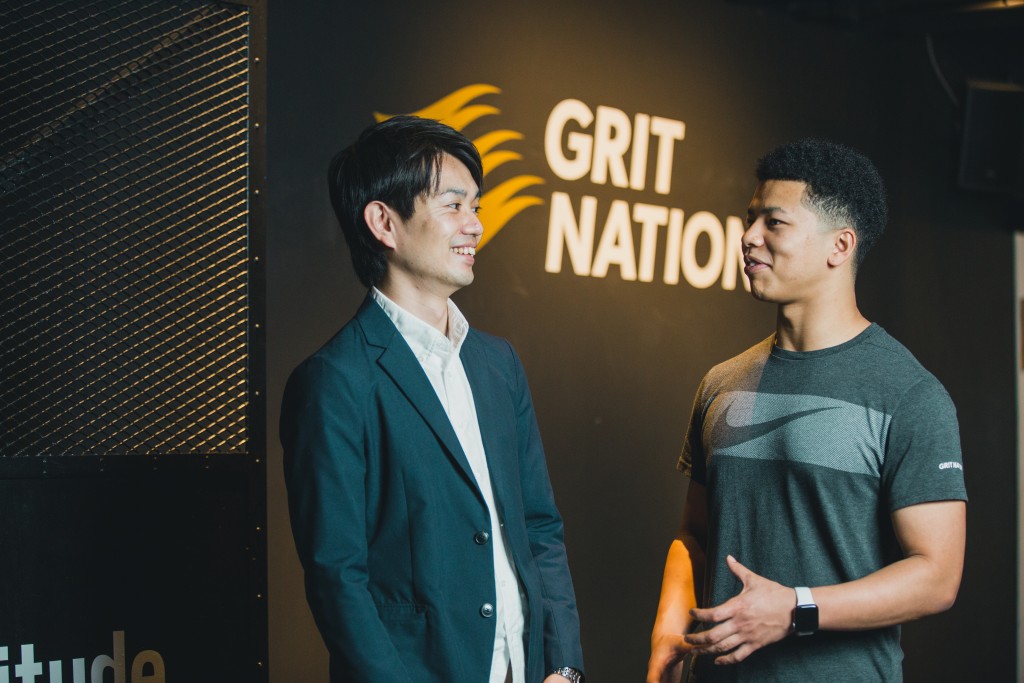 ――You did not create a mockup service. Instead, you operated an actual service without using an online platform even though that cost a huge amount of money, and then examined the effects of this virtual experience. This is a process that ordinary startup companies cannot easily implement.

Hashimoto: Our situation and status are different from those of genuine startups. So, we play to our strength as a major corporation. It is important to fully utilize the know-how and the customer base of our corporate group. It usually takes a long time for startups to raise funds. So, the process is costly in terms of time. We can make this process more efficient by using the capital provided by a major corporation. This is one of our strengths.

Kagawa: Another advantage is that we have access to all kinds of people because we are a major organization.
The relationship with partner gyms (with respect to marketing and sales activities) could have been a bottleneck. However, I was given an opportunity to attend a futsal event where people from all major companies in the sports industry gathered. This was made possible by a person who engaged in fitness-related work at a Mitsubishi Estate subsidiary. I had an opportunity to meet many executive officers involved in gym operations, established connections, and had favorable exchanges with those in the industry. I did not picture such a scenario in the beginning.

―― Mitsubishi Estate does not come across as an IT company. Did you have any difficulty in the development process?

Kagawa: You are right. Mitsubishi Estate is not an IT company. So, we had difficulty in the development process. However, we adopted a lean startup method to offer a service that provides value.
In many cases, major companies would specify their requirements and hand over the entire work to a system vender. However, we thought that we would not be able to examine our hypothesis and quickly develop a new system if we did so. We tried to be agile and lean. For this reason, we asked our company colleagues to introduce freelance system engineers to us. We also turned to our university alumni networks. We met all kinds of people and signed individual contracts.
Some people who had been introduced to us introduced their own contacts to us, saying, for example, that “I want you to meet this person whom I really respect.” As a result, we managed to build an impressive team of engineers.
It is not easy to sign individual contracts or manage the work progress, but we have built a good organization. We consider how to provide value to our service customers as a team.

Compatibility with the parent operations 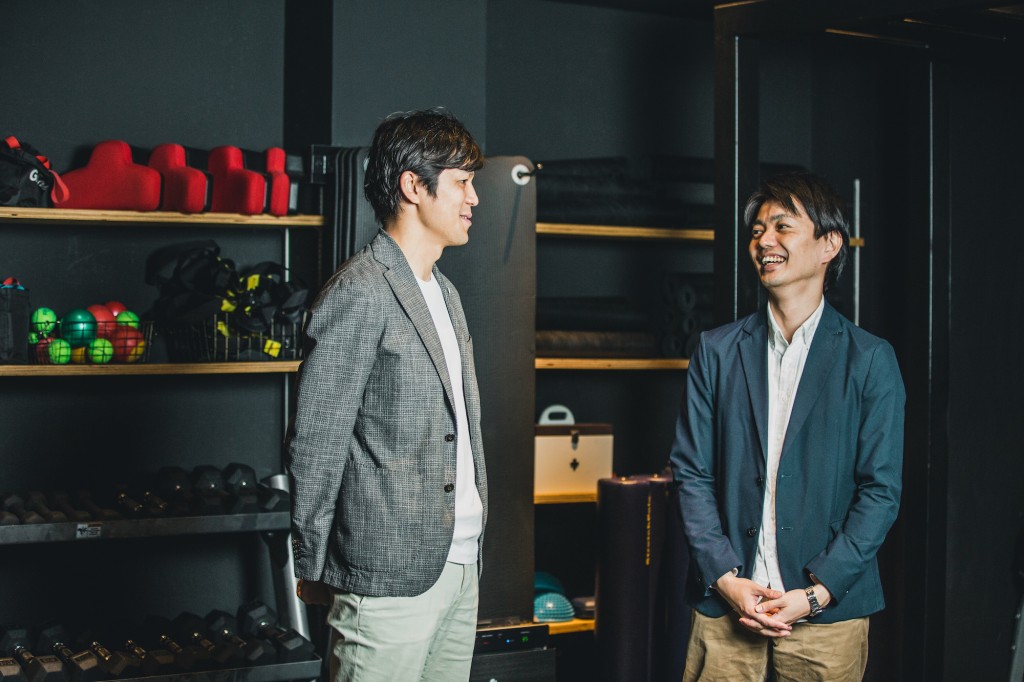 ―― I expect that there will be more cases in which major companies separate certain operations and create new businesses. What is your view regarding the compatibility of such units with their parent operations? The approving side may require that new operations produce synergy with existing businesses.

Hashimoto: If we choose a business based on whether it would create synergy with the parent operations or utilize the strength of the parent operations, our ideas would be very limited. The chances are also high that similar ideas are already being considered by those involved in the existing operations. This is why we believe that we should consider new businesses from a completely different perspective. Before considering whether to turn a certain idea into reality, it would be useful to consider whether the group’s strengths would make the new service competitive or stand apart. When we were creating this consumer service, we believed that the individual customers and various other assets of our group would work to our advantage in the form of advertisement value. We thought we could launch something without being so afraid.

In fact, our corporate group becomes stronger when we provide various services to busines tenants or individual home dwellers. We are more than a developer that only makes “boxes.” Providing various services is also our responsibility. Hence, we proposed GYYM as one of the services that Mitsubishi Estate should provide.

GYYM was created by a major corporation that adopted a service-development method of startup companies: a method of identifying a theme and focusing on user value. Shortcomings of startups, such as inadequate capital or credibility, are covered by the assets of a major corporation. In the future, there may be an increase in such business-creation methods. Larger companies may start producing businesses that have a greater impact in a speedier fashion.

・GYYM is an “enclave” that is not an extension of existing operations; a theme was found among familiar issues that could lead
to business opportunities
・ Do not consider specific mechanisms until profitability plans are created
・ Even if many people respond positively to a certain business idea, many of them may not use the actual service
・ A mechanism was created to let users go to gym at their convenience; users were recruited offline, and their
initial fees and monthly membership fees were paid for
・ The service was developed through a lean startup method
・ Shortcomings of startups, such as inadequate capital or credibility, are covered by the assets of a major corporation