TOP > Article > b8ta is off to a strong start in 2020: Helping struggling manufacturers develop products for the Covid-19 pandemic
SHARE
TO TOP 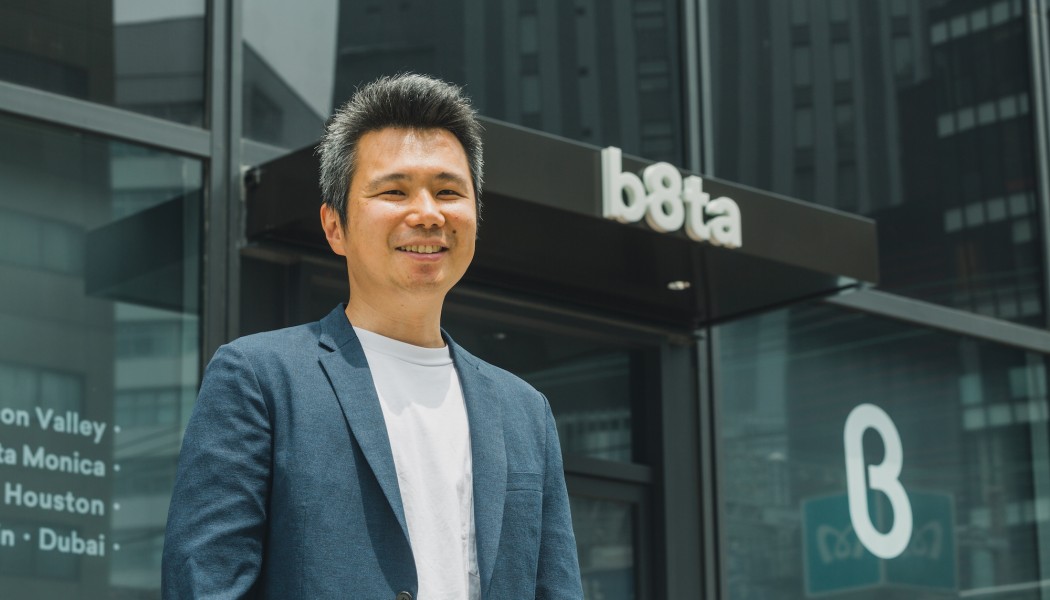 b8ta is off to a strong start in 2020: Helping struggling manufacturers develop products for the Covid-19 pandemic

n 2020, b8ta, a pioneer in the new retail service format, Retail as a Service (RasS), landed in Japan for the first time, attracting much attention in the retail industry. Before the store opened, this publication interviewed Mr. Takuji Kitagawa, the representative of b8ta Japan, about business development in Japan.
If we look back at the year 2020, the Covid-19 pandemic took a heavy toll on the entire retail industry. With fewer people going out due to the novel coronavirus and more people doing their shopping online, how did the b8ta launch in Japan go?
In this issue, we asked Mr. Kitagawa to look back and reflect on 2020. What kind of products attracted attention, and what was the response from users?

・Even the Covid-19 pandemic is “within expectations.” A smooth start for the Japan launch
・What products impressed you at b8ta this year: AI pets, smart watches, matcha sweets……?
・Striving to deliver superior value to retailers
・Key points 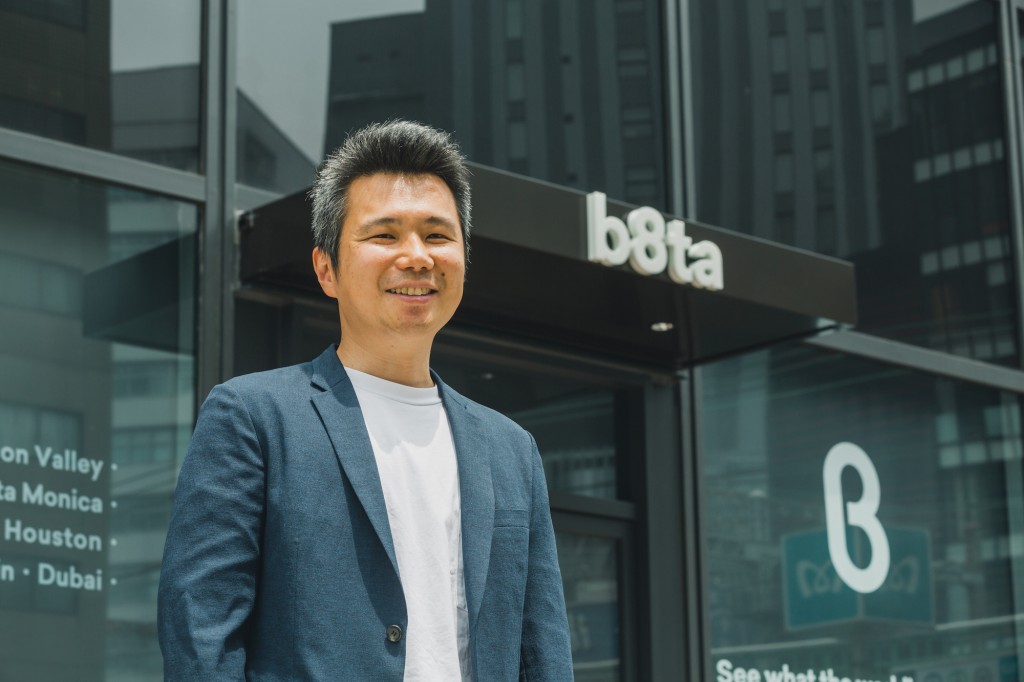 Takuji Kitagawa
After joining a PR firm in 2004, Mr. Kitagawa worked at an IR consulting firm and as a CEO of a start-up before earning an MBA from EMLYON Graduate School of Management in France. In 2015, he joined Dyson as a retail manager and opened the world’s first flagship store in Omotesando. After serving as General Manager of Tokyo, he assumed his current position in November 2019.

Even the Covid-19 pandemic is “within expectations.” A smooth start for the Japan launch

――The retail industry had a tough time in 2020 due to the novel coronavirus, but how did it affect b8ta?

Kitagawa: “To be honest, we were prepared for the inevitable impact of the Covid-19 pandemic on our business, such as a significant decrease in the number of customers visiting our stores and the sluggish growth by retailers in anticipation of this. With the spread of the novel coronavirus and the subsequent discontinuation of the GoTo campaign, I thought there would be a more dramatic drop in the number of visitors, but that hasn’t been the case. Maybe the reason is that people are staying in Tokyo because they can’t travel anymore.”

――So, you feel the situation was within your expectations?

Kitagawa: “That’s right. In general, stores receive a large number of customers right after opening; the number stabilizes after a couple of months and then increases again toward Christmas and the end of the year. b8ta had a similar number of customers, and although the Covid-19 pandemic had some impact, it was in the range of what we anticipated.” 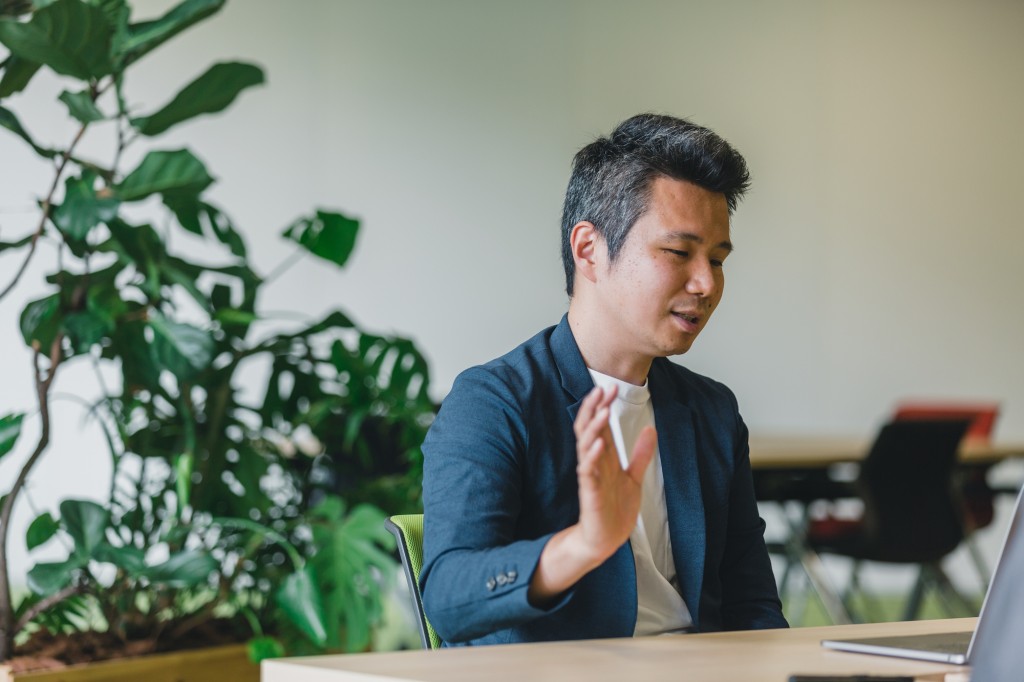 ――You have two locations, one in Shinjuku and one in Yurakucho. But were there any differences in the customer base?

――Could you tell us about the reaction of visitors to the store?

Kitagawa: “The response from customers has been mixed. Some customers are disappointed that they cannot buy some products at b8ta on the spot. However, there are customers who are happy to be able to actually touch products that are in the process of being crowdfunded so that they can support them with confidence. b8ta has also formed a partnership with CAMPFIRE, so we will be increasing the number of products that are being crowdfunded.”

――What do you think of the response from companies that have opened stores using your service model?

Kitagawa: “Of course, they are pleased with the quantitative data from the stores, which is the main selling point of b8ta, but they are also pleased with the qualitative feedback, saying, ‘We are getting interesting feedback, since we are able to collect information such as “reasons for not purchasing”, which is difficult to obtain from customers shopping online’, and they seem to be making use of it to improve products and sales methods.
For example, one of the accessory brands that opened a store assumed that the reason for not selling was the length and size of the product, but the customers complained that it was too heavy. Apparently, this was something the brand was completely unaware of, and they were very pleased to learn of it.” 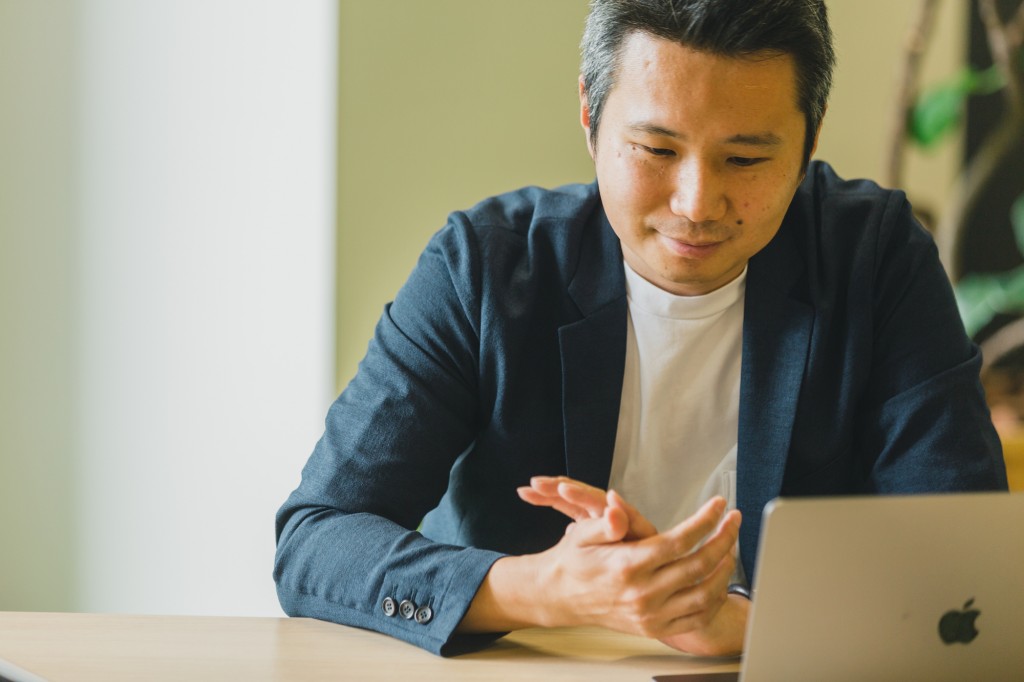 ――It’s been a few months since the store opened. Can you tell us about what kinds of products have been selling well?

Kitagawa: “To be honest, we don’t really focus on what has sold well since we are not a store that aims to sel/ products, but if I had to say, products that are only sold at b8ta and products that are new to Japan have been the bestsellers.
However, it was a happy miscalculation that we were able to get a full view of the products in the store rather than specific products. It seems that people paid attention not only to the area near the entrance but also to the products in the back. We have placed sensors in the store so that we can see the movement of customers on a heat map, and we have rearranged the areas with low customer traffic so that people can see the products. We are glad to see the results of our efforts.”

――When I interviewed you before, you mentioned that you would like to focus on traditional Japanese crafts.

Kitagawa: “Some companies are reluctant to expand their sales channels for traditional crafts, so I think we need to continue to focus on that. It was a good challenge for us to collaborate with a local factory in Sumida Ward and hold an event. It brought attention to brands that had been supported by a certain fan base or brands that had been considered more obscure due to lack of opportunities, so we would like to continue this event in the future.”

――Tell us about any memorable products you have.

Kitagawa: “There were many cases where products from overseas gained a user base in Japan—one example was a product called ‘Moflin’, an AI pet that raised over 64 million yen on Kickstarter. We are continuing our crowdfunding efforts in Japan, and even now we have a constant flow of inquiries.” 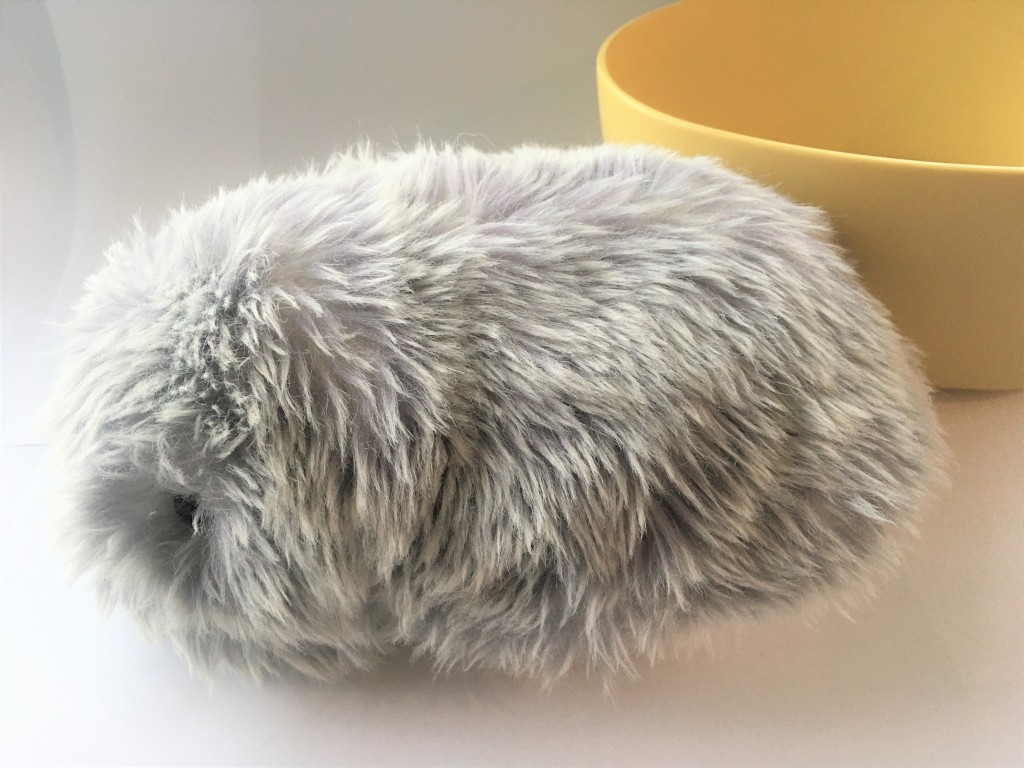 “Another watch that left a strong impression on me was the GoBe3, which can measure calorie intake. We were pleased to hear that the volume of traffic to the site jumped 20 to 30 times after the expansion to b8ta.”

“Among the Japanese products, ‘Senkyu’, a brand of green tea, was impressive. To date, 90% of its customers were young women, but we were told that the company was able to reach men and women in their 40s and above by placing the products with b8ta.” 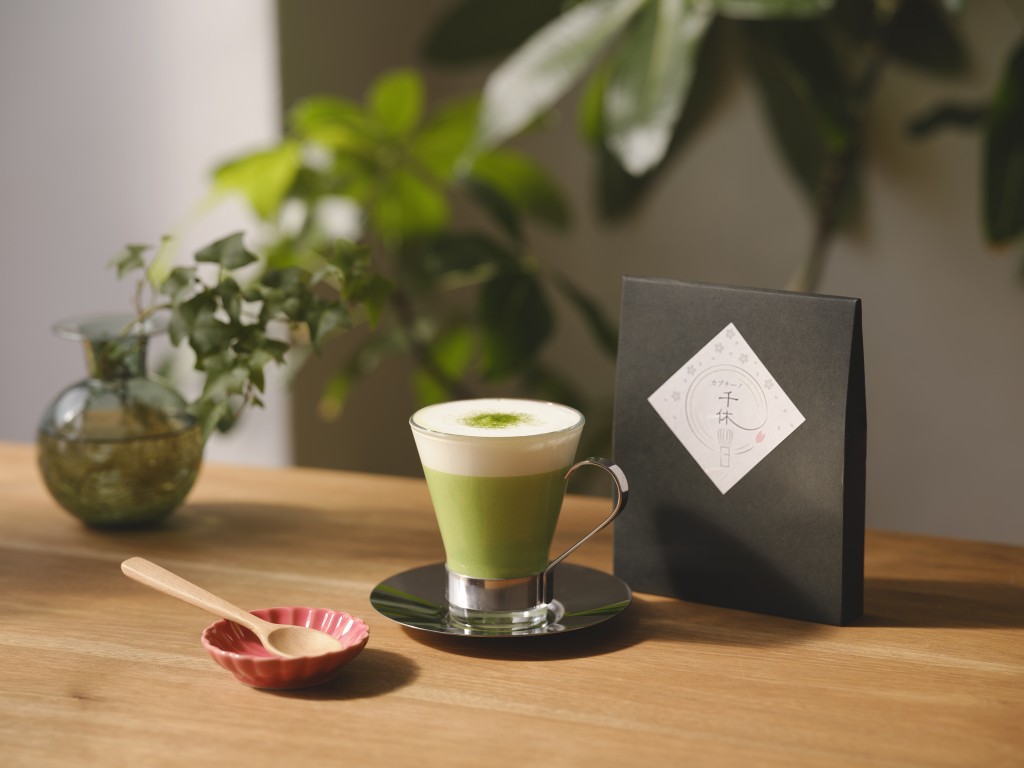 ――So, you can expect to expand your customer base by using b8ta!

Kitagawa: “This surprised me as well, but we have people of all ages visiting our stores. When I visited the store the other day, there were people in their 70s enjoying shopping, and since there are still few young people in their teens, in the future we would like to develop outreach measures to this demographic.”

――It seems that 2020 got off to a good start even amidst the Covid-19 pandemic, but what do you feel are some challenges you face?

Kitagawa: “If I had to say, I think we would have liked to display more products from overseas. I think this year has been difficult for foreign companies seeking to set up businesses in Japan due to the restrictions on travel to and from overseas as pandemic countermeasures. However, if the spread of Covid-19 calms down next year and restrictions on traffic between Japan and other countries are relaxed, we would like to offer more products that have never been seen in Japan. Although I expect that the number of businesses similar to ours will increase in the future, I would like to differentiate myself by having a different product lineup.”

――Are there companies that want to use b8ta’s services to expand from Japan to overseas?

Kitagawa: “As you mentioned, we have received inquiries from several companies who would like to place their products on b8ta in the US for the purpose of overseas expansion. However, the current situation in the US is not ideal due to factors such as the lockdown in California. We would like our customers to use b8ta for their overseas expansion plans, but I think it is difficult to gauge when the best time to start would be.” 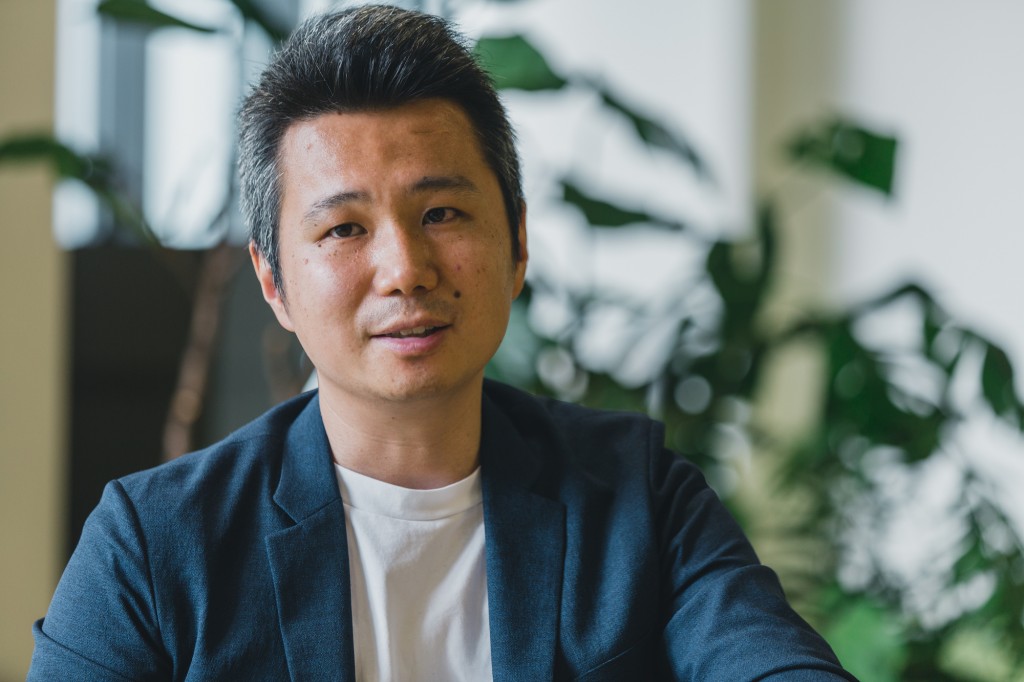 ――In addition to overseas products, are there any other product categories that you would like to enhance in the future?

Kitagawa: “Currently, we have many customers who come for the crowdfunded products we present, so we would like to continue to enhance our offerings of these products.
For example, we had a jacket on display that had accumulated 84 million yen in support on Makuake, and many customers came to see it. As long as the product can be touched by hand, any genre is acceptable. If put on the spot, I’d have to say the price range is important; if the product costs around 500 yen, I think people will buy it even if they aren’t able to play around with it in-person beforehand, so a product that costs tens of thousands of yen is best. Although we are currently partnering with Campfire, we would like to work with other crowdfunding services in the future.
As for other genres, we have recently tried our hand at BtoB services. As a first step, we have been invited to exhibit our products on ‘Statista’. We asked those who were interested to put their business cards in the box. As there were several cards in the box, we were able to get leads, and the companies that opened the booth were pleased.”

――You are also putting a lot of effort into services for retailers looking to open shops.

Kitagawa: “Once the Covid-19 pandemic is behind us, we are planning to hold a ‘b8ta meeting’ to gather and connect with the companies that have opened stores. I thought it would be a great way to make interesting connections if we could have people gather by category. Providing customer data is a matter of course, but I would like to provide new value to these companies in addition to that.”

――Last, what are your future plans?
Kitagawa: “We started this business to break down the barriers between online and offline, so we would like to expand our system to general stores. We envision a model where we sell the sensors we use and the software behind the scenes that manages them to other stores. In the future, we would like to spread the use of ‘b8ta-ized’ stores.”

・The number of patrons was in line with our expectations, and the drop in the number of patrons due to the Covid-19 pandemic was not lower than expected.
・In addition to the above, there are a number of other factors to consider when choosing a new product.
・As qualitative feedback, “reasons for not purchasing,” which are difficult to hear with the online retail format, are also collected.
・Brands that have been supported by a specific fan base and brands that remain obscure due to lack of opportunities have attracted attention.
・There have been inquiries about placing products at b8ta in the United States for the purpose of overseas expansion.
・b8ta envisions a model in which we sell sensors as well as the behind-the-scenes controller software to other stores in the future.