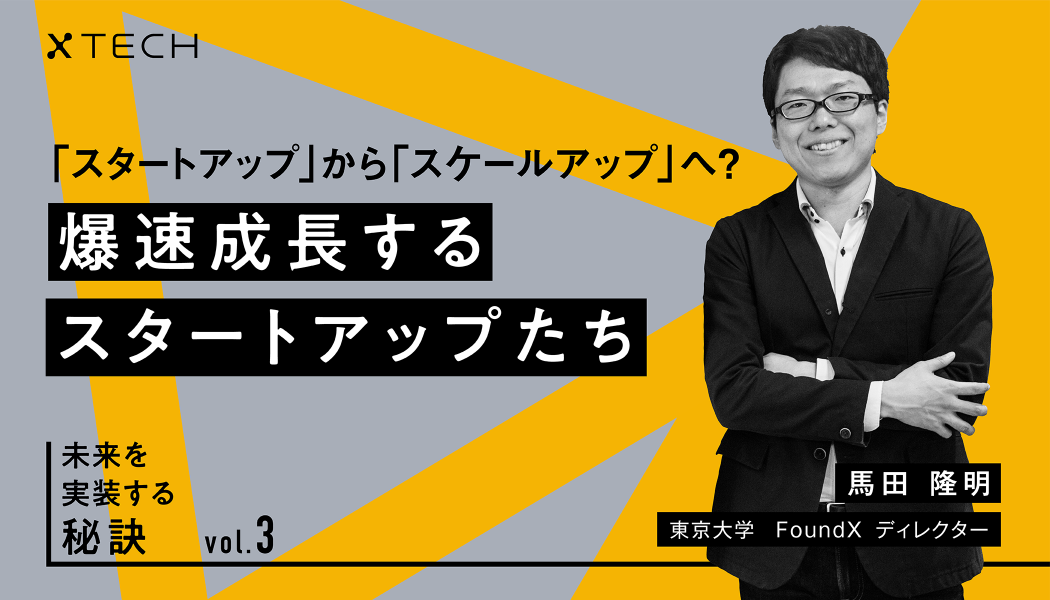 From Start-Up to Scale-Up? Fast-growing Start-ups | Key to Building the Future Vol. 3

The frequency of use of the term scale-ups in international articles has increased. Start-ups refer to early-stage companies, and scale-ups, as the name implies, refer to companies that are expanding rapidly.
Why was the term scale-up coined? Scale-up companies have significantly distinct characteristics from start-ups that need to be clarified.

Companies entering the scale-up phase will see sales more than double each year. Regardless of how many people they hire, they are unable to respond to the volume of customer inquiries. The number of employees hired—which was five a year—becomes five a week, and they have to relocate their offices annually to accommodate this growth in staff. This situation confronts scale-up companies who must also devise new products and envision associated platforms that will drive future growth.

Metaphorically, start-ups rely on the compass of their customers to arrive at a product-market fit. Conversely, start-ups walk on an unknown path that they clear while following an unpredictable animal trail.
Scale-up companies are in a phase resembling a car with no brakes, driving down the highway and managing to avoid hitting a wall. If they make even the slightest error in judgment, the car will crash, causing the organization to collapse. A characteristic of these scale-up companies is their sense of urgency: if they do not expand rapidly enough, they will be defeated by their competitors through being unable to enjoy the benefits of network effects and economies of scale.
Only a few companies reach the scale-up phase. According to a Deloitte survey, only 0.5% of start-ups (1 in 200 companies) make it to the scale-up phase.

Larger numbers of start-ups benefiting from increased investment funds in Japan have boosted the number of those that have reached the scale-up stage. Books—such as Blitzscaling and High Growth Handbook—written for scale-up companies have also been translated into Japanese which reflects this situation. While scale-up companies differ vastly from start-ups, they also differ from large companies and SMEs due to managing incredibly rapid organizational growth. Do scale-up companies require unique know-how to succeed?

Because this series of articles is targeted at start-ups and large corporations, this section addresses large corporations. In Japan, the environment is becoming increasingly favorable for large companies to support start-ups. We recommend that these large companies support companies in the scale-up—rather than start-up—phase
Products and services of companies in the start-up phase are not yet well-established and, in some cases, may even be pivots of the strategy. If the supported start-ups pivot their strategy significantly, large companies will no longer be able to expect business synergies. Start-ups retain a high probability of failure and once they fail, expectations of open innovation decline, making it difficult for the company to engage in subsequent initiatives. Moreover, there is little that large companies can offer to start-ups. Large companies may be able to provide a place for demonstration tests, but what start-ups want is for their products/services to be used in the field and to generate sales. There tends to be a discrepancy between the expectations of start-ups and large companies.

For these reasons—rather than supporting accelerators for start-ups—we recommend that large companies get involved in scalarators that support scale-up companies. Companies such as Disney and Microsoft are switching to this type of support for scale-up companies. If the growth rate of the scale-up company is noteworthy, there may be an opportunity to invest via a CVC or even acquire the company.

In Japan, support for companies in the scale-up phase remains weak compared to early start-ups. For start-ups to take root in Japanese society in the future, we think that increasing support of these scale-up companies is important both as a corporate strategy and for the ecosystem as a whole.