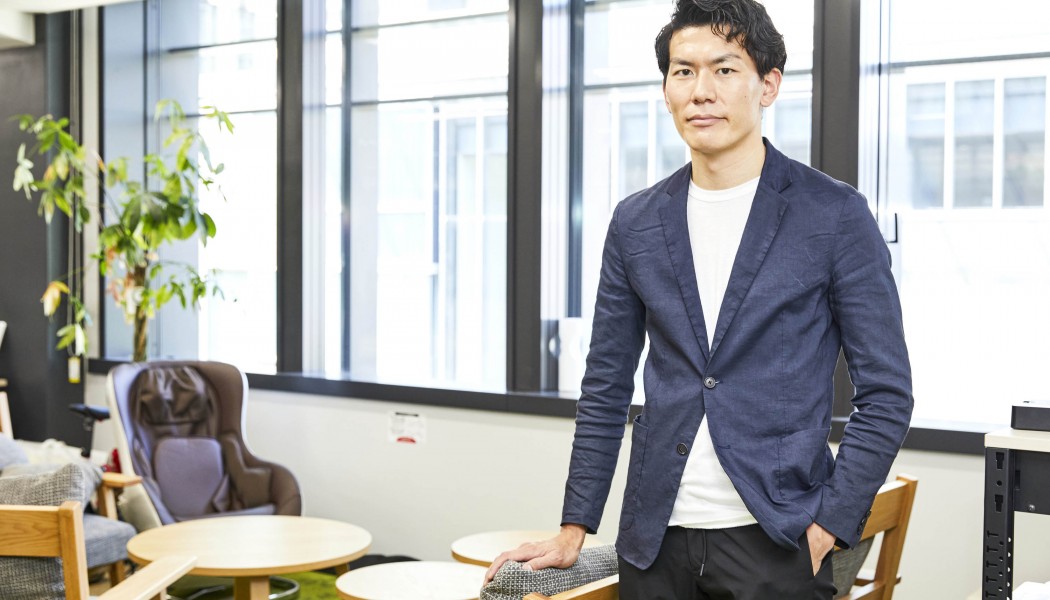 By leaving university, “research” becomes freer. Mr. Shimahara of the University of Tokyo’s medical venture LPIXEL talks about the social significance of connecting companies and research.

LPIXEL, based in the ‘Inspired.Lab,’ an innovation space in Otemachi, is another Todai-originated venture that develops AI-based medical image analysis software. For this interview, we spoke with the company’s president, Yuki Shimahara, about the significance of university-launched ventures, what makes them different from university laboratories and major corporations, and the advantages they offer.

・“The twenty-first century is the age of life science”: how a high school student who loved cars became fascinated with biology
・The appeal of university-launched ventures that neither universities nor major companies have
・The importance of the ecosystem as I see it in everyday life in Silicon Valley
・Key points 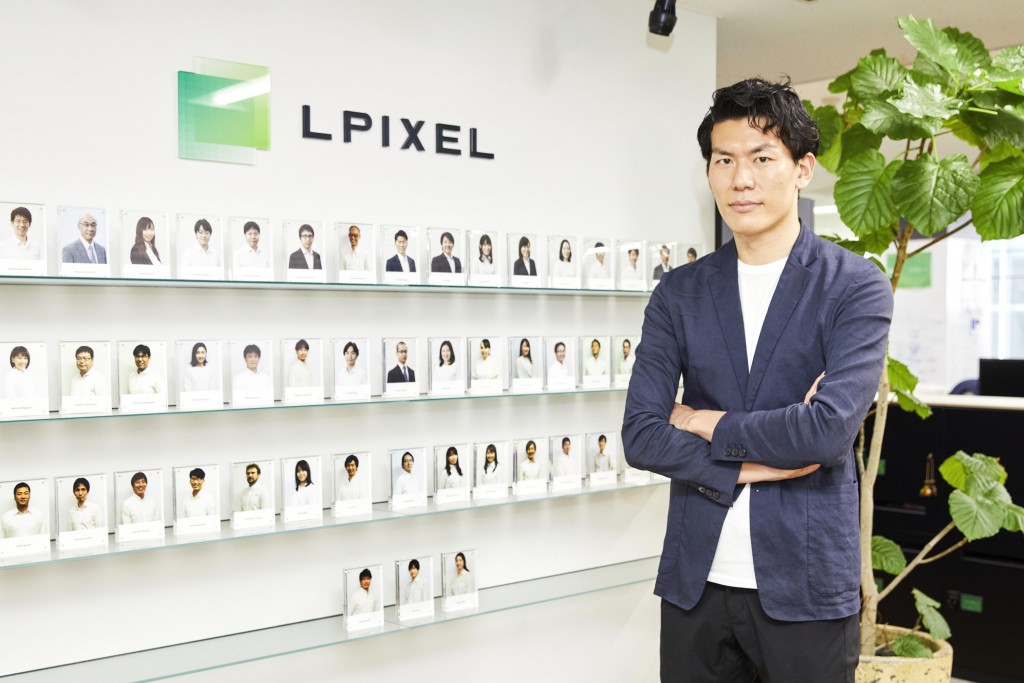 Yuki Shimahara
Representative Director, LPIXEL Co.
Completed the doctoral course at the Graduate School of Frontier Sciences, the University of Tokyo. D. (Life Science). At university, he participated in iGEM, a synthetic biology competition held at MIT (receiving a bronze award). His research interests include artificial photosynthesis, and later, image analysis and the simulation of organelles. He joined GREE, Inc. and worked in the Business Strategy Division and later in the Human Resources Strategy Division. In March 2014, he founded LPIXEL, Inc. with three members from his laboratory. Selected to be dispatched to Silicon Valley as part of the Next Innovator 2015 initiative (Ministry of Economy, Trade and Industry). Selected as number one in the Healthcare & Science category of the Forbes 30 Under 30 Asia (2017).

“The Twenty-First Century is the Age of Life Science”: How a High School Student Who Loved Cars Became Fascinated with Biology

–First of all, please tell us about what LPIXEL does.

Shimahara: Our business is the development and provision of image analysis software in the life sciences. We have two main businesses. One is medical image diagnosis. It is an AI that supports diagnosis from images. Currently, it can only diagnose one disease, but we will increase the number of diseases it can diagnose and the accuracy of diagnosis in the future.
The other is image analysis for drug discovery. Ninety percent of Japan’s medical expenses, which total 40 trillion yen, are for treatment, and drugs account for the majority of that. To develop drugs, cell images are used, and by using our analysis technology, we should be able to significantly reduce drug development costs.

–Why did you decide to start a business in the field of medicine?

Shimahara: I thought that the twenty-first century would be the age of life science. The twentieth century was the age of physics, and the Second Industrial Revolution took place, which made our lives, and thus society, richer. I thought that the twenty-first century would be the age of life science, which would enrich our lives.
I began to think that way when I was in high school. As I was thinking about my future job, I thought, “I want to leave an impact on society by doing something possible only in this day and age.” I had always loved cars, so I thought I would go into research on clean energy and automated driving in order to solve issues in energy and accidents.
This idea was overturned by the discovery of iPS cells, which was in the news at the time. The news was so shocking that I began to think, “This is no time to be making cars; the time has come to make living things.” With the discovery of iPS cells, I thought that the time would come when we would assemble cells to make living things, just as we make parts to assemble cars. I thought this was very meaningful, and I decided to make it the theme I would pursue throughout my life. 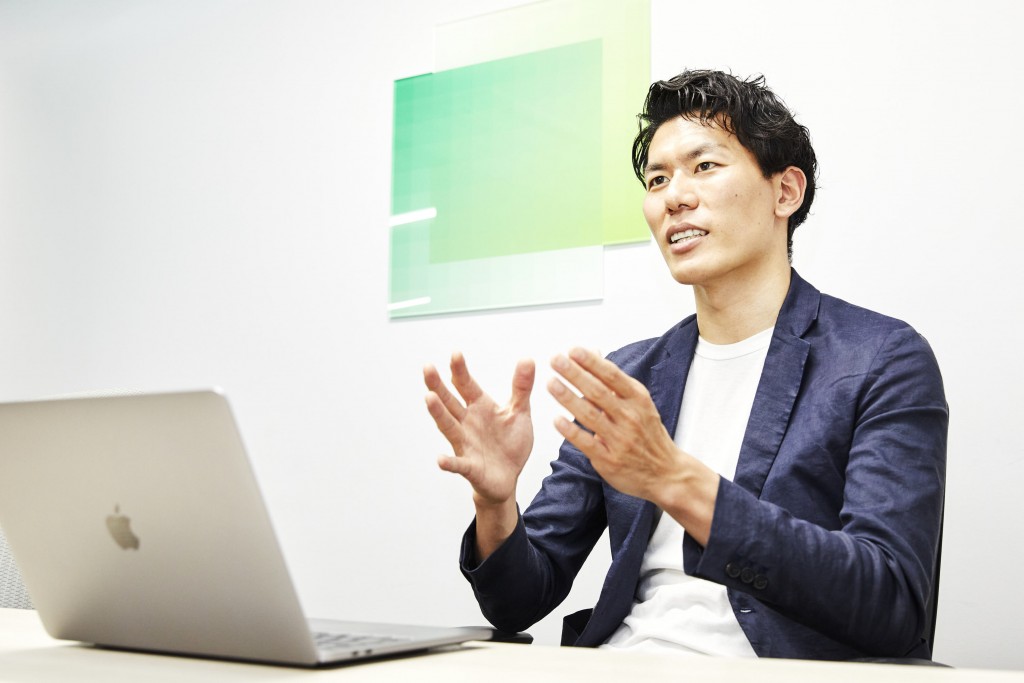 –At the time, iPS cells received a great deal of attention. Could you tell us about the current state of cell research?

Shimahara: Even now, research on cells is very exciting. From the fields of plastic surgery, surgery, and even aesthetics, cell research is making new treatments more accessible.
In particular, regenerative medicine has been attracting attention in the last 10 years. Research to create “mini-organs” from cells to supplement organ functions has been progressing rapidly over the past few years. Technology that was once considered a dream is now becoming a reality.

–I’d like to ask about the merits of university-launched ventures. What are the differences with university laboratories?

Shimahara: The beauty of university-launched ventures is the high degree of freedom. A long time ago, you could do research freely in a university laboratory. Lifetime employment was also available, so you could conduct research according to your interests.
But nowadays, there is almost no lifetime employment. If you don’t produce a certain amount of results within a certain period of time, you can’t move on to the next research. Even if you have finished your doctoral course and become a member of the teaching staff, you cannot continue your research unless you produce results. In order to achieve results, it is no longer possible to conduct research freely as in the past.

— You have to do research strategically to secure a budget at the university.

Shimahara: There are not that many Grants-in-Aid for Scientific Research (KAKEN) at universities, so you have to put a lot of work in under great pressure to win competitive funding. In fact, I have seen laboratories that had to stop experiments because they could not secure funding. It is essential to have a strategy to secure funding in order to do the research you like. 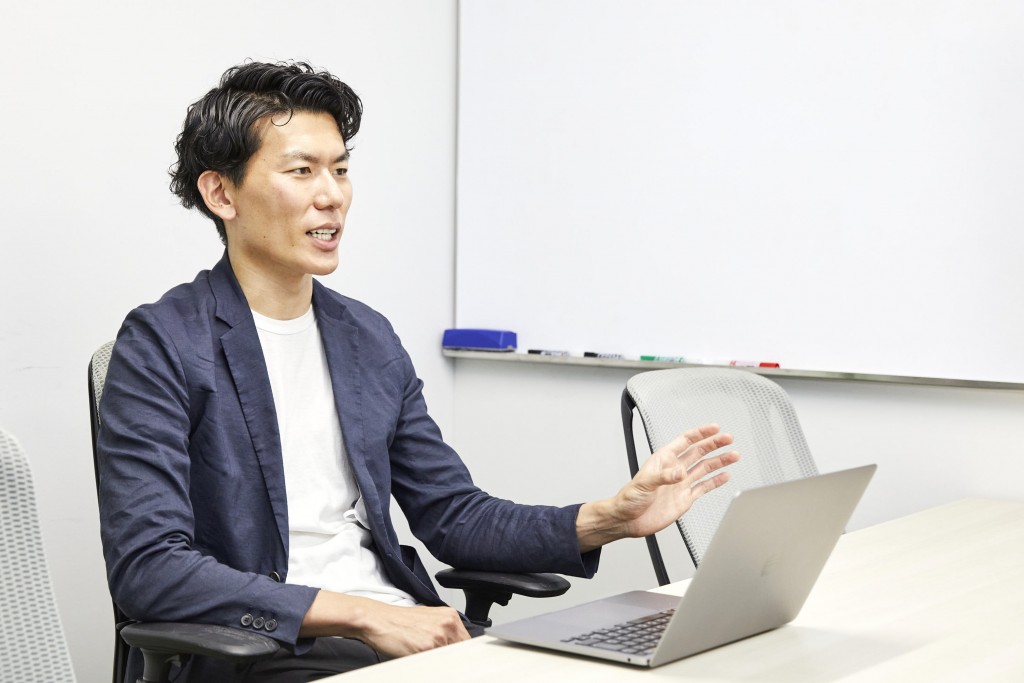 –What about a lab at a major company?

–What do you think is the difference between “joint research” conducted by a university laboratory with a major company and a university-launched venture?

Shimahara: It’s a range of choices. University-launched ventures can do joint research with major companies, and they can also monetize their own business. However, the only way for university laboratories to earn money is through joint research. There is also the option of “licensing income,” but there are very few places in Japan where this is working well.
In that sense, university-launched ventures offer a high degree of freedom because we can build our own businesses.

Shimahara: From an ecosystem perspective, I think it’s important to have an office near the university.
Thinking back, when I went to Silicon Valley for a METI project in 2016, I often saw a wealthy-looking older man at a cafe and two young men talking enthusiastically face-to-face in a cafe. I saw entrepreneurs presenting to investors everywhere.
I thought that this was how venture companies were born, and at the same time, I felt that this kind of role model or system had not yet been established in Japan. In that sense, I think it would be meaningful to set up an office near a university, where the people who support such an ecosystem can come together.

–Was that your goal in setting up your office in Marunouchi?

Shimahara: That’s because Inspired.Lab is an ecosystem in itself, and Marunouchi’s easy accessibility makes it convenient to get anywhere. Recently, we’ve seen an increase in the number of clients who come to us because they know we’re in Marunouchi. We are also benefiting from the growing momentum in open innovation, as major corporations move away from a self-supporting approach and collaborate with academia.
Online tools have recently become popular, but in the phase of creating innovation, it is essential to meet face to face. It’s okay to go online after a trusting relationship has been established, but I think it’s important to be in a location where you can meet in person to maximize the benefits of the ecosystem. 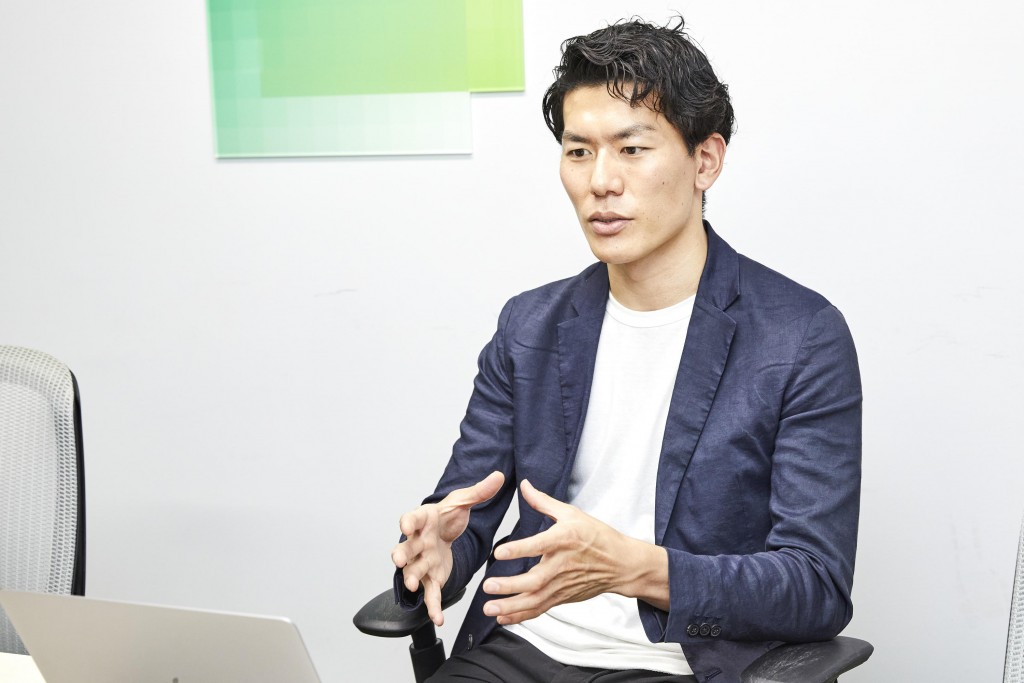 –Tell us about the benefits of belonging to the ecosystem.

Shimahara: In the case of technology startups, it’s not uncommon to find use cases that are different from your initial assumptions. It’s usually because you’re talking to people from different companies and backgrounds.
For example, in our case, a manufacturer took notice of our patent for image analysis and asked us to use it in their factory. I had envisioned using it in the life science field, so it was a pleasant discovery to have our technology highly evaluated by someone outside of that field.
It was a use case that we would never have thought of on our own, so we learned firsthand the importance of talking to various companies. While our main focus is on life sciences, we can also avoid risks by casting the net wide.

–What if a major company wants to co-create with academia?

Shimahara: Nowadays, universities also want to use and sell patents in their businesses, and many of them have established TLOs, or departments that handle patents. If you contact these departments, they will be able to brief you on what you can do with your patent.
If it’s between companies, you might be turned away at the door, but academia is essentially an open forum. You need to be careful not to just have a one-sided conversation, but most faculty members also like to have discussions, so I think they will be happy to help you with a draft.

–Finally, please tell us about the future of life sciences and the outlook for LPIXEL.

Shimahara: Up until now, there has been a lot of “it can’t be helped” when it comes to living creatures. There have been many cases where people have had to give up various things in their lives because they have cancer or have lost half their liver. With the development of life sciences in the future, we will see less and less of that kind of giving up.
Cancer will no longer be an incurable disease, and even if you lose half of your liver, you will be able to regenerate it with stem cells. Recently, the approval of a drug for dementia has become a hot topic. It used to take 5 to 10 years to develop a vaccine, but the new COVID-19 vaccine was completed in less than a year.
If we were to achieve immortality, it would be as difficult as walking to the moon, but if we were to create “mini-organs” and restore their functions, we should be able to achieve a lot in the next 10 years.
In such an era, LPIXEL would like to provide the highest level of AI in the medical industry as well as in drug discovery and regenerative medicine. In the field of drug discovery, where it currently takes 10 years to develop a drug, if it can be created in 5 years through AI, we can say that we have contributed to society.
We also believe that there are things that we can do because we have two technologies, life science and AI. We aim to be a company that can create new value following medicine and drug discoveries and implement it in society faster than anyone else.

・Of the ¥40 trillion in medical expenses in Japan, 90% is for treatment, and the majority of that is for drugs.
・The advantage of university-launched ventures is their high degree of freedom. Research laboratories are under a lot of pressure to make efforts to obtain competitive funding, while companies have to conduct research in line with their strategies.
・University-launched ventures have a wide range of options; they can conduct joint research with major companies and can also monetize their own business.
・It is meaningful to set up an office near a university where people who support the ecosystem can come together.
・When belonging to an ecosystem, technology startups may find use cases that are different from their initial assumptions.